The MT-01 was born, was and remains a very special roadster in production. A chassis worthy of an R1 with a huge custom engine in it, you had to dare. Imagine a couple of trucks, a twin as big as your sister-in-law breaking before 6000 rpm, hypersport brakes…. and today, with this limited edition SP, Yamaha is adding the cream of the suspension: an inverted fork and a shock absorber signed Ohlins

Just something to have fun? No, just take the KODO (Japanese word meaning the pulsation of the soul or the external pressure of latent power) experience a little further. This MT-01 SP not only plays the sport card with Pirelli Diablo Rosso tires, its top-of-the-range suspension, its die-cast aluminum chassis, its swingarm with inverted reinforcement, its 6-piston radial calipers; but also that of charisma with a specific, provocative and seductive decoration. Two-tone white-red tank, gold-colored rims, seat in red and black, new chrome finish of several components, protective nano-film on the metallic finish of the exhaust, and to overhang this magnificent Ohlins fork, the MT- 01 SP swaps its 25.4 mm diameter handlebars for a 28.6 model fixed on aluminum saddles cut in the mass.
More style, more nobility for this most atypical roadster. Singular, the MT-01 SP has a lot to do to fight against the popular image of current street fighters. It is one of those machines designed for those who want to ride different, have fun with other sensations, other thrills. 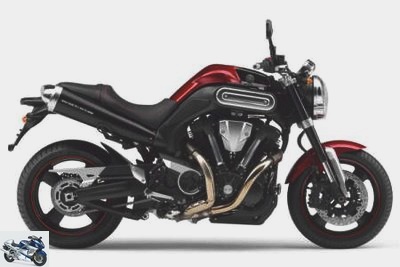 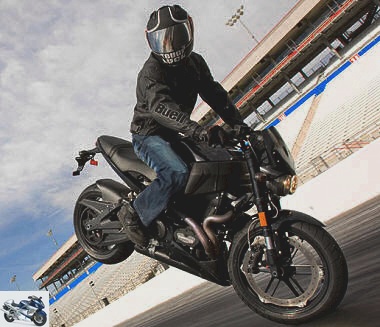 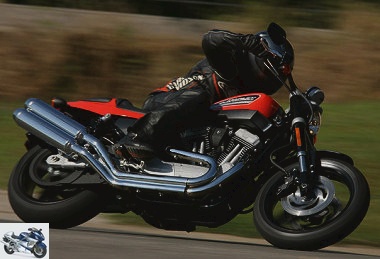 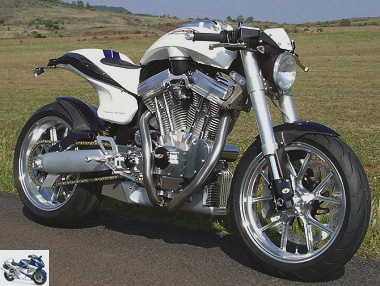 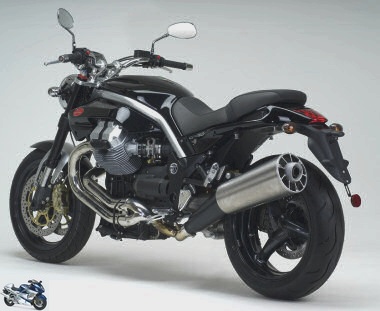 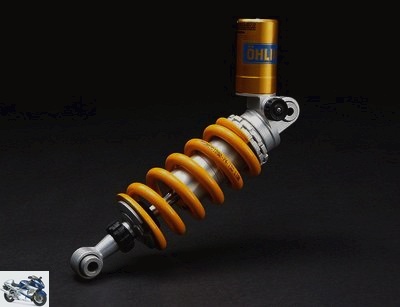 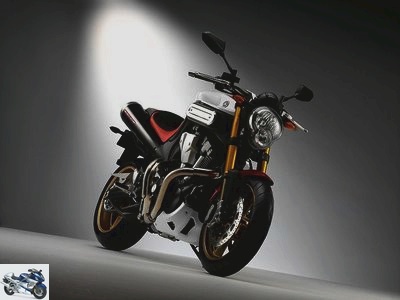 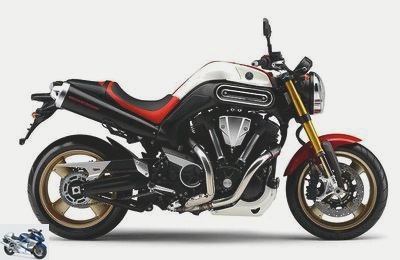 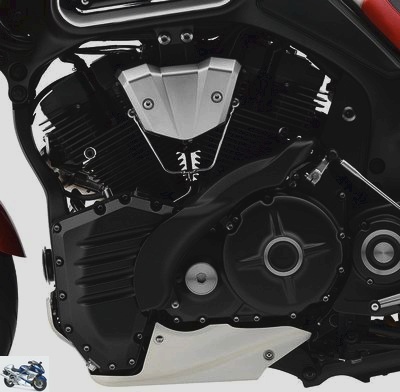 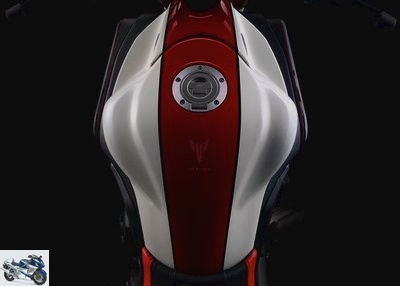 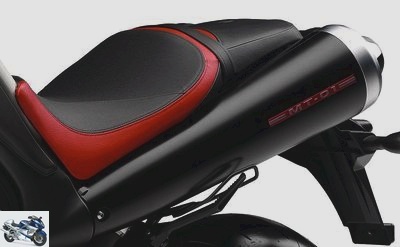 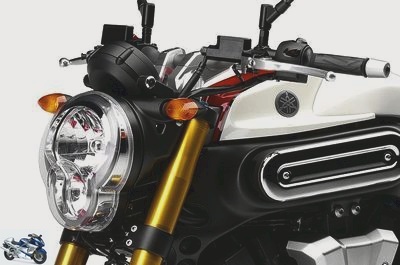 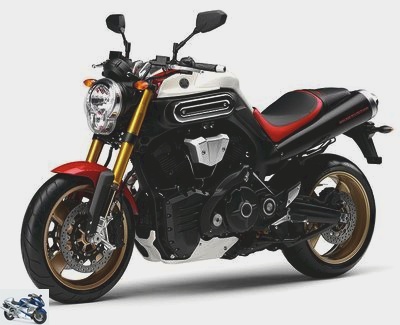 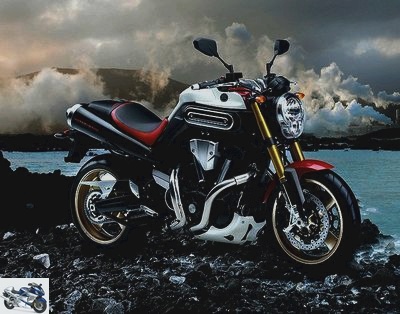 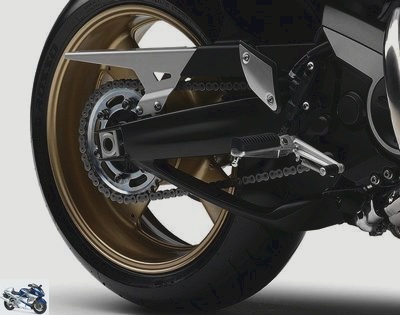 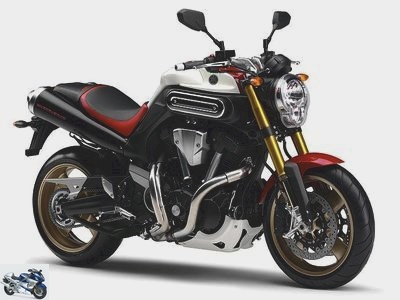 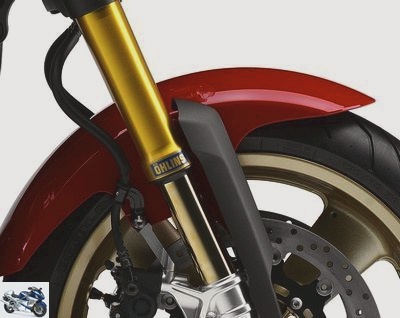 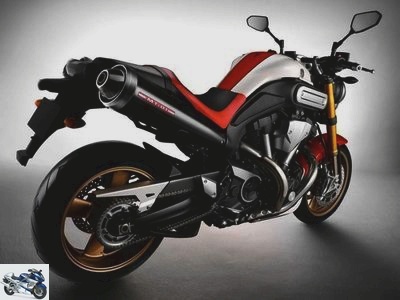 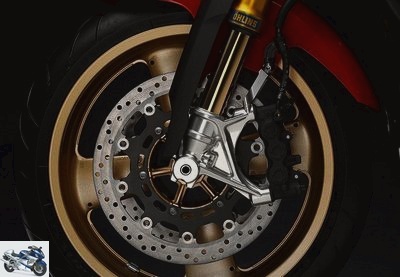 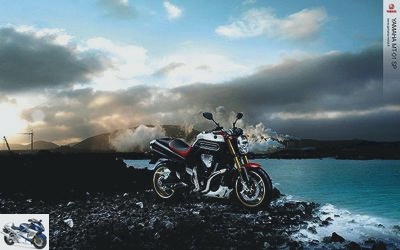 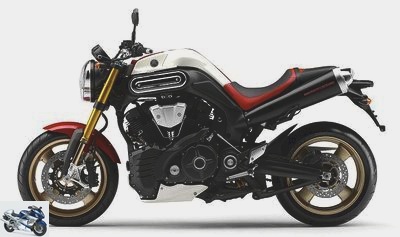 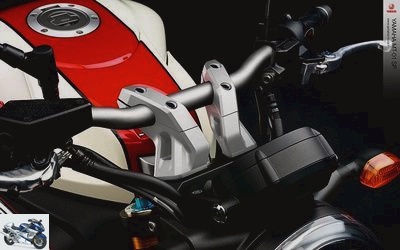