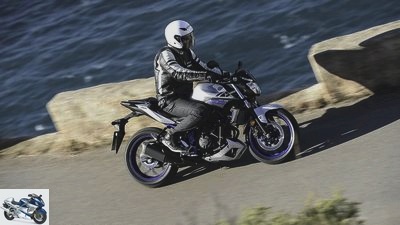 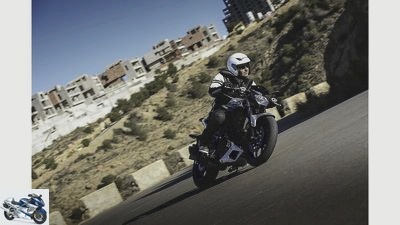 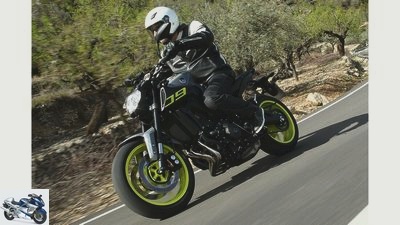 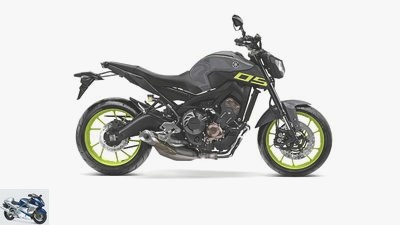 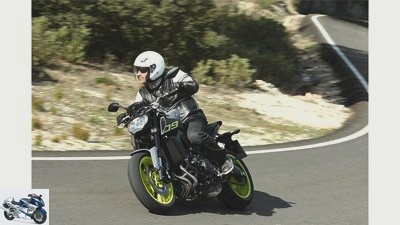 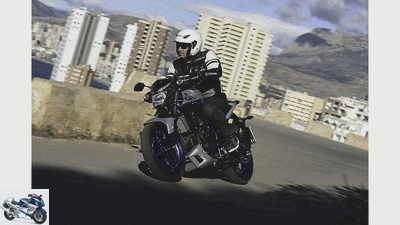 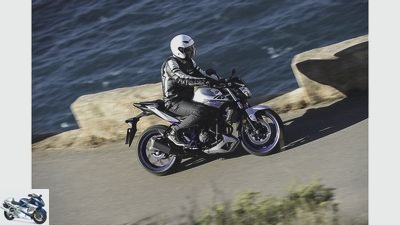 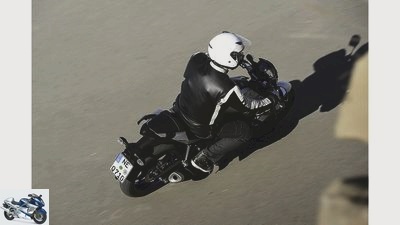 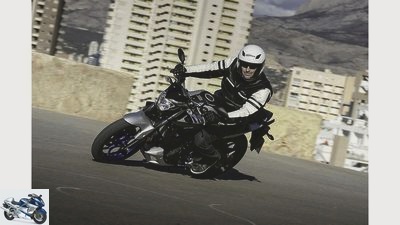 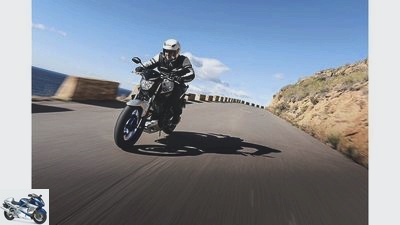 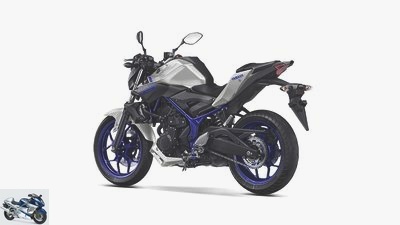 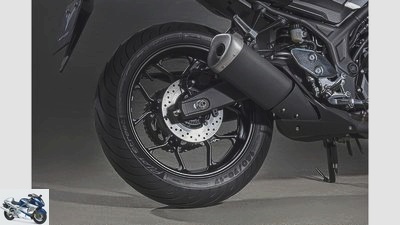 11/15
Whether frame, swing arm or exhaust: steel is the dominant material of the MT-03. 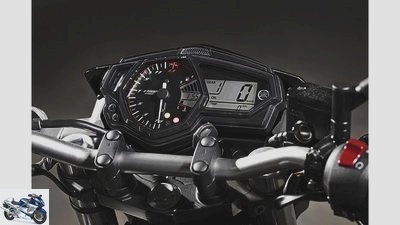 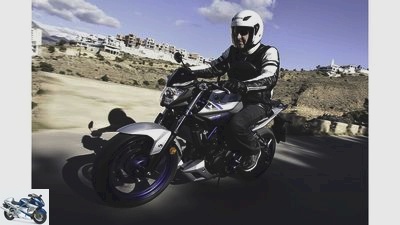 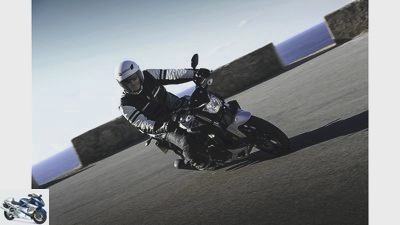 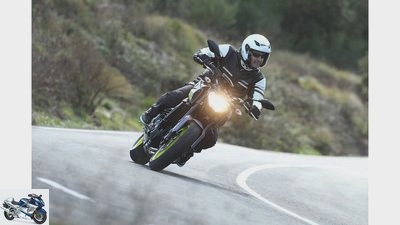 Yamaha MT-03 in the driving report

Some people try to buy credit card freedom. But it’s much easier: Take a small, cheeky, uncomplicated bike and let the wind blow around your face.

Obviously one has to get used to the idea that the principle of the eternal “Faster! Higher! Next! ”Will never be over, even though the limit of what is sensible and, above all, what is generally feasible has long been reached in many things with which today’s so-called consumer surrounds himself. Whether you’re stuck in a traffic jam with the 300 hp sedan, using the computer with tens of gigabytes of RAM as a typewriter, or desperately trying to get the possibilities of your 100 plus x hp motorcycle in compliance with the road traffic regulations.

If you don’t want to or can’t take part in the whole circus – be it for reasons of reason or budget – there’s something new from Yamaha for you. Based on the bonsai athlete R3 presented in 2015, the Japanese conjured up a stylish naked bike out of the hat. Whereby: They didn’t have to do much magic. The differences to the sportswoman are limited to the fact that the fairing is no longer needed and the handlebars are replaced with tubular handlebars. As a result, the rubber grips move 19 mm to the rear, 39 mm to the top and 40 mm to the outside. Whereupon the sitting position changes permanently in the direction of upright. The rest of the small ones made in Indonesia Yamaha MT-03 rightly remains unchanged.

I am allowed to shoot here, it has to be here!

Although the Yamaha MT-03 is primarily intended for the Asian markets, attention was paid to the needs of the world market during development. As a result, on the one hand, the low seat height offers local customers safe contact with the ground, on the other hand, the tank is designed in such a way that even western long-legged people can stay without contortion. Fine thing that.

the Yamaha MT-03 is primarily aimed at newcomers and those returning to the sport, which is why the lively twin only produces 42 hp in order to meet the A2 driving license regulations. That seems poor to old hands in view of today’s achievements, but a look back to one’s own beginnings puts things right: Anyone who started motorcycling in the late 80s and fell under the tier driving license rules had to be content with 27 hp. And they liked to be found in bikes like the Honda CB 400, Suzuki GS 400 or Yamaha XS 400, which were even heavier than today’s Yamaha MT-03. Not to mention the differences in chassis, brakes and tires. The development from then to now can actually be experienced by everyone.

But back to the Yamaha MT-03: Even on closer inspection, it looks very grown-up. The stickers are not painted over, and you can already see the need to save costs in some details, but on the whole it fits. Michelin Pilot Street tires take care of the grip, a slightly underdamped chassis, which is not adjustable except for the rear spring preload, takes care of the road holding. The parallel twin, whose pistons work in opposite directions, ensures pleasant entertainment. If things are going to move quickly, the six-speed gearbox, which cannot be shifted very precisely, has to be tried hard. True to the motto: I can shoot here, it has to be here! It is a task that is as enjoyable as it demands concentration, to keep the little twin always in the correct speed range so as not to lose any momentum. It should be 7000 revolutions if you want to pick up speed quickly, at the top the shift light warns you to change gears from 11,000 revs.

In the lower speed range, the engine is lambolous and thoroughly cultivated. But there is no full draft due to the lack of displacement. As is common today not only with athletes, the cylinder axis, for example, is not directly above the crankshaft axis, but is offset forward by seven millimeters. This is supposed to reduce internal friction. Likewise, the waiver of a crankshaft with offset crank pins to achieve the typical V2 sound. Since increased performance cannot have been the motivation, it will probably be about reducing consumption.

With the YZF-R3, which has already passed the MOTORRAD test and, according to Yamaha, is technically identical, these efforts hardly seem to have borne fruit. At 3.6 liters, it had the highest consumption in a comparison test of the 300 class. But let’s be surprised. New bike, new attempt. In general, it can be said that the Yamaha MT-03 is a nice to look at as well as a functionally successful way to renounce the eternal arms race. And if it’s a second bike. At 4995 euros, it’s not too expensive either. The freedom, grant it to you!