Yamaha’s first collaboration with the famous tuner Shinya Kimura gave birth to the astonishing “Faster Son”, which testifies to the philosophy of the Japanese tuners.

For the “Faster Son” project, Shinya worked with the latest parallel twin engine that powers the modern Yamaha MT-07 range, finding inspiration in powerful energy, rich in torque. “I thought to myself that whoever built this engine must really like motorcycles,” he comments..

“When I created the ‘Faster Son’, I wanted to give free rein to my desires without compromising the important functions of steering, stopping, accelerating and negotiating turns,” Shinya emphasizes. “The engine is the result of new technology from Yamaha; it doesn’t look like retro engines with nice cooling fins, but the overall design of the bike doesn’t hide the new design facets or the nostalgic side; it makes it the symbiosis.”

“The reservations I feared I had at the start turned out to be unfounded, as it was a timeless design, but one that incorporated the best features. Whether you are using a retro engine or a modern one, the two have one thing in common: a functional aspect to which you give shape. I think I have succeeded in creating a motorcycle that combines history, retro style and modern technology, which promises a great driving experience. “ 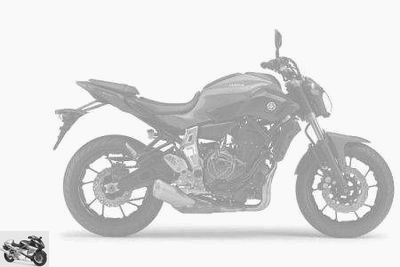