Hybrid halfway between the sporty and the “tough guy” roadster, the MT-10 sweats the big watts and announces unparalleled performance thanks to the 998 cm3 cross-plane derived from the R1.

Aesthetically, the affiliation with the supersport is quite obvious thanks to this dual-optic front panel inspired by the R1, while respecting the standards of the MT family and its side scoops.

The result, tortured and complex at will, will certainly leave no one indifferent. Its ultra-short wheelbase (1400mm) further accentuates its stocky, crisp appearance at the front and makes this new MT the most compact roadster in its class. In terms of colors, Yamaha has chosen blackness while adding touches of ‘electric’ colors for a resolutely urban result ‘.

On the mill side, Iwata’s engineers therefore started with the R1’s 998cc cross-plane 4-cylinder, which they revised and corrected to provide more torque at low and mid-range. For this, they worked on the fuel system, air intake, exhaust and grafted a new crankshaft with optimized inertia masses. The power is worthy of the most belligerent machines in the category, with 160 horsepower pointing at 11,500 rpm. A little couple to flavor it?!? Not very much ! That is 11.3 mkg at the peak of 9,000 revs. But don’t tell me it’s not true…

To tame this ‘maxi-naked’, the pilot will be able to count on a host of high-tech assistance.
The D-MODE system will thus make it possible to choose between three engine behavior modes. Standard, Sport (A) or Soft (B). Acting on the throttle opening, ignition timing and fuel injection volume, each mode will thus adapt to each situation.
The MT-10 also has a traction control system (TCS) which, unlike that of the MT-09 Tracer, will be adjustable on 3 levels of intervention.
In addition to its engine, the MT-10 also inherits the R1’s assisted clutch (anti-dribble system).
To cruise in peace, the MT-10 is adorned with a cruise control that can be operated in 4th, 5th and 6th gears, between 50 and 180 km / h from the left handle. Once activated, the speed can be increased or decreased in steps of 2km / h with a simple press of the switch. This system will automatically deactivate in the event of action on the brakes, clutch or throttle.

In terms of the chassis, the MT-10 embeds the aluminum deltabox frame also from the R1 and largely reworked to offer a more roadster-style driving position. The forward lean position has been set at a slightly greater angle than on the MT-09 to ensure optimum comfort at high speeds. The wide, straight and slightly rear-facing handlebars allow a natural seating position suitable for sporty driving.

Equipment side, the suspensions are taken from the R1, namely an inverted KYB fork of 43 mm offering a travel of 120 mm, associated with a trellis-type swingarm and a KYB monocross shock absorber. To brake the set, you’ll need two 320mm discs with 4-piston radial calipers at the front and a 220mm disc with single-piston caliper at the rear. ABS is standard.

The MT-10 gets a new LCD multifunction instrument panel.
Finally, Yamaha specifies that the bike incorporates several elements deliberately exposed, which illustrate the possibilities of customization offered by the MT-10, such as the installation of different screens or side bags, for example.. 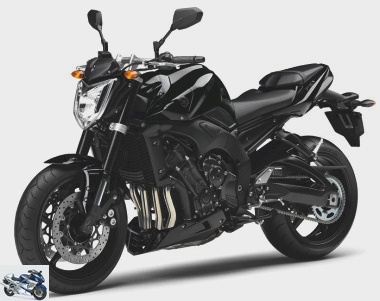 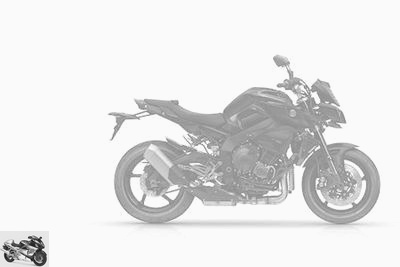 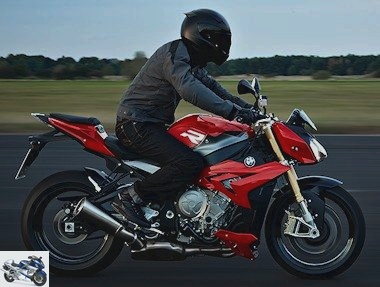 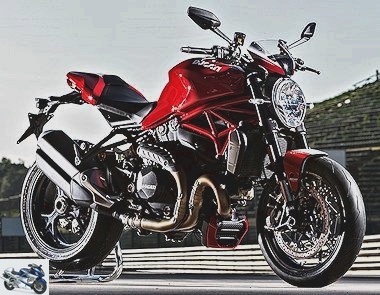 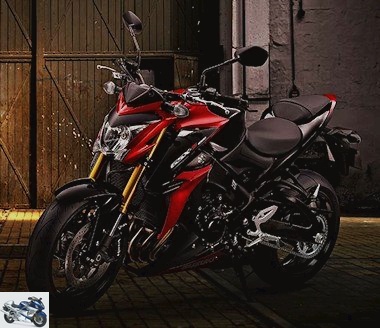 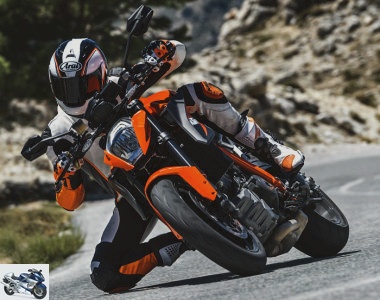 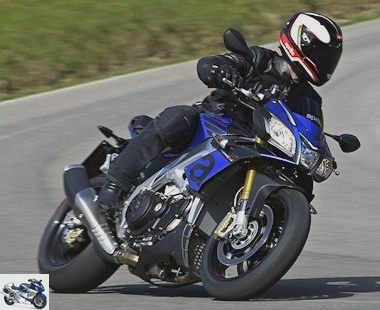 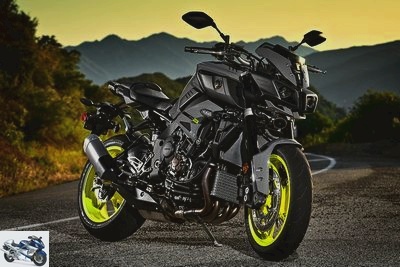 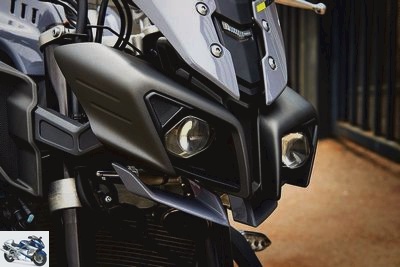 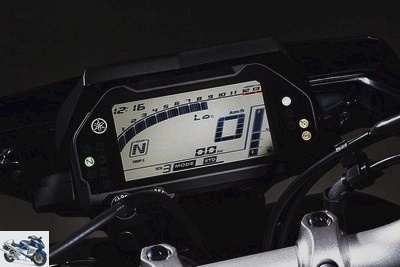 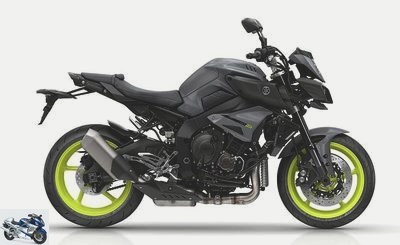 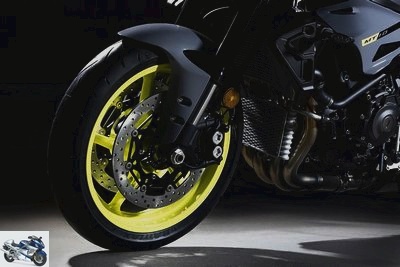 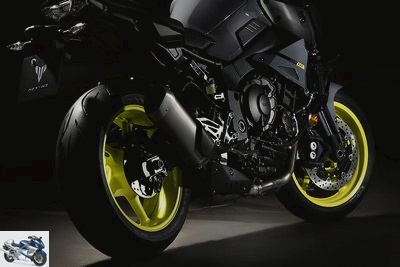 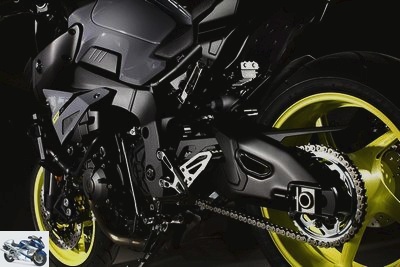 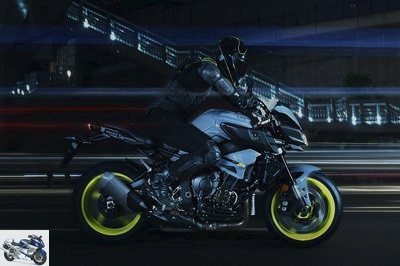 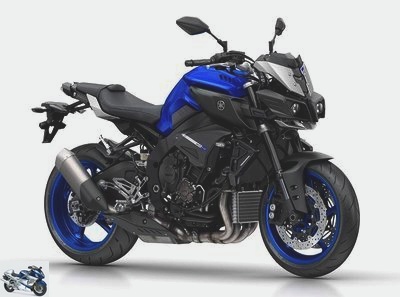 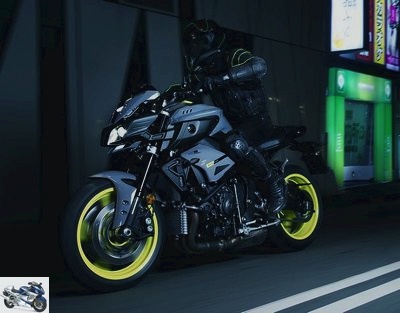 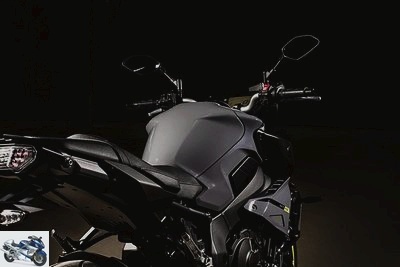 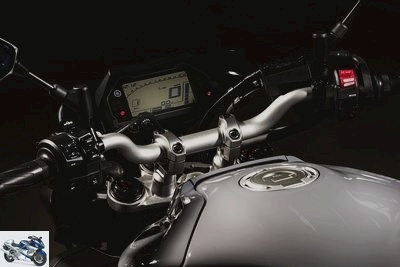 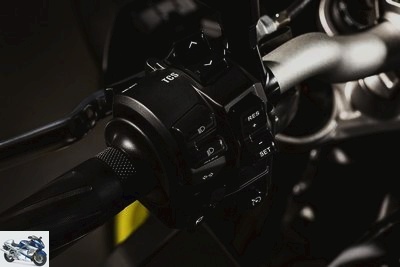 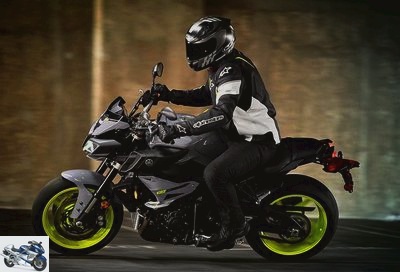 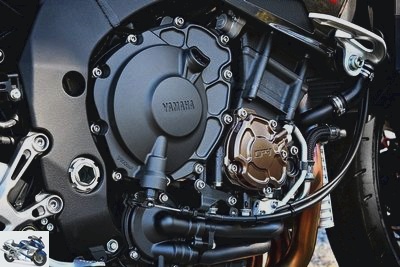 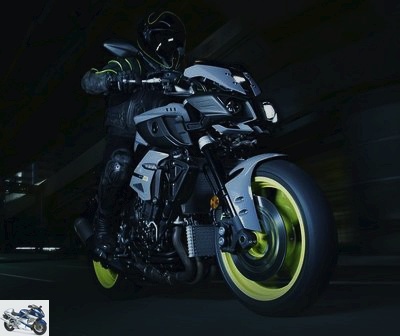 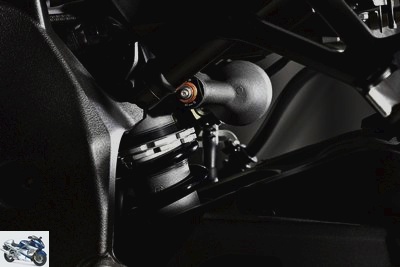 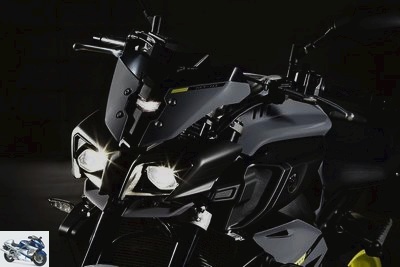 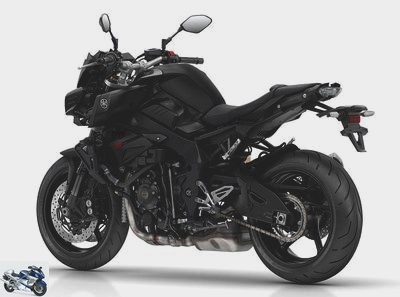 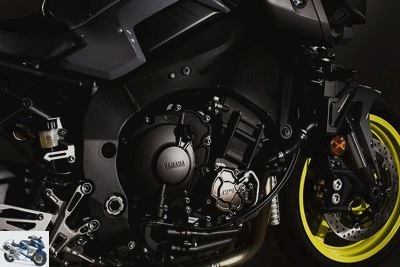 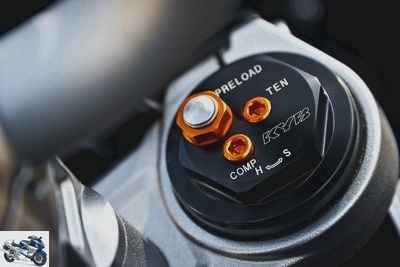 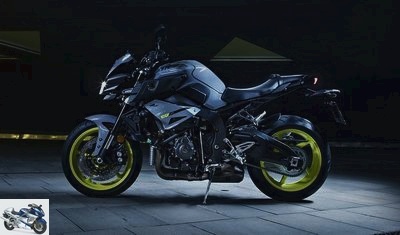