What would you think if tomorrow, you could find in dealership a Renault 4L, a Peugeot 205, a VCR … new and from the factory?!? Yamaha offers us a little that with the return of a famous model from the end of the 70s. It has not aged this SR 400, and as the revival remains in fashion, there is no reason to deprive yourself of it..

Be careful, this is not a neo-retro interpretation like the BMW 1200 Nine T or a Vintage like the Guzzi V7 or Triumph Thuxton. No, the 2015 SR 400 is almost the same as its 1978 ancestor. And for good reason, it is not a real novelty but a re-introduction on the French market. The SR 400 has never ceased to be sold in Japan, where it is a star, especially since it lends itself readily to any type of preparation. Only a few essential changes have been added to its course for decades. The injection replaced the carbs and a catalyst installed in the muffler. But the main thing is summed up as follows: it is not a modern motorcycle with a retro style … it is a retro motorcycle sold today as it was 10, 20 years ago, 35 years ago. !

The mono derivative of the 500 XT engine is therefore almost the same as at its beginnings. With dimensions of 87 x 67.2 mm, it favors torque and responsiveness at low speeds. The technical sheet seems to come from a yellowed catalog that we would have unearthed in the treasure chest of a great uncle. 2 valves, 1 ACT, 8.5: 1 compression ratio; technology with Giscard d’Estaing sauce. An effort was nevertheless made to improve its torque with a larger air box and a larger 47 mm intake valve. The end of the day is the start that takes place as before: with a kick. Nostalgic people will love it. The young people will have to learn to give hocks, find the compression point (there is a witness on the cylinder head to facilitate the job), use the decompressor or taste the happiness of taking a kick kick in the calf.

Yes, yes, it is a completely original chassis (not to be confused with original) that holds the SR 400 to you. A semi-split steel cradle frame, with the engine oil as a special feature. passes through the main vertical tube. The suspension elements consist of a classic fork and 2 side shock absorbers. The SR 400 also kept its 18-inch spoked rims, a front brake disc and a rear drum..

At the time, the SR 400 was considered a utility. With vintage fashion, chrome and retro charm, the SR 400 becomes a Sport Heritage and made a noticeable comeback … while it’s still the same type of bike, with a ridiculous power of 23 horsepower, a technology forgotten in the boxes and whose design has not changed. hair since the disappearance of Claude François. And that’s why it will please, and all those who strive to vocalize that “it was better before” will have a perfect example available. In fact, with the SR 400, it’s not really a bike you treat yourself to, it’s its soul, and the fun of the simple things. The price makes you cough, and seems to us little in adequacy for the SR to make a place in the sun. 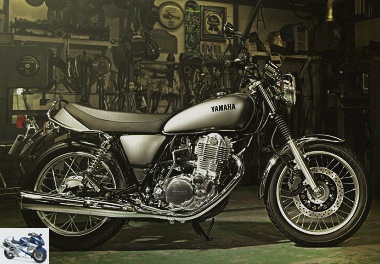 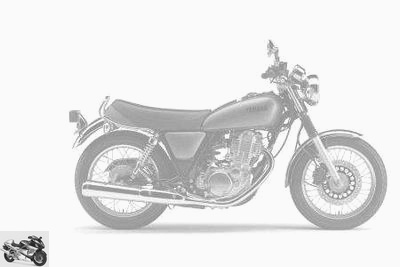 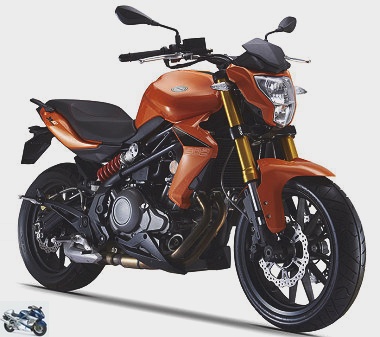 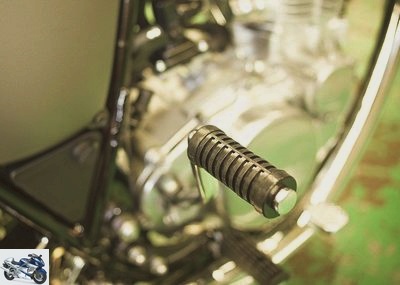 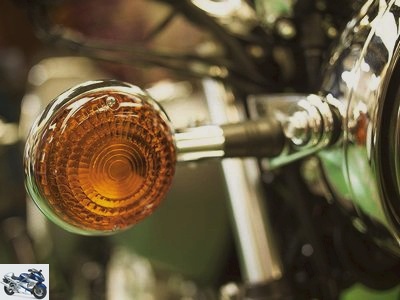 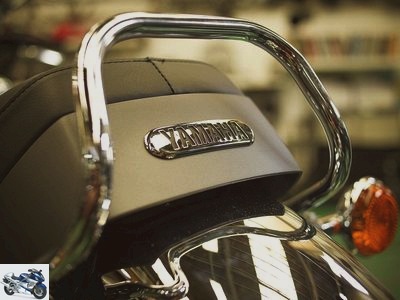 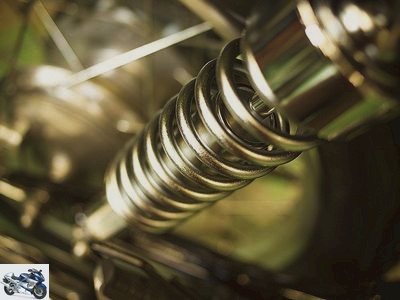 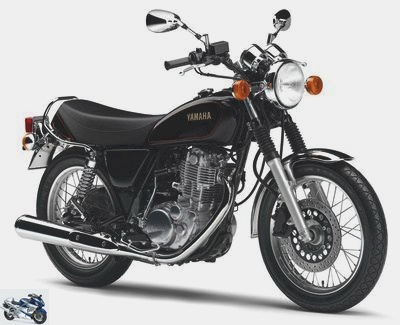 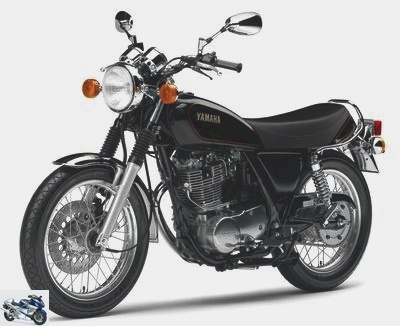 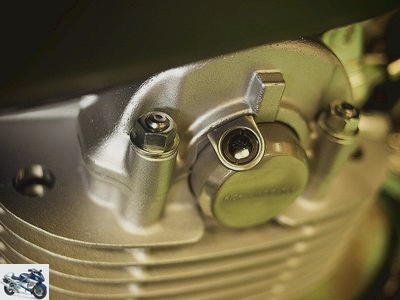 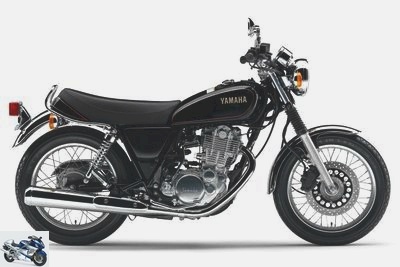 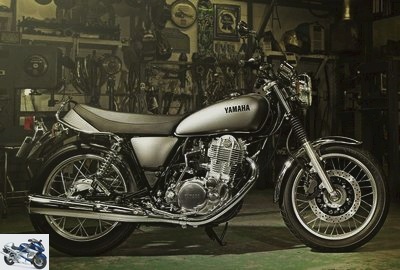 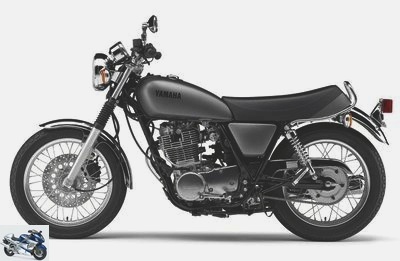 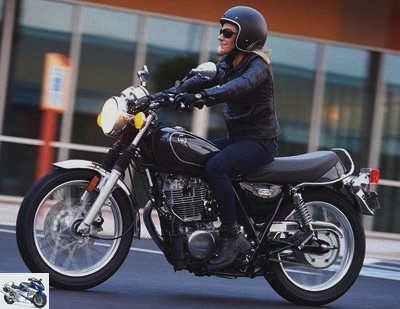 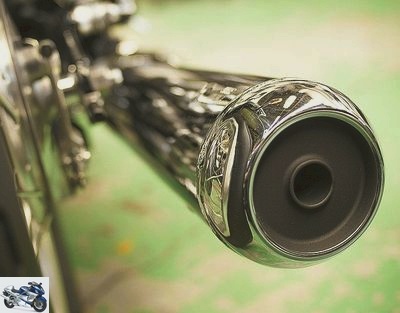 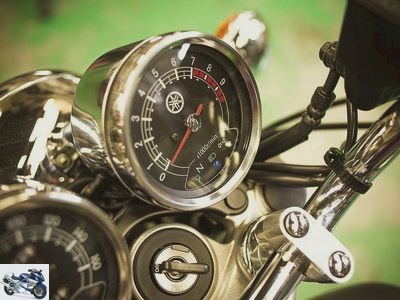 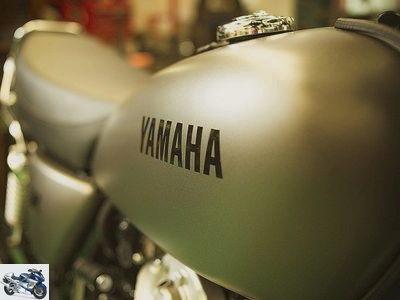 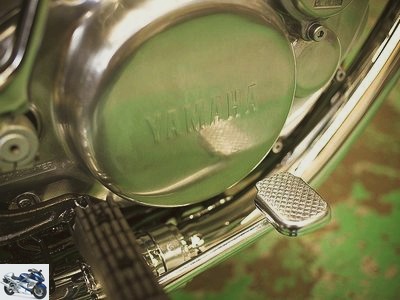 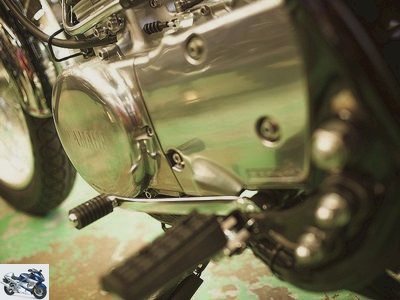 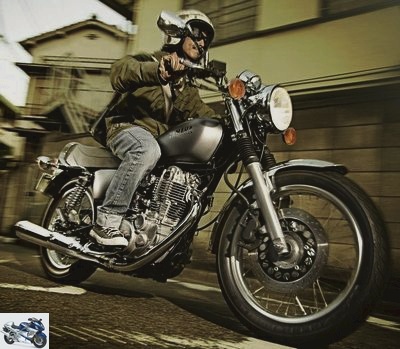 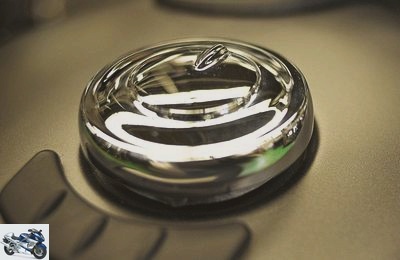 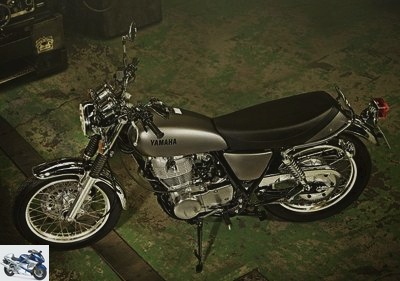 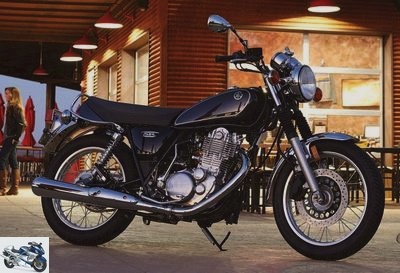 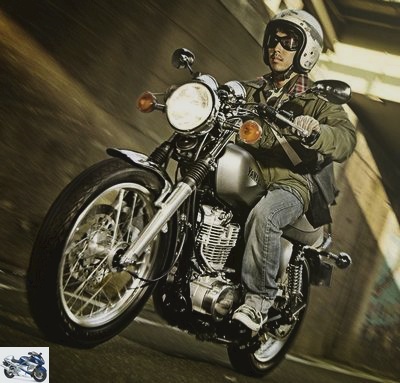 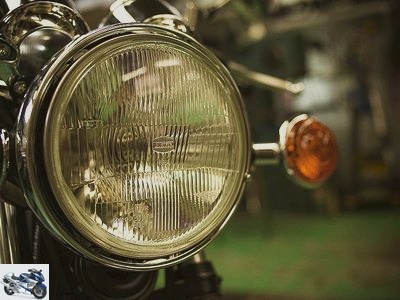