Yamaha declines its GT concept on one more model, in this case its intrinsic TDM 900. Half-trail, half-road, the TDM has always been a motorcycle apart in production since its appearance in 1991. This GT version is an even more special case.

First of all, it is an exclusion for France; then Yamaha designed it based on their experience providing the administration of the hexagon (have you ever been careful with the TDM 900s from the police?!?).

1st step: integration of a set of suitcases. But in order not to excessively increase the overall width, YMF has completely modified the rear shell to accommodate the bags. Do you find them a bit small? No problem: there are 4 cm wider, which can accommodate a full face helmet. But these boxes are an accessory.
Deuzio, improve protection … and take the opportunity to refine the GT look. The fork crown now incorporates the mirrors (fixed on the handlebars the standard TDM), a higher and wider screen, and a pair of deflectors at the level of the hands. An engine guard going up to the shoulders of the machine completes the dressing.

For driving pleasure and safety, the TDM 900 GT can count without worry on its perimeter aluminum frame enclosing the large parallel twin of 897 cm3, the ABS as standard, and a greater suspension travel than the traditional GTs..

Well, of course, the price of this TDM special series is increased compared to the standard version. Count 1800 euros more than the TDM ABS, and 2000 if you opt for the \ “Full Pack \” with a central stand and larger suitcases. Colors available: midnight blue – gray – black, from March 2009.


on 34 opinion
users
Read the reviews 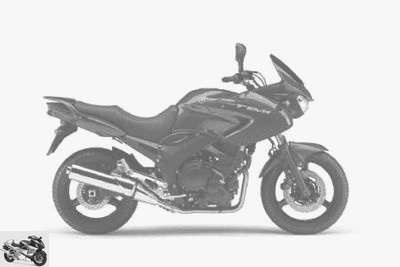 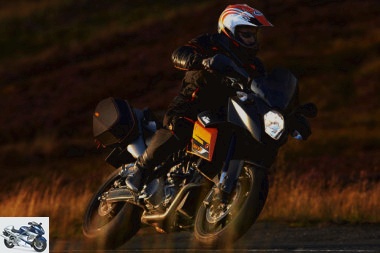 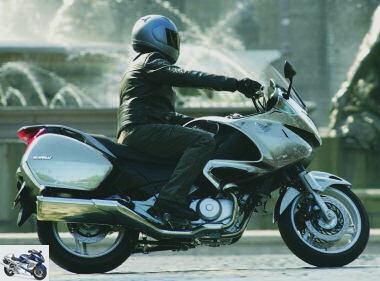