He began to have the Super T bottle out of the bottle. Yamaha renewed his confidence in him, but the competition was more reactive. On the side of BM, KTM and Triumph, we are not slacking off. Besides, when was the last time we touched up the machine? 2014 if I’m not mistaken.

Don’t look for stylistic differences. On the design side, this is limited to imperceptible changes: LED indicators and new protections for the headlights. On board, we discover an all digital dashboard with a bonus display of the gear engaged. On the 1200 Super-T “evo”, the equipment gets richer … and poorer. The center stand and the top case support have disappeared. Conversely, the saddle becomes more comfortable, the screen is manually adjusted to 4 positions and a speed regulator is introduced. For 2017, we note the compliance with Euro4 standards.

Engine side, 2 horses join the stud. Nothing overwhelming, and that’s not the most interesting. The interest comes from engine modifications (camshaft, segments, enlarged intake and exhaust ports, new exhaust) aimed at making the engine more flexible. The twin now has 112 horsepower and almost 12 mkg of torque. Add to that the D-mode system which offers you two improved maps, for the city or more sporty, and you get a machine more pleasant to take..

Super Tenere 1200 XTZ 1st version: Yamaha’s big trail-GT. High, majestic, with Touareg accents and a desire for space. Yamaha will have decidedly taken a bunch of years to offer its faithful a machine taking up the torch of the adventurer of the 90s. But today’s XTZ 1200 no longer has much to do with the 750 adventurer born. in 1989. It smelled of hot sand and the bewitching perfumes of rally-raids … Today it flirts with grand tourism. Its name still evokes the famous African desert, but will it put its wheels between the ruts of the Atlas? Rather in the shelves of the BMW R 1200 GS. The debauchery of technology and on-board equipment speak for themselves.

But before diving into the bowels of the biggest XT, let’s be charmed for a few moments by this sand vessel. Those who are nostalgic will have guessed, hidden in the filigree, a touch of the spirit of the Gallic-colored machines rushing towards the pink lake.
The cat’s eyes are intimidating, mysterious, and above all far from the strange gaze of little cousin adventurer 660 Tenere. And if its build seems imposing to you, with its thick shoulders and its sturdy stature (in short, not too suitable to thwart the traps of the dunes), the Yam staff has nevertheless developed this bike for several types of travel: the asphalt road European version or the track dust version.

The predecessor had a parallel twin – so will the 2010 XTZ. Except that the numbers have swelled, a lot. To launch into the 2nd decade of the 3rd millennium, Yam brought us a brand new 1199 cm3 mill. Set at 270 °, devibrated by 2 balancing pendulums and equipped with a dry sump, this big mill did not bet everything on power.

And do you know what you can find on the trails now? Electronics galore. And not just to regulate the mixture according to the 2 lambda probes. No, there are bits of MotoGP in there, like in the hypersportive R1. Right hand controls were added to the YCC-T and traction control. Clearly, an electronic throttle assisted by a system that measures the rotational speeds of the wheels. As soon as it grinds in the semolina, the Traction Control intervenes according to 3 modes to choose from:

1) TCS1 (standard): it comes into operation as soon as the rear wheel slips.
2) TCS2: it reduces the effect of Traction Control and allows a slight slip.
3) Off mode: totally disconnected.
In addition to Traction Control, different maps are available:
a) sport “S”: instant response for more performance
b) “T” touring: provides greater flexibility

On the traction side, the tuning forks brand did not do things by halves. On the braking side, there’s a lot there too. No radial mounting (not really necessary for a trail….) For the brake calipers but a nice nod to the sport – they look the same as the R1 2002-2003. For fun, the discs are petals, aka wave type. For efficiency, ABS is standard, combined with a coupled brake system. Do you brake from the front? The coupling is automatically distributed between the front and the rear taking into account the speed, the weight of the crew and the effort exerted on the lever. Do you brake from the rear? It does not engage the front brake, to give the driver freedom of control of the nose gear, especially off-road driving..

For the chassis of his Trail 1200, Yam did not choose aluminum and relies on a steel frame, more suitable for mopping the trails. Up front, nothing less than a good big inverted fork 43mm in diameter, adjustable for rebound, compression and pre-stress. The rear shock is not entitled to its compression adjustment, but its adjustment dial is very accessible. The center of gravity and the weight distribution have been carefully adjusted…. But in terms of weight, it still gets stuck. 257 kg in this phase II; 4 less than the first version, but it is still significant. A handful of gravel less than an old Varadero, but about thirty kilos more than in Germany or Austria.

Like many machines intended for road cutting, the Super Tenere has a cardan shaft transmission. We will not be entitled to the superb single-sided arm of the concept presented in Tokyo; but we will be consoled by the reduced maintenance of this type of transmission. It remains to be seen whether this gimbal will be able to compete with the formidable Paralever of the GS. Spoked rims are welcome, especially if you plan to go (intentionally) off the road for the trail. The Yam has provided for its protection, with an aluminum belly pan (standard in 2010 with the First Edition pack) and radiators raised in the side walls, as on the Honda varadero, which itself had piqued the idea at the VTR 1000 F. Less exposed, protected by imposing covers, the heat exchangers will not fear a suicidal stone or a sleepwalking fennec.

Trail from start to finish, the XTZ 1200 is designed for both standing and seated riding thanks to the handlebar position and the footrest structure. The standard hand guards are obviously part of the game, the rear part of the frame is reinforced to accommodate all the mess needed, and we do not forget the little essentials that are annoying when they are absent: 12 V socket, adjustable saddle in height (845 to 870 mm), adjustable windshield, and acceptable range with this 23 liter tank. Greater capacity might not have been a luxury…. Luggage and accessories side, it will now be necessary to dig into the options side.

Yam offers a great trail in its range to compete with the 1250 GS, 1200 Crosstourer, KTM 1090 Adventure, and other adventurers – The fire 900 TDM could not fulfill this mission, neither in its ropes, nor in its temperament. This adventurer, the Super Tenere, has to fight in a segment where competition is the main battle today. Offer adventure better than the KTM Adventure or travel in the style of the BMS GS, or even both … The bet is daring, But Yamaha is not the type to cut its cards if it does not a very good game that follows. 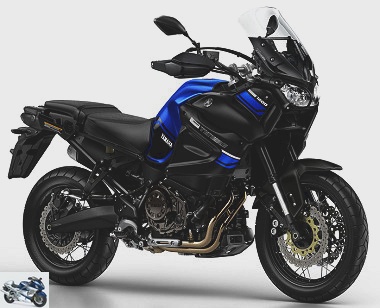 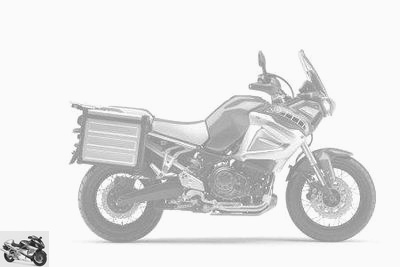 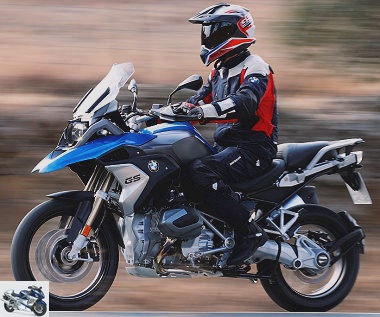 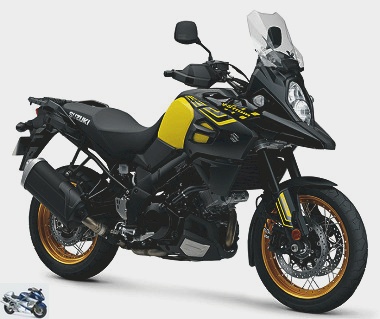 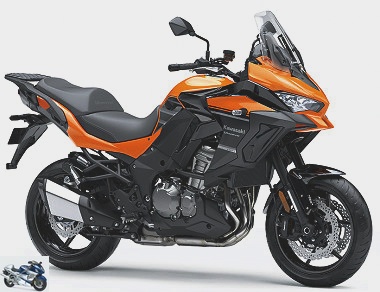 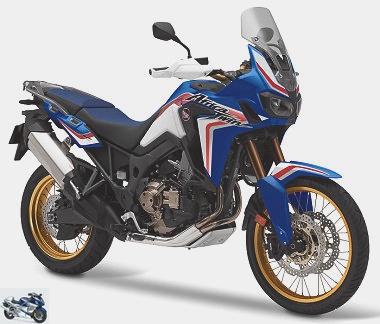 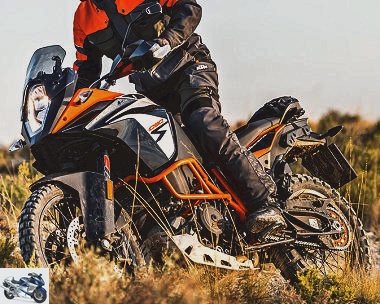 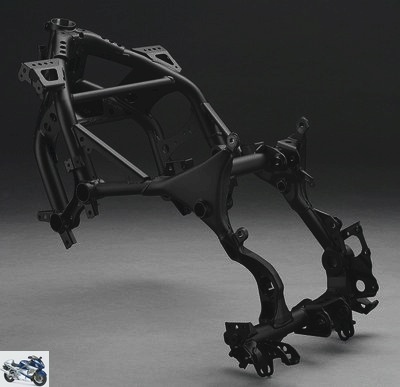 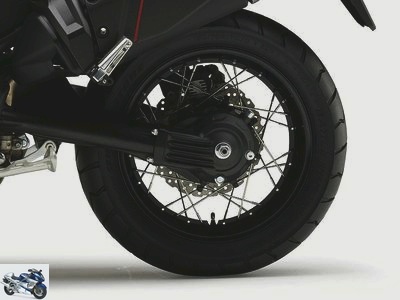 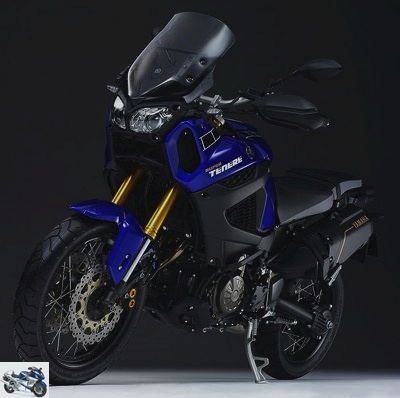 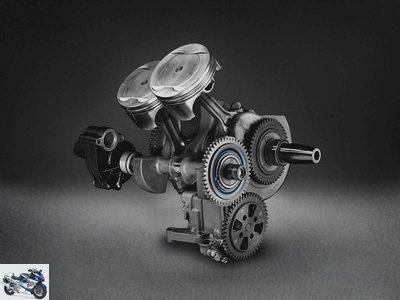 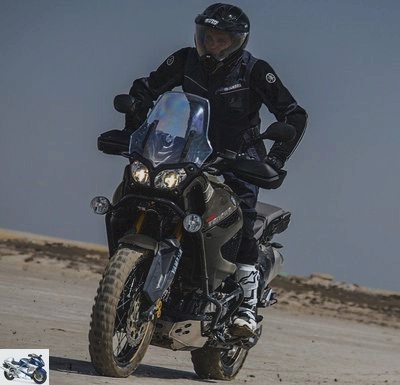 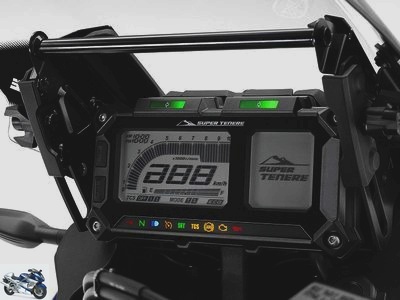 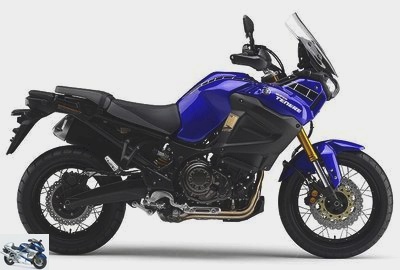 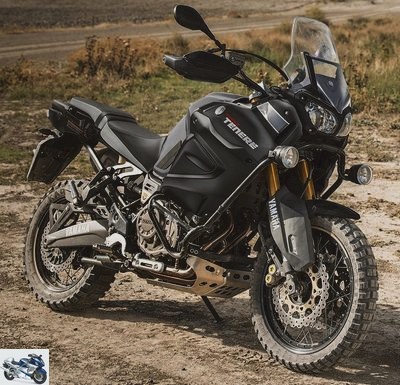 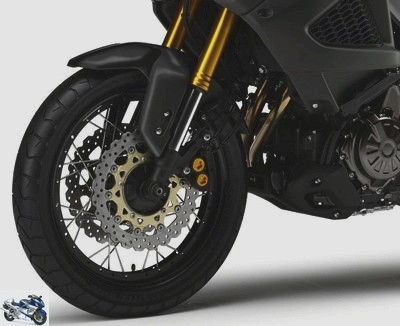 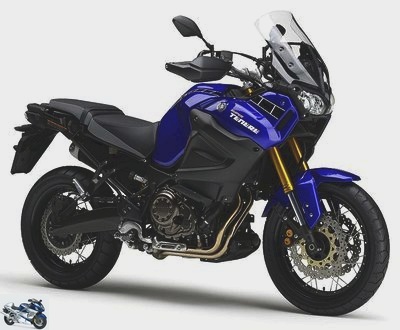 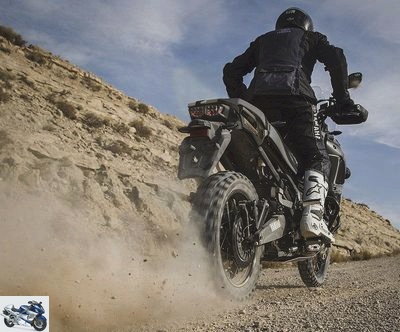 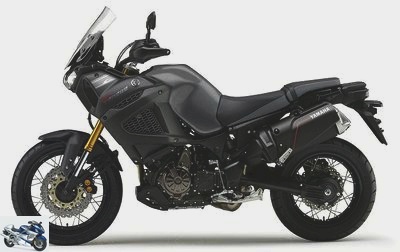 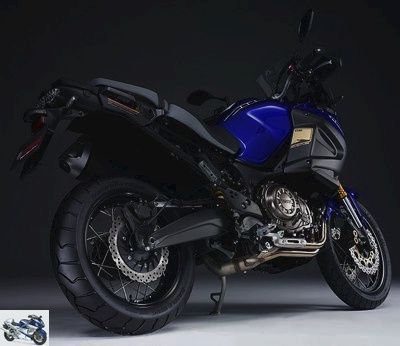 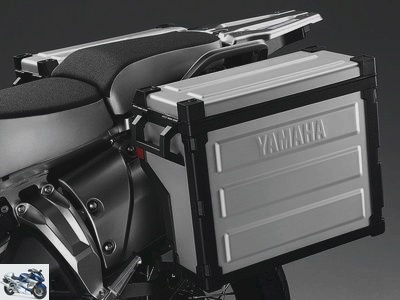 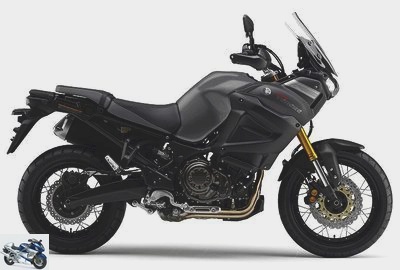 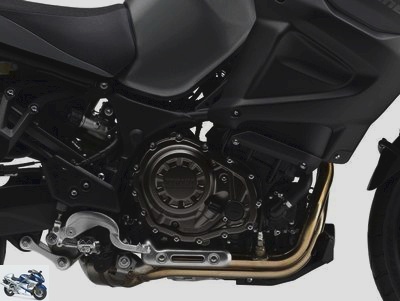 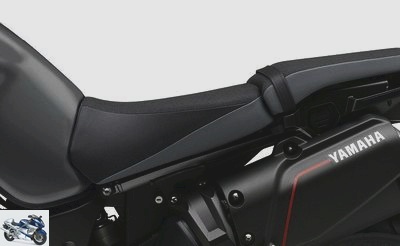