Derbi has made a pretty name for itself with its 50 cm3, very popular with teenagers, and its performance in Grand Prix 125. Previously preceded for some time by a 50 version, the GPR arrives on the sports 125 market with solid arguments . First, there is its silhouette, ultra-sport, incisive, aggressive, with a host of details and technical elements worthy of the most modern supersports.. Perimeter aluminum frame, reinforced swinging arm, inverted fork, radial fixing brake caliper, air intakes under the fork crown, pot under the saddle … a CBR 600 RR 2005 (performance and power are of course very different).
On his handlebars, the temptation is great to identify with Jorge Lorenzo. To do this, you have to know how to use the 2-stroke of the Derbi. A well-known mechanism, of Yamaha-Minarelli origin and powering Yam’s DTRs and old TDRs. In French version, it fights directly with the 125 CBR and its 15 hp. However, a little magic potion and the mono can smoke the Honda with a force … Once the clamping has been dispatched (it is forbidden except for circuit use), the mill comes out 22 hp, enough to make a serious difference . Not enough ? An exhaust kit and there you are with 30 hp in the crankshaft. What to sinter with a Cagiva Mito or an Aprilia RS. In this case, you will not be able to

pilot the GPR only on the track.

Over-typed sport, the GPR is just as much in its conduct. There is no question of dragging yourself into mid-revs, you have to get power in the towers. The mono officiates with all its heart between 8,000 and 10,500 rpm. Staying within this narrow range is essential. Playing without restraint of the box, making the 2 stroke howl, drawing beautiful trajectories, the little Spanish girl requires piloting. Excellent school of sport which only makes it all the more hate the original tire assembly. They may be famous Italian tires, but they come from a soap factory. A lack of rigor that makes the front brake die of laughter. No anguish for him; it is superb in efficiency. Do you have the radical spirit suggested by the GPR? You will enjoy. Otherwise, it will quickly annoy you the spartan comfort, the crappy turning radius, the side stand that comes back on its own and the charlot tires. And I don’t even give you the fare…
Derbi has thought of those who want GPR with a less exclusive side. Like Aprilia and its Tuono, the sports car is paired with a street-bike version, the Nude, with the same chassis and the same engine but without the fairing and with a raised driving position..


on 36 opinion
users
Read the reviews 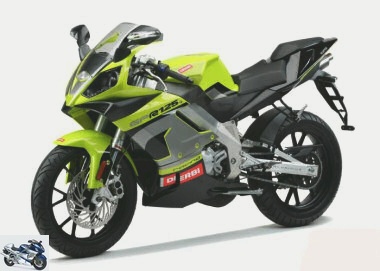 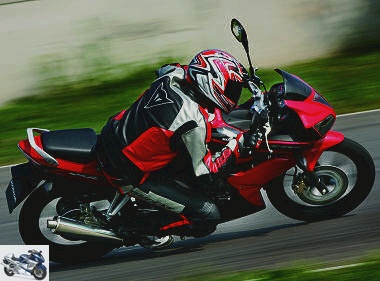 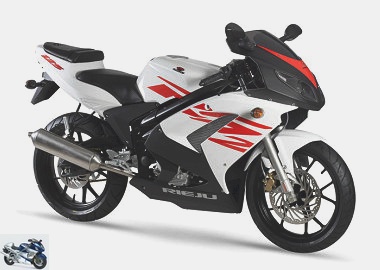 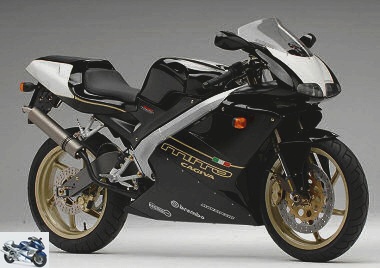 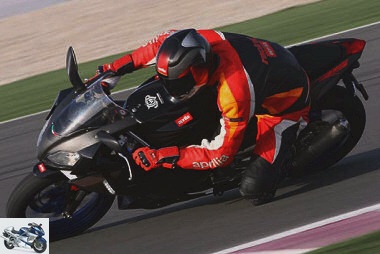