Ducati fascinates you? His famous twins and Superbike crowns haunt your nights? But you don’t dare take the plunge, because the 749 and 999 seem too exclusive to you. No worries: Ducati has thought of you and offers the SS family to serve you. SS for SuperSport. And even more, because the SS are not only sports, it is a dynasty whose hammering has rocked decades of biker history. You can choose from: a 620 to start piloting without wearing all your woolen socks, an 800 (which replaces the 750) more serious and unique, and this very shameless 1000. The chassis is taken from the 900 so no worries. Where it will move is with this new engine that takes place in the trellis frame. An air-cooled block equipped with two valves and two spark plugs per cylinder, which is also rife on the Multistrada and the Monster 1000. An engine whose footprint bears no relation to Japanese production. Good big torque, power over a wide rev range, without the need to hit the revs. Revs don’t have the liveliness of a GSX-R – no, its strength is elsewhere, or rather otherwise. The motor pulls with gusto, as if a huge arm is pushing you without throwing you. The sound takes the guts with each rotation of the handle.

As the chassis collects without problem, you will be able to let yourself be intoxicated by the piloting … and the suffering. Perched on a very high saddle and the body well forward, your wrists are locked on the half-handlebars;

they taste. Ideal for holding the front axle and taking the machine sportily. A disaster for comfort. No ambiguity, it’s a real Ducat ‘; it must be placed in the turn, with strength and conviction. The steering is truckish, the bike demanding, tiring, but efficient and in the purest tradition of uncompromising and terribly addicting sport. It is the opposite of a 1000 SVS – as much the Suzuki is powerful, easy, and efficient, but without much character, as the 1000 SS is constraining, uncomfortable, but with an engine full of potato and passion. In short, Italian-style coffee, full-bodied, which gives pulsating watts and a smile with each sip.. 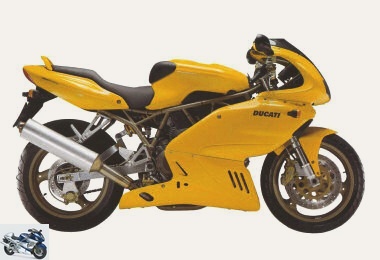 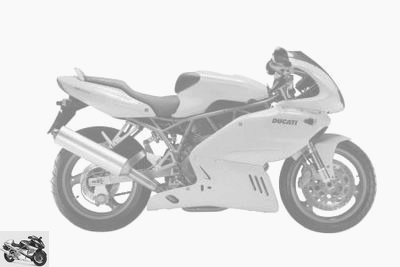 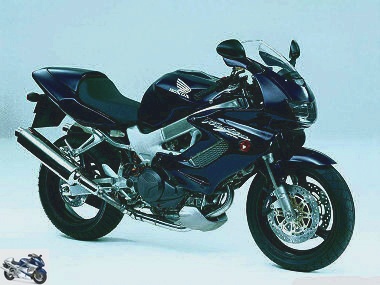 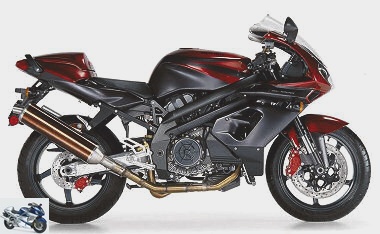 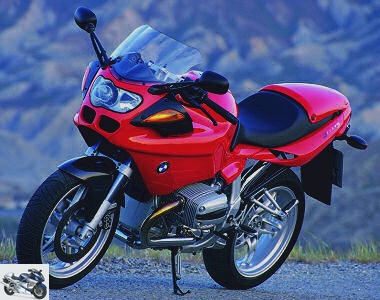 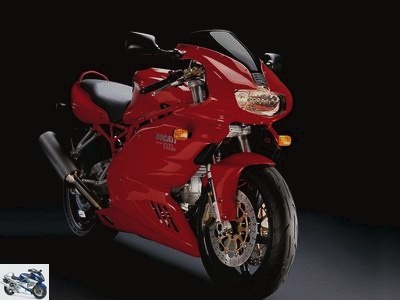 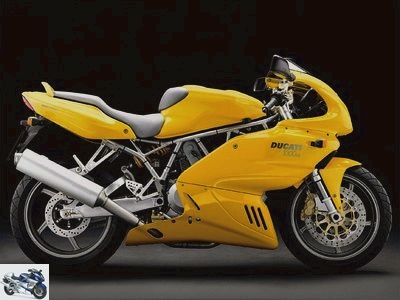 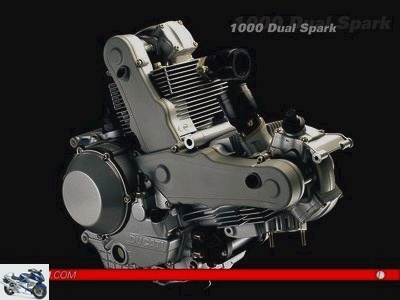 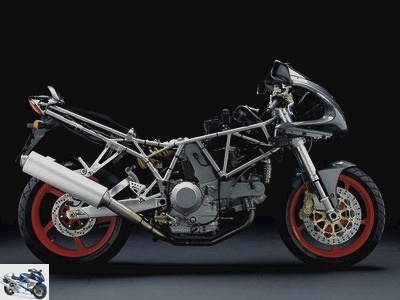 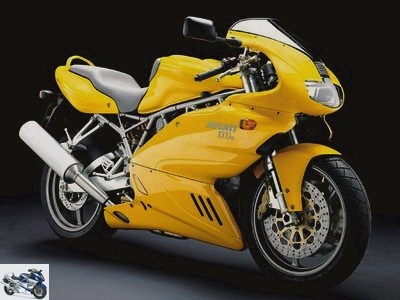 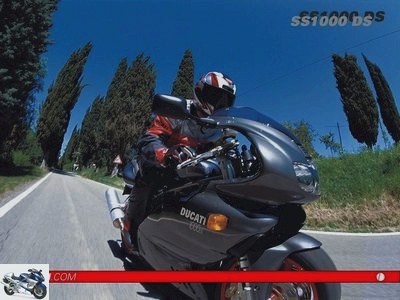 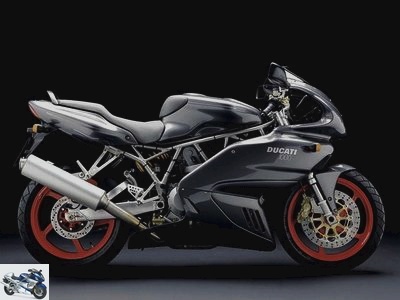 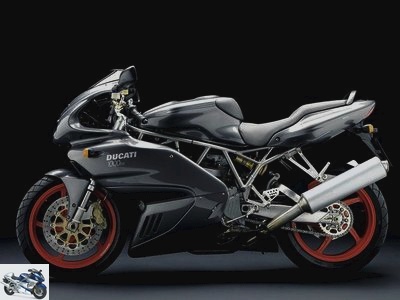 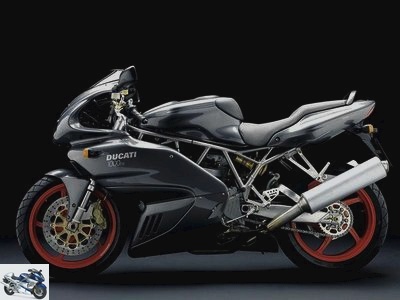 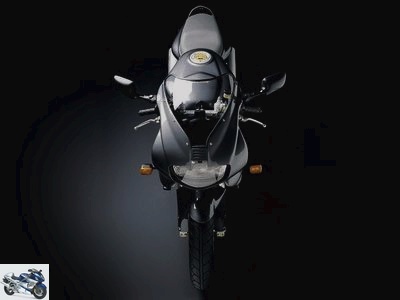 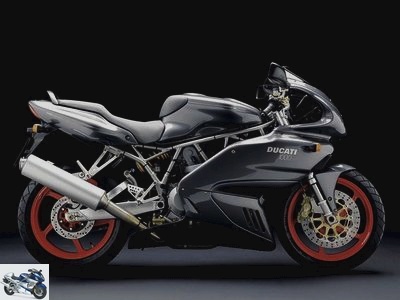