The ZZR 1400 is an agent provocateur, a conduit of prohibitions, a demonic device, more akin to a heavy photon-powered cruiser than a recreational motorcycle. Its big asset is its huge 4-cylinder, armored torque, with a good 200 horsepower as a warning.

Its big concern is its enormous exhausts, heavy, not really discreet, and of a design…. mess tin. Fortunately, there has been a special edition of the ZZR for a few years: the Performance Edition..

This name means 3 things:
1 / You will assert your selfish side with the seat cowl provided, offering more style and obscuring the passenger seat.
2 / You will have fewer shattered cervical vertebrae because the Kawa is equipped with a curved bubble which reduces wind pressure and improves aerodynamics.
3 / With an Akrapovic signature on each side, the 1441 cm3 block will breathe better and sing better. Two titanium mufflers terminated with carbon end caps fit on either side of the unfortunate rear gommard. Each is provided with a double exit of the most beautiful effect.
If the gain in weight and performance is not indicated, rest assured that the melody of the regimes will be much more exhilarating than the original hushed breath. And a few pounds less, it doesn’t hurt anyone. 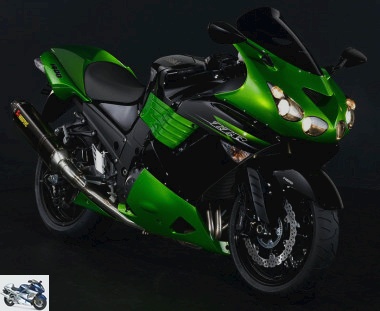 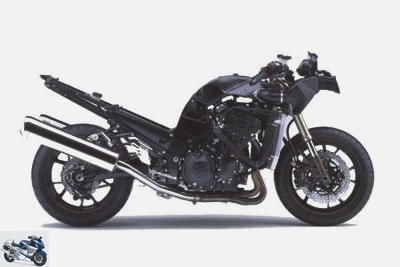 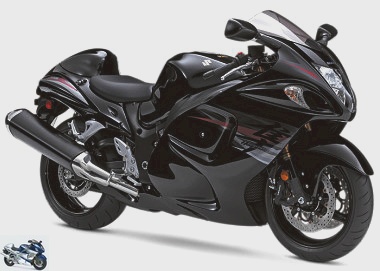 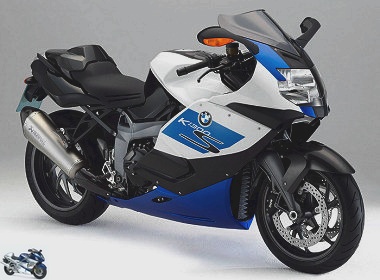 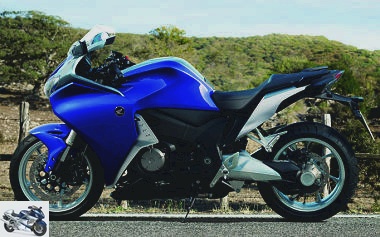 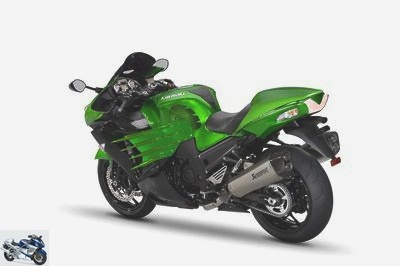 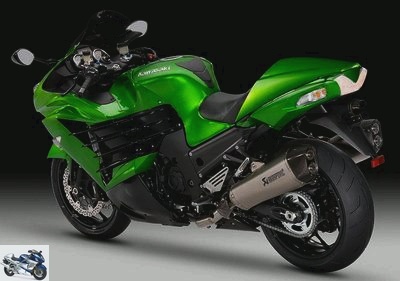 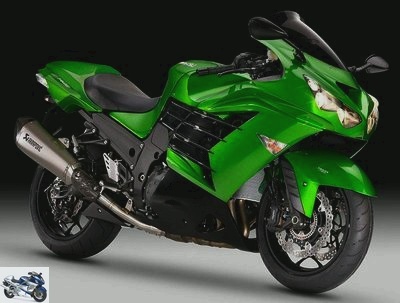 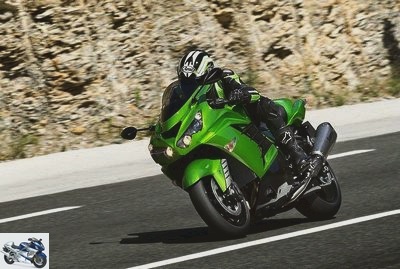 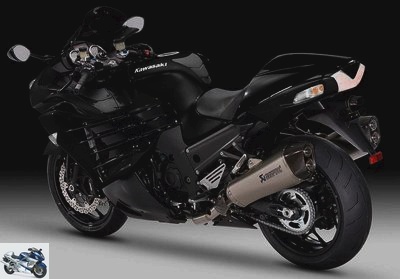 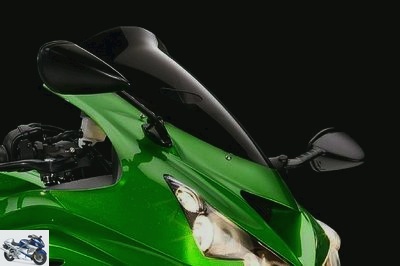 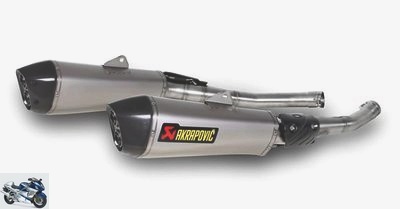 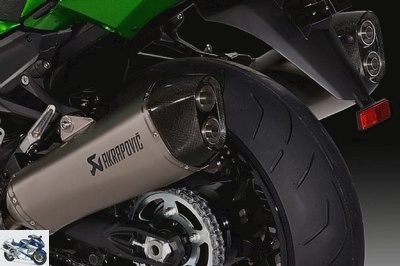 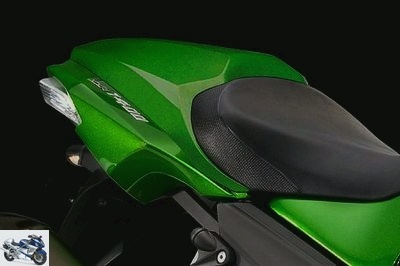 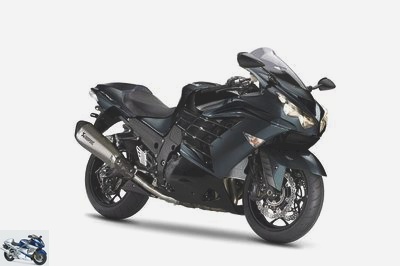 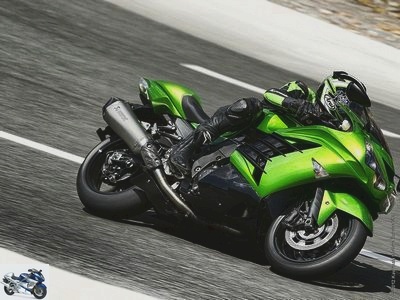