There are machines with simple charms, with certain but unknown qualities, with limited distribution but which remain on the market for years without anyone really paying attention..
Arrived in France in 91 and almost unchanged since 94, the KLE has made a name for itself on the trails thanks to its twin engine and its sport side.

It redesigns itself for 2005 with a catchy inspiration: a Z 1000 face. The machine itself does not change, it just refreshes its face to please again: its new fork crown completely identifies it with the Z series.
To be fair, we can still note some changed points: the exhaust is now catalyzed, the frame is painted orange, the instrumentation is new and the saddle of better design..
Frankly more cheerful, the KLE 2005 also deserved a little boost in terms of price. Kawasaki has thought about it and displays the new generation KLE for 500 € less than the old version. Something to seriously think about.

“On the right, it looks nicer …!” Friends driving Sukayada GXW-1000 RR² Ultraboost seem less convinced. With their hyper-rigid wheels with racing suspensions, you don’t really want to take this little path that leads to the lake. Pity ! With the KLE and its large deflections, nothing could be easier than venturing on dirt and rocky roads. With its obvious grip, unparalleled handling, thin tires and wide handlebars, the little Kawasaki trail can be driven by itself, quite simply, almost instinctively. 45 horses may seem fair (especially in our over-mediatized era where the lesser 600 sportsman spits more than 120 canassons) but carried out with full force on the mountain roads, the KLE is capable of making many queques laugh. However, his twin is not a thunderbolt; and anyway, that is not what we ask of him. In the towers, this mill has lost a little potato but gained in flexibility in low revs. Compared to the previous generation, the twin is more user-friendly. If he doesn’t balk at the job, a little more character and fiery spirit would be appreciated, if only to stick to his new, more aggressive look. Topped with the mini Z family windscreen, the machine provides adequate protection and allows you to drive at highway speeds without torturing your neck. If you push the gears, it is possible to go up to 170-180 meter.
The machine is remarkable in town; and if in the urban environment, the lack of a trunk under the saddle causes you some worries, you will surely appreciate these little extras that make the difference: a luggage rack with good grab handles, hand guards (when it is it’s raining and it’s cold, you’re glad to have them), real mirrors, and above all a comfortable and thick saddle like that.


on 30 opinion
users
Read the reviews 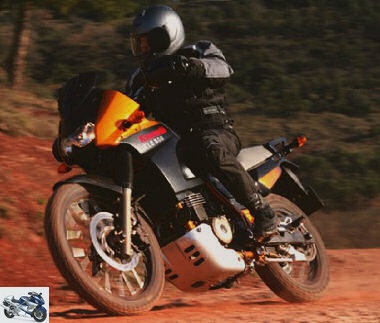 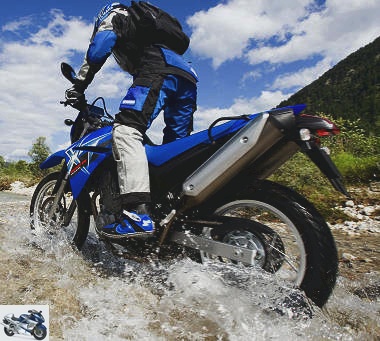 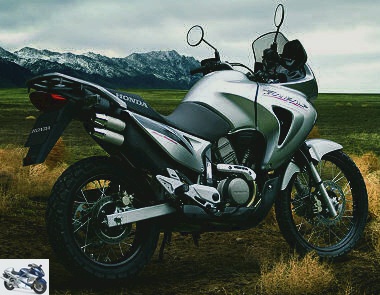 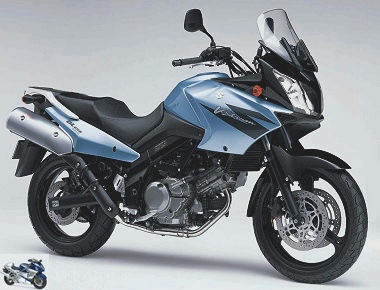 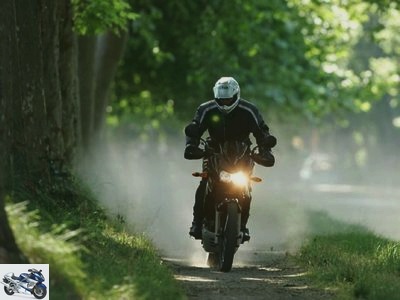 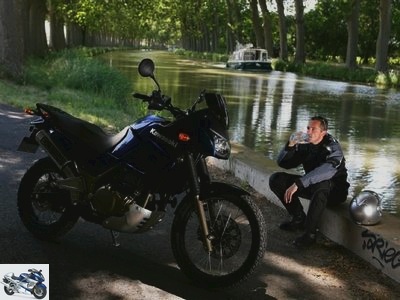 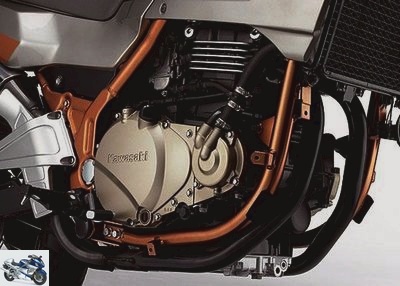 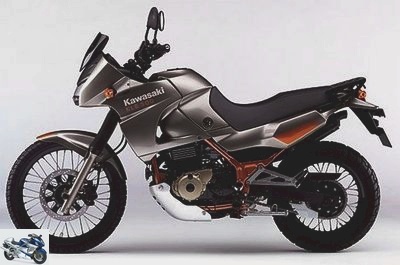 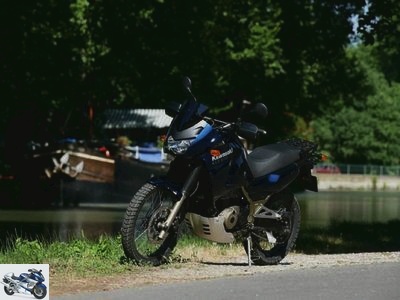 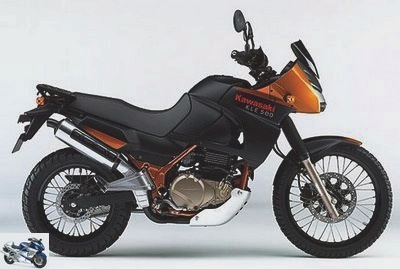 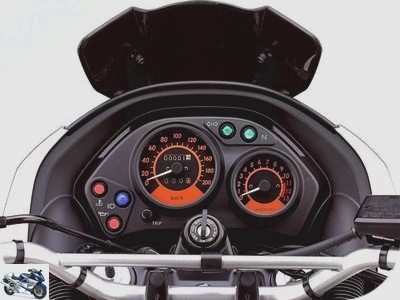 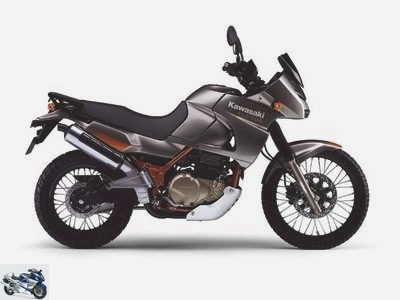 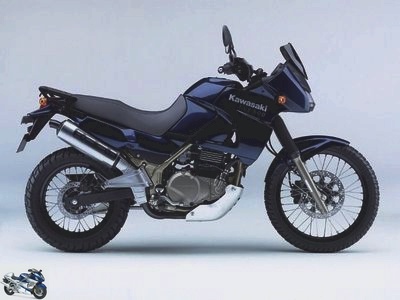 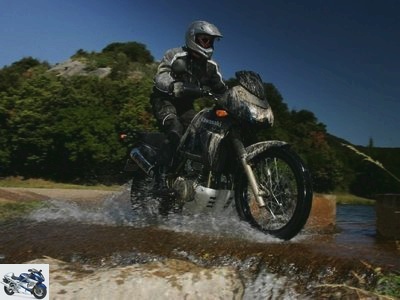 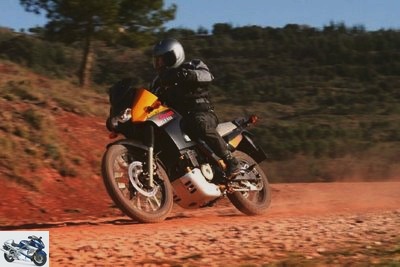 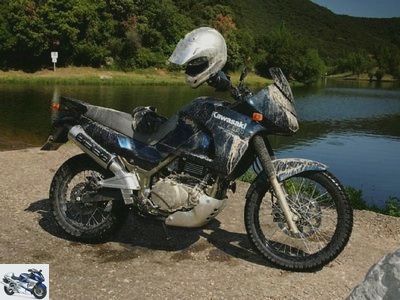 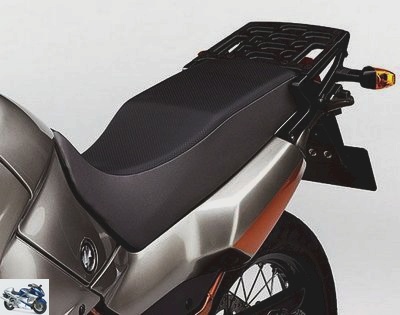 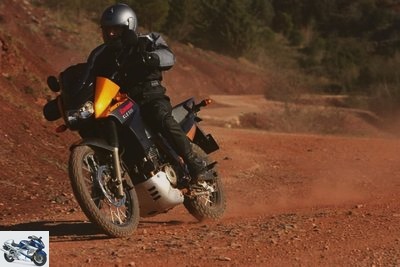 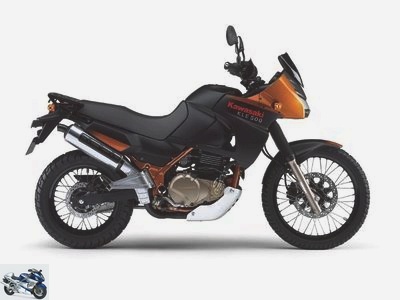 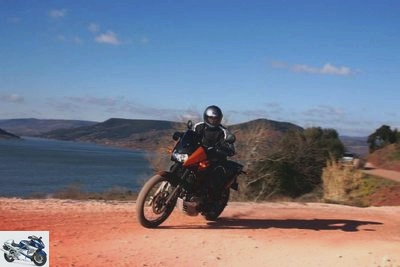 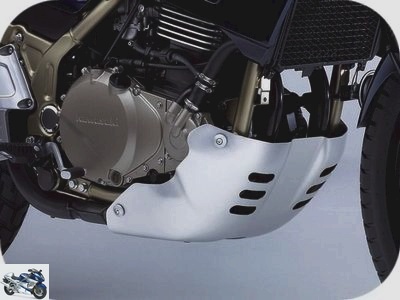 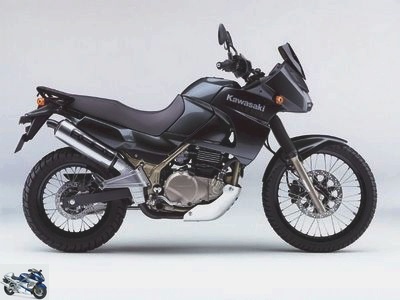 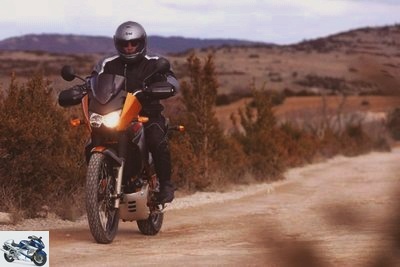 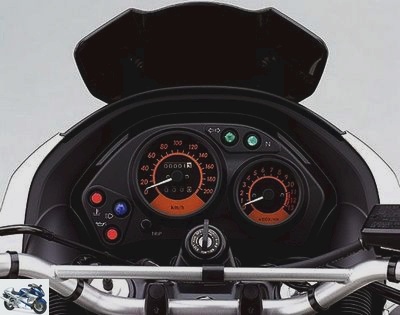 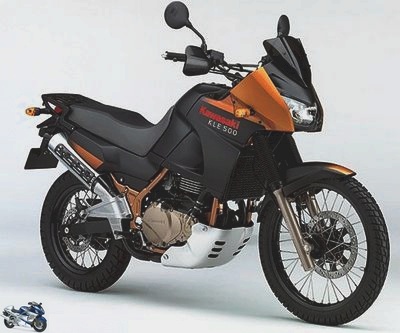 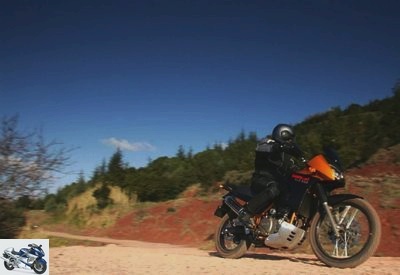 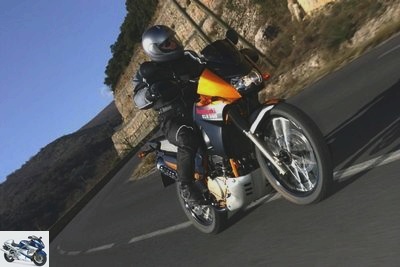 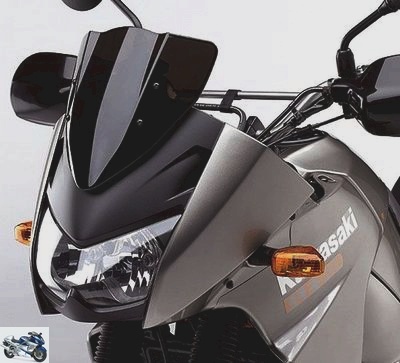