In Superbike, the year ends with the winter tests. The opportunity for the teams to test their new gear and sharpen the tools for the following season. During test days, the motorcycles are not adorned with any decoration and only sport a minimum of sponsors.. These machines become anonymous again during the offseason and look like prototypes evolving into some fast-paced fate..

For the first time, a manufacturer is offering this “decoration without decoration” as a special series. On this Kawasaki ZX-10 R Winter Edition, the only symbolic touch will be a big white snowflake lost on a black dress. Be an observer! In the middle of this icon of winter hides a Japanese character: “fuyu”, which means winter.
Akashi’s builder has copied and pasted the symbolic white zest on this dark fairing. A big Ninja on the sides, a few tapered triangles, and it’s ready. Kawa thus responds to a certain demand from fans, and it is true that this changes the traditional shimmering Replicas.
To fully enter into the Winter Test trip and the vocalizations of white-hot engines, an Akrapovic silencer enchants the breath of the supercharged 4-cylinder. This racing touch goes hand in hand with a machine that has evolved a lot, enclosing a 200 horsepower engine refined with a host of new parts, the adoption of an inverted fork with offset cartridge, even more sophisticated electronics, the grafting of ” a Bosch IMU inertial unit, Brembo M50 brake calipers and large 330mm discs, a sharper chassis, and a few extra pounds.
With this Winter Edition, Kawasaki further asserts its dominance in Superbike. And it is justified. the ZX-10R amply deserves it. 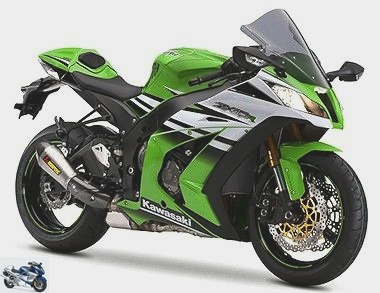 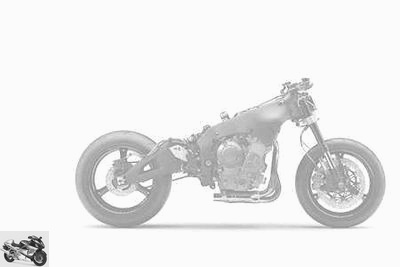 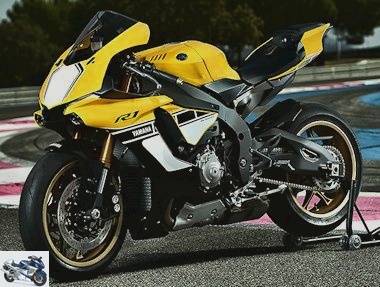 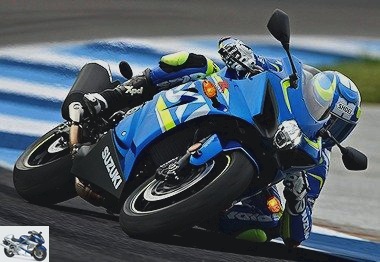 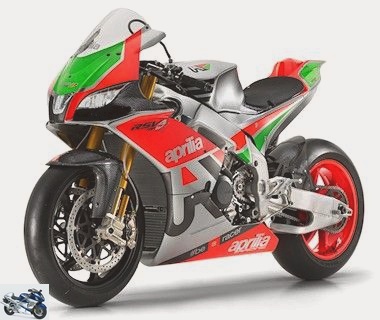 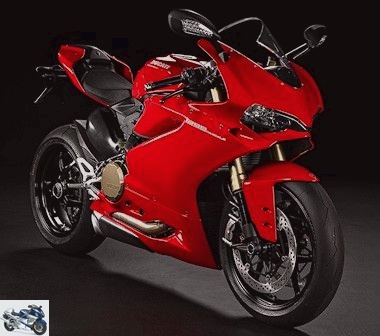 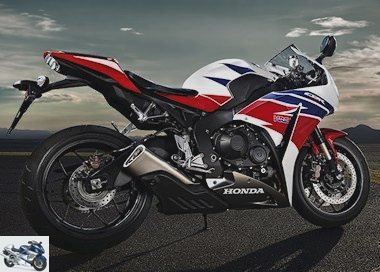 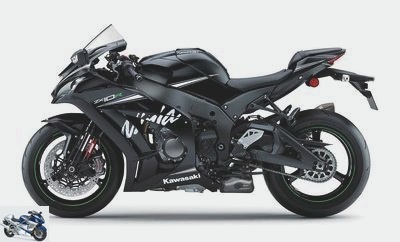 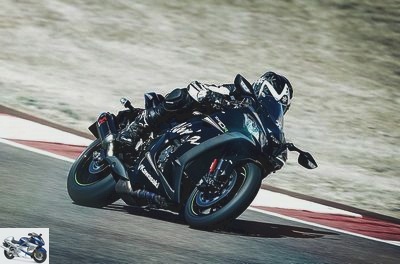 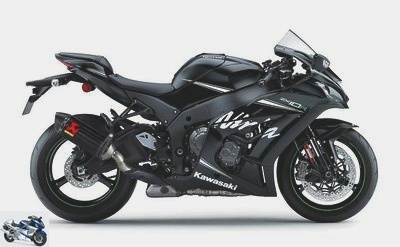 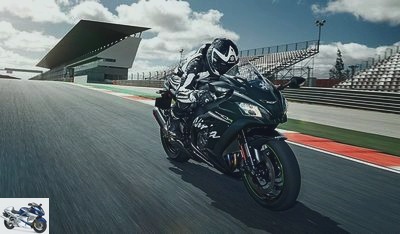 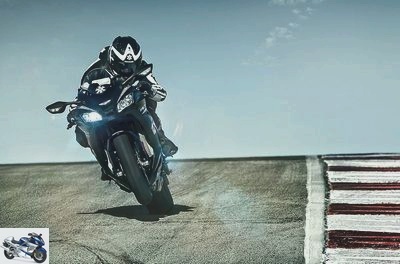 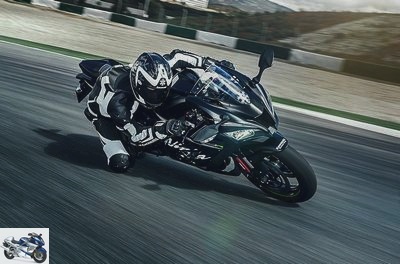 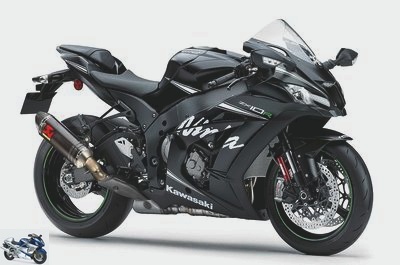 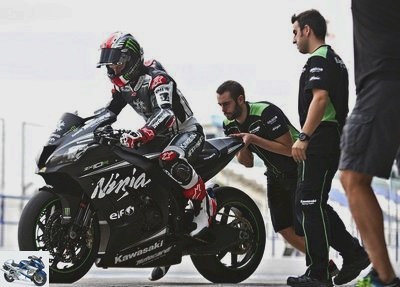 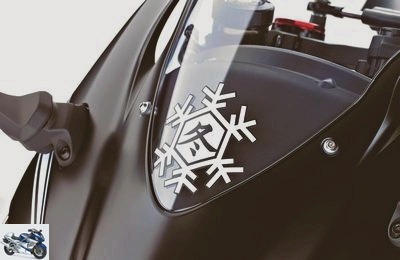 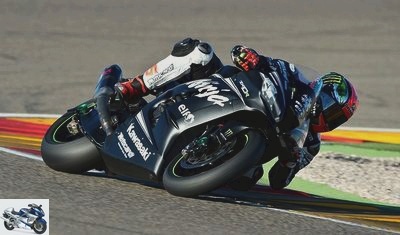 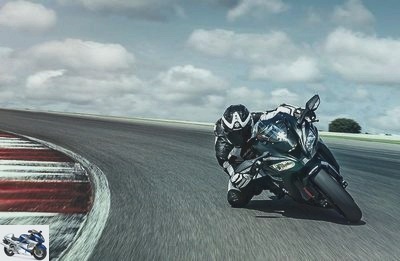 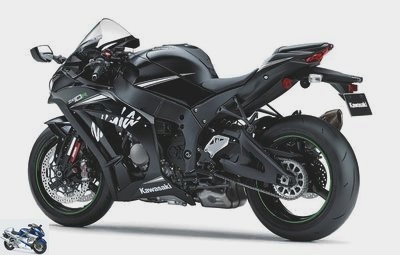 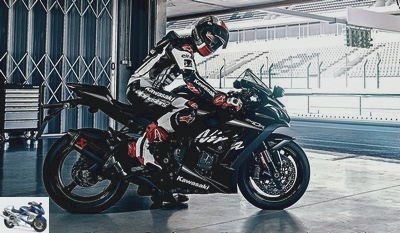 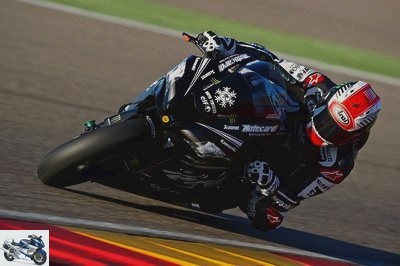