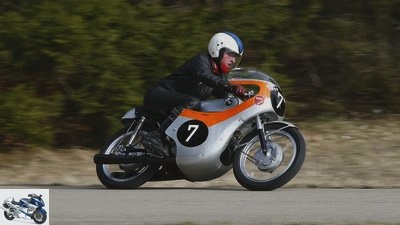 “There’s something going on in street sports!” Was the headline of “Das MOTORRAD” on April 10, 1965. And while doing so, it kept an eye on the private drivers who would one day keep the racing scene alive. Gottlob Schweikardt was one of them at the time, and he started up two of his 125cc production racers for us.