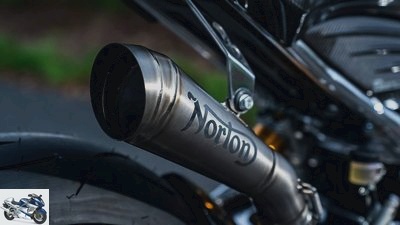 Norton wanted to raise money for the production of new models through crowdfunding. Now an anonymous major investor has stepped in.

At the British motorcycle manufacturer Norton The start of production for the V4 and Atlas models as well as the 650 super sports car is on the agenda.

To ensure this, Norton wanted to raise a million pounds of capital through crowdfunding and spend four to five percent of the company’s shares on small investors.

The crowdfunding campaign started just a few days ago, but has now been discontinued. In just a few days, around 5,000 people had already found themselves who wanted to invest amounts of 50 pounds or more. An anonymous investor has now apparently outperformed all small investors by providing the entire one million pounds. Norton then declared that it would not accept the Kleinivestoren’s offers. The British do not want to provide information about the new major investor until January 2020.