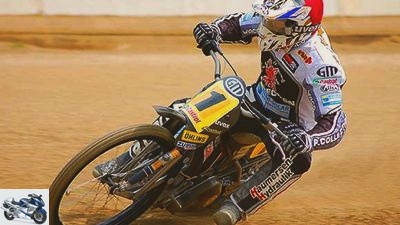 For contemporaries outside the spaetzle protectorate, the character traits of a Swabian are usually reduced to two characteristics. First of all: don’t talk a lot. Second: create. Stupid question, what then might characterize an Upper Swabian.

Gerd Riss from Seibranz, a village with a population of 800, about 60 kilometers south of Ulm, is from Upper Swabia. Purely geographically and in the previously assumed sense. This may only explain the fact that the 31-year-old, instead of being happy about his sporting laurels and – at least sometimes – resting on them, hauls, saws, drills and planes wooden beams of all sizes in his parents’ carpentry business every day.

The man in the black cord of the carpenter’s guild would have every reason not to be content with the occasional judgment when it comes to sayings. Because Gerd Riss is the new long-course world champion. And not only that. In 1996, the cautious Swabian achieved the all-round blow in rail sports – German speedway champion on the 400-meter track, German long-distance champion on the 1000-meter oval and with the MSC Diedenbergen, he ultimately also won the national speedway team title.

As I said, there is actually no reason to verbally drill into thin boards. But this is how master carpenter Riss has kept it since he was a child, when he accompanied Mr Papa, a hobby car racing driver in his spare time, to the mountain races in the region. Whereby Klein-Gerd has always considered four wheels to be two too many. When he was nine years old, he was already driving the first Honda Monkey across the meadows behind the carpentry shop. At the age of 14, he dragged a friend of the skijorings so popular in the foothills of the Alps in the snow fountain of his 125cc Crosser. And because the talent scouts of the nearby railway sports clubs were of the opinion that someone who can drift well on snow with 100 percent staff overhang must be able to do so all the better on sand and without passengers, the teenager was immediately accepted by the neighboring MSC in Krumbach for a dirt track premiere animated and committed. Everything else (see Vita for results) is history.

The first impression of the silent Upper Swabia does not only hide its athletic abilities. When it comes to technology, too, the seemingly conservative Allgau man is in the avant-garde. After all, it was he who, at the World Cup finals in Marienbad, Czech Republic, was the only pilot who dared to take the risk of racing with an engine with a horizontal cylinder five years ago – and thus became world champion. Since then, this concept has established itself in rail sports worldwide. Riss also prepared his current title win in Herxheim with a psychological low blow for the competition. Instead of conventional tubular frames, he relied on a brand new, rigid bridge frame made of aluminum in the Palatinate.

Which, however, has by no means made the family man an innovation-obsessed technology freak. Despite a current work contract offer from market leader Jawa, the loyal Drifter is still one of the few train drivers to use Italian GM engines. “Because the designer Marzotto and I have been friends for a long time,” is the simple explanation. All the more astonishing because Riss could get the material from Jawa for free, but has to pay for it from GM. In addition to the price for four engines per year at 5,000 marks each, there are also tuning and spare parts costs of around 30,000 marks per season. Nevertheless, with over 40 events a year – an estimated entry fee of at least 3,000 marks per race – Riss could easily get from his admittedly intense live a hobby. But what he never wanted. Appearances in the highly esteemed English speedway league or offers from the current rail sports Eldorado Poland failed earlier and now because of the clock in the room business. Because when it gets down to business, the sport stops. In Swabia and especially in Upper Swabia. 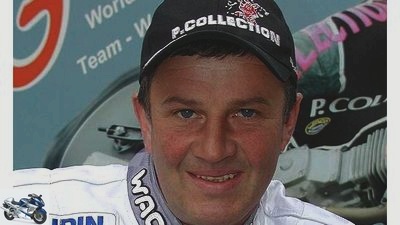