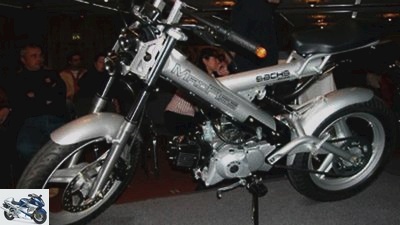 It is intended to revive the cult around the moped for a new generation, the MadAss. Sachs presented the new moped in Nuremberg with an »ultimate party«.