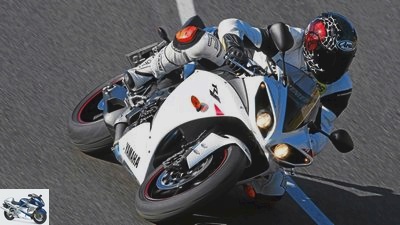 Bargain Alert! If you shoot a Japanese athlete now, you can save over 20 percent. And there are inexpensive accessories on top of that.

Would the Yamaha YZF-R1 is currently placing a contact ad on a partner exchange, it could read as follows: “Sociable, affectionate endurance athlete is urgently looking for pleasure partners for long-term and down-to-earth relationships without frills.” The current discount battle between Japanese manufacturers actually reminds a bit of the panic of lonely people in their mid-forties. For example, Yamaha is pushing the price of its traditional female athlete R1 (model year 2010) by 3665 euros – a historic price reduction.

But despite the high discounts, retailers have to fight for the interests of their customers. “We try to make our motorcycles even more attractive with license plate conversions or discounted accessories,” explains Wolfgang Harbusch, long-time Honda dealer from Lower Saxony. 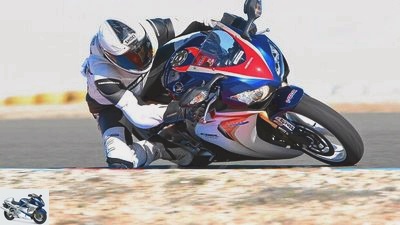 Just a few years ago, Japanese athletes went like hotcakes and achieved stable prices. “Between 2004 and 2006 we sold around 35 R1 models per season. In 2012 there are only two so far, ”says Dominik Klein, Yamaha dealer from Saarland. No wonder, at that time the R1 formed together with its Japanese colleagues Suzuki GSX-R 1000, Honda Fireblade and Kawasaki ZX-10R the spearhead in the sports scene. No European manufacturer could keep up in terms of performance, handling and price. At that time, a Ducati 999 cost significantly more with less performance at the same time. An MV Agusta F4 1000 S Tamburini already produced a worthy 173 hp, but it also broke the bank account. 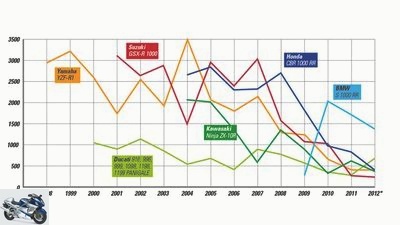 A look at the registration figures illustrates the Japanese dominance of the past decade, but also shows the massive slump from 2008 onwards. From this point on, the development steps for new models were smaller than before. And it almost seemed as if the need for more and more performance was satisfied. Until finally the Bavarian manufacturer BMW presented its first super sports car two years ago. The S 1000 RR infected more than 2000 riders in Germany in its first year and achieved almost as many sales as all Japanese superbikes put together in the same year. The formula for success? Take 200 hp and control the performance with electronic helpers. Since then, there has been a real electric hype, which is now also followed by the new Ducati Panigale 1199, also very successfully with over 600 new registrations this year. Due to the high demand, buyers can hardly hope for discounts here. “The Panigale 1199 is so popular that we don’t have to give discounts, except for accessories,” explains Oliver Schopen, Ducati salesman from Rhineland-Palatinate. Accordingly, Ducati and BMW dealers are currently generating significantly higher profits than the suppliers of Japanese models. “We have to sell the R1 at almost the purchase price, otherwise they’ll be like lead in the shop,” says Dominik Klein. The Yamaha dealer knows the reasons, of course: “Our model range is outdated, there are simply no attractive new releases.” 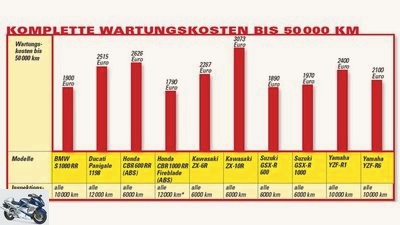 The Europeans are surprisingly cheap compared to the Japanese. The costs include the prescribed maintenance work such as changing the oil and adjusting the valves, including material, without wearing parts such as tires or brake pads. * from 2011

We don’t want to smile at technological advances, but apparently out of greed for performance and electronic aids we have forgotten how great Japanese motorcycles are. Decades of development work have turned them into balanced athletes who are fun in almost all revs and speeds – and that with a high level of reliability at the same time. This is proven by a look at the 50,000 km long-term best list of our sister magazine MOTORRAD: Here, the Japanese athletes are well ahead of the European bikes in terms of reliability and stability. The Ducati 1098 even recorded twelve unscheduled visits to the workshop and three failures. The BMW S 1000 RR also had to go to the workshop more often than the Japanese competition. 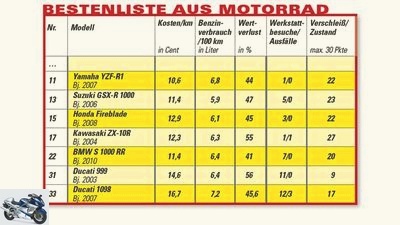 Even if customers are currently placing their trust in European athletes: The Japanese are on average more reliable and persistent.

Anyone who is really curious can search the Internet for “engine damage BMW S 1000 RR”. Nowadays, owners like to document such experiences with meaningful images. If you are looking for the same phenomenon in Japanese athletes, it may take a little longer to find what you are looking for. This is currently of no interest to most, but the warranty period usually expires after two years, and the goodwill of the manufacturer does not last forever.

So we shouldn’t write off the Japanese athletes. And who knows, maybe Yamaha will surprise us in 2014 with a brand new R1 that breaks all records again like in 1998. Until then, we are happy about the high discount rates and remain fair in the price negotiations. After all, we don’t let the pretty blonde from the dating site pay us for our food either – at least not if we really want to tow her away.