The GS-E is the archetype of the basic motorcycle which lends itself to all uses with complete peace of mind. No technological debauchery, a simple and effective design, an ultra tight price, it does not take more to make it one of the stars of motorcycle schools.

Reliable and inexpensive to maintain, she is one of the great friends of those who take their first steps in big cubes. That doesn’t reserve her for this audience – she can convince many others. It must be said that it quickly puts you at ease. Easy, manoeuvrable, healthy, it plays in the same category as the CB 500. Its engine is not as powerful but voluntary, ensuring a very sufficient top speed. Braking is convincing, as are all the qualities of the machine. The big criticism to make sanctions, as on the competitor Honda, the poor shock absorbers. With better handsets, the comfort would be much better and the dynamics of the bike wouldn’t call for criticism. In the market, besides the CB 500, the Suzuki has to fight against a more modern (but more expensive) Kawasaki ER-5. For 3 bricks, the GS-E is a very good deal. 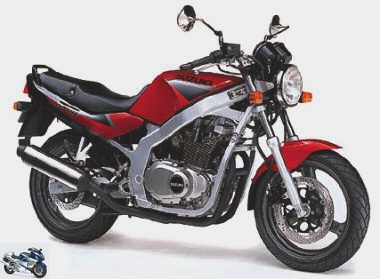 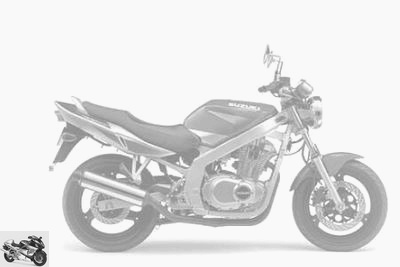 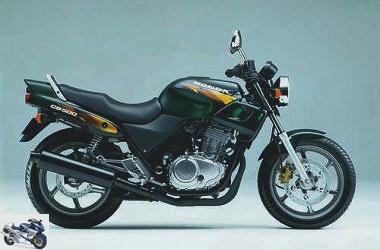 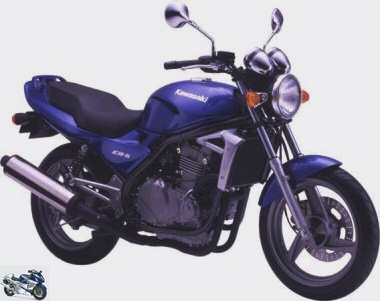 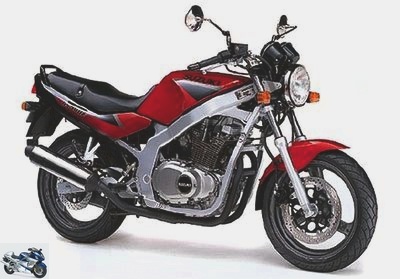 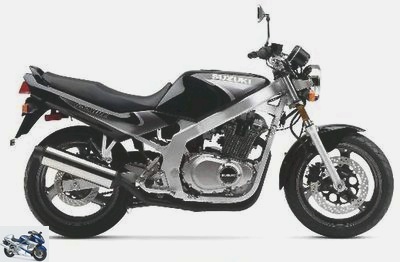