The big trail, Triumph knows that; and for a long time. From the mid-90s, the Tiger 900 took care of this function. Already in 3 cylinders. Then the trail-GT arrived. Huge, road, no longer too fond of stones but ready for large terminals in the weekend. This is where the 1200 Explorer comes in, more suitable for touring than the 1050 Tiger. After a remarkable entry and 4 years of presence, the Englishwoman said to herself that it was time to make some improvements. Competition, standards, the market and requirements do not give away freebies. And him ?

What is certain is that he threatens. The Explorer does not have a honeyed and sweet face. He assumes his strength and his silhouette claims it. Triumph has made some stylistic changes, just to mark the evolution, but the overall look changes little. Only the fairing sides, the cheeks of the fork crown, the mirrors, the engine guard, the rims and the exhaust went to the restyling. The only one who really dared to give a rant is the dashboard. As it was fed up with looking like that of the Street, Speed ​​and other models in the range, it has radically transformed. Now, two digital windows escort the tachometer; all this little world being housed in a plate with the aspect of military resistance.

The Tiger 1200 Explorer is distinguished from the majority of maxi-trails by its engine. Three-cylinder maousses in this category, there are not many. Apart from the confidential Benelli Tre-K 1130 and the sportivo-trail MV-Agusta 800 Turismo Veloce, we cannot say that the offer is abundant.
This block has been revisited, with the benefits of less polluting emissions, reduced appetite by 5%, two more horses and a small gain in torque of 0.2 mkg. Let’s be more precise with 139 horsepower at the same speed as before (9,300 rpm) and no less than 12.5 mkg of instantaneous force at 6,200 rpm, ie a maximum value obtained 1,650 rpm earlier. The clutch benefits from hydraulic assistance, the gearbox of a sixth “overdrive” pulling longer, and the transmission retains its cardan shaft housed in a single-sided arm..

Where the 1200 Explorer will appeal the most, it is not by its engine evolution – although the ardor it has will soon enchant fans of mechanics. It will be more by its chassis. Triumph would have highly revised the tubular steel trellis frame? No, only the caster angle has been retracted a little to promote agility (24.1 ° -> 23.5 °). In addition, the pilot was brought closer to the front by 20 mm. For braking, it will be radial calipers that will take care of it from now on. Two Brembo M4.32 clamps on tracks of the same diameter, i.e. 305 mm.
To be more exact, it is especially the on-board electronics and its action on the various reactions of the chassis that changes the situation. Especially for the more richly equipped versions (XRx and XRt)
The old one already had ABS and traction control. This phase II also offers two driving modes. Depending on the trim level, this can go up to five.

However, it seems that Triumph is offering this basic XR version mainly to attract the barge, because the technical treats are only unlocked with the “premium” versions. And there, the equipment is much richer: more driving modes, semi-active suspensions, heated grips, hill start assistance, active cornering ABS, cruise control, and much more . To get the details, a closer look at the Explorer XRx and XRt will allow you to know the details. Bonus, the windshield is electrically adjustable, from the first version.

The big Tiger Explorer, flagship of the Touring / Adventure range, can be enjoyed in two ways: road in XR or inspired by adventurer with XC. Why these plurals? Because the English trail is available in a multitude of versions. Improved and enriched, the 1200 requires effort to afford all the upgrades it can take advantage of. Which is hardly surprising in this category. Moreover, the clientele is demanding, and will naturally move towards high-end editions. If we compare to the competition, the adventure by Hinckley does not have to be ashamed of its price or its services. Look at his name again, it’s not that trivial. 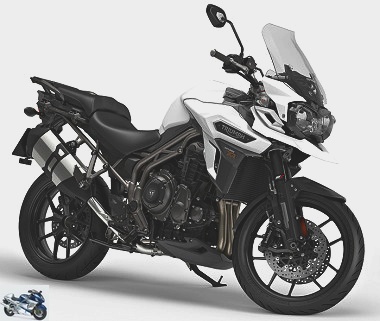 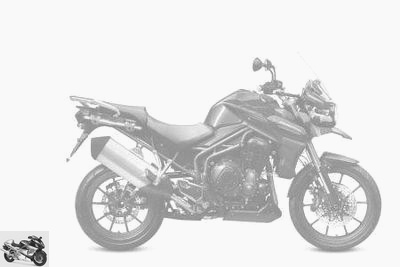 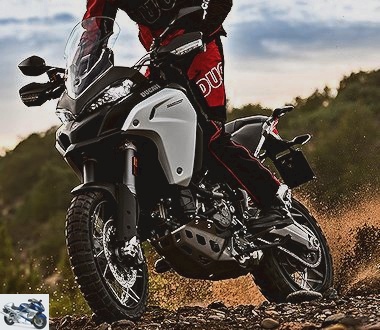 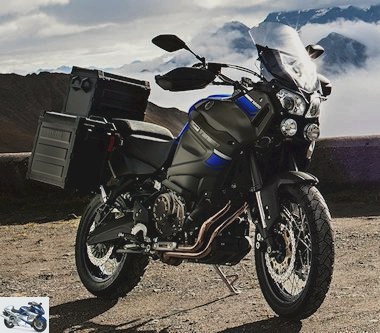 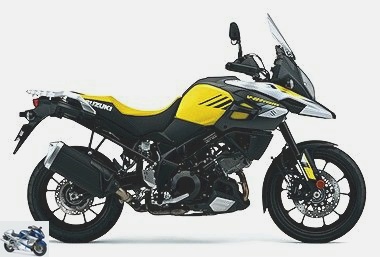 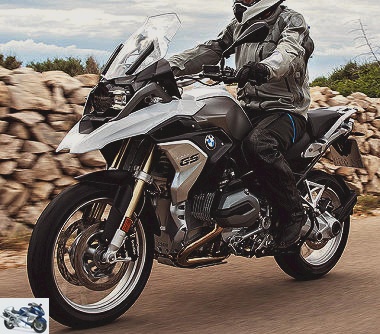 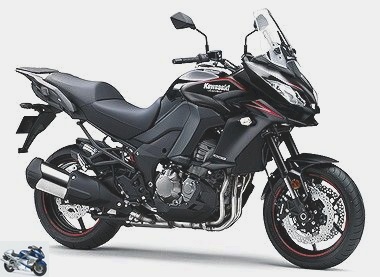 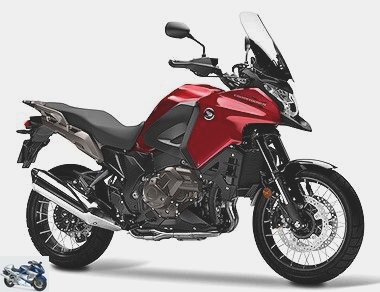 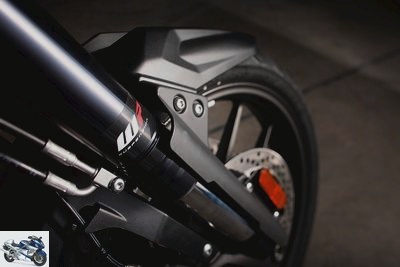 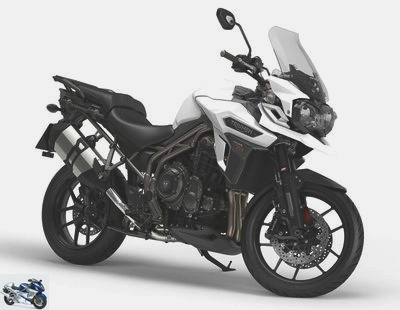 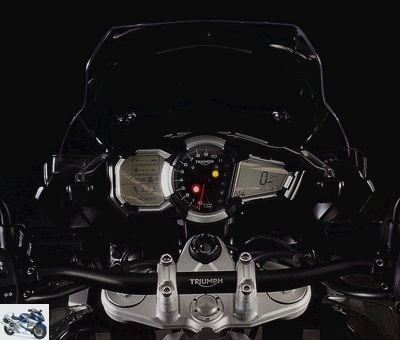 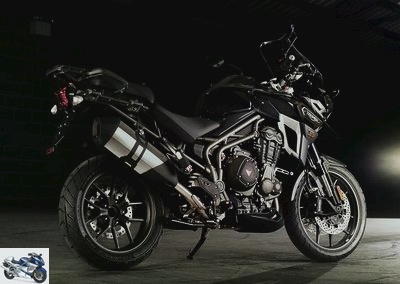 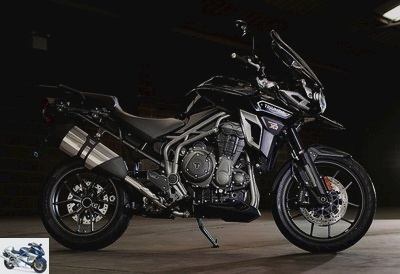 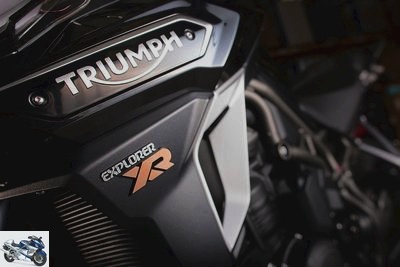 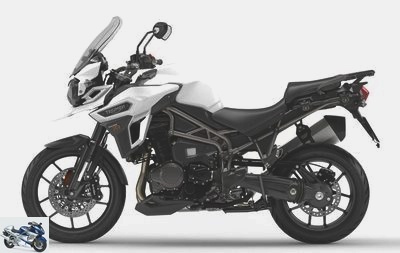 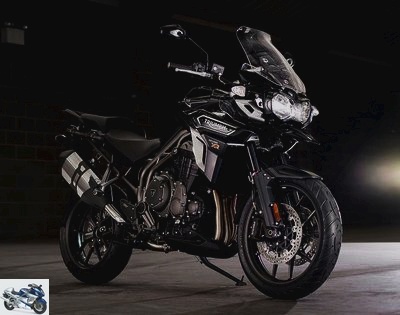 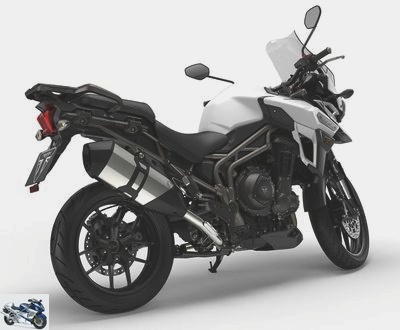 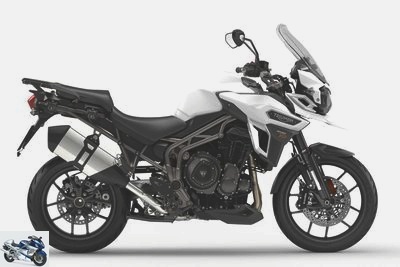 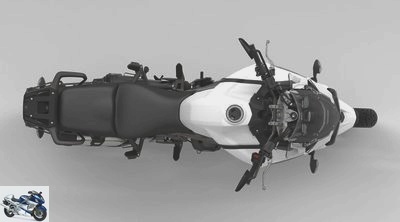 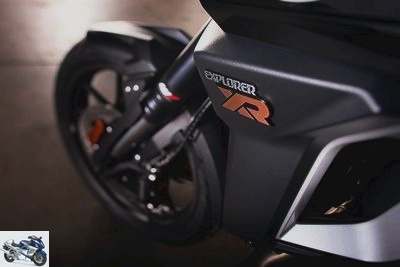