We congratulated ourselves on the 955i Daytona: an English sports car with British charms, notably with its 3 cylinders and its tubular frame. We will therefore be a little disappointed by the lack of originality of Triumph for its 600 supersport. Perimeter frame in aluminum and 4-cylinder engine; like the Japanese competitors. The latter is entitled to little care: forced air intake and injection (a first in the category). Developed only for the TT, it comes out 110 hp but goes down to 98 in France for a history of German bridle. No matter. It benefits from a nice consistency at mid-range and potato in the towers. Like its big sister 955, this sports car is friendly. Far from the radicalism of an R6, the English would rather play in the heart of the CBR 600 and Kawasaki ZX-6R. It marked time on the track against ultra-sharp trackers without being ridiculous. On the open road, we will appreciate its ease of driving which does not deny efficiency, its protection which has the merit of existing, and its acceptable driving position. As a true sportswoman, the TT swings from one angle to another briskly and with a flick. A very good bike, which mainly suffers from a lack of personality. 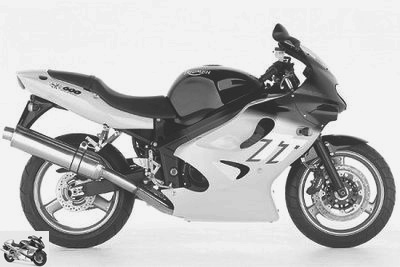 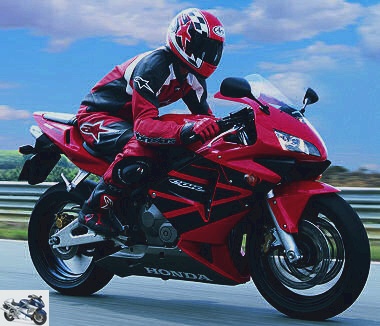 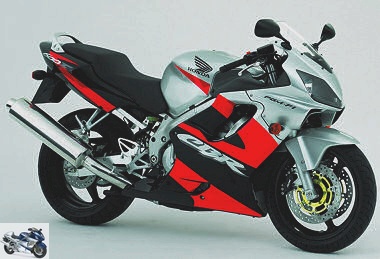 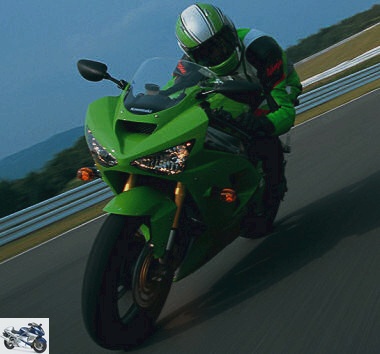 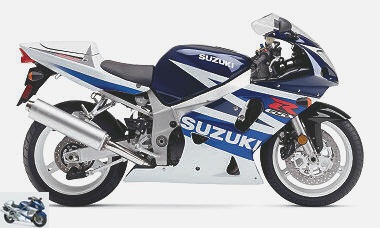 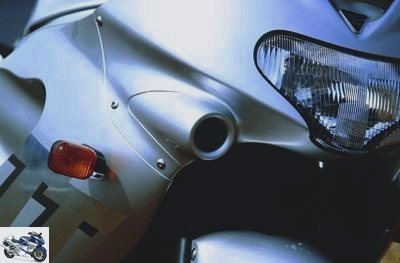 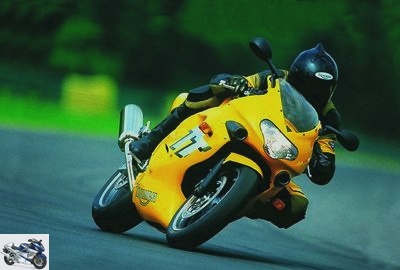 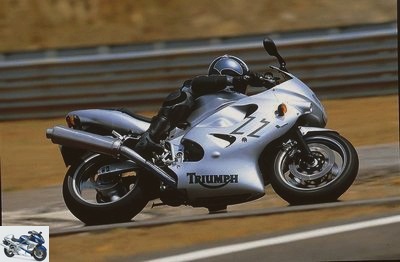 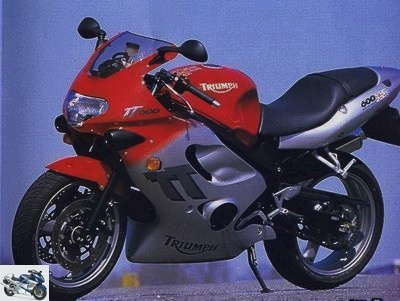 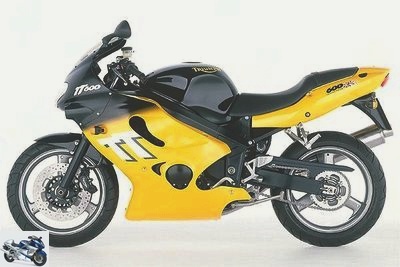 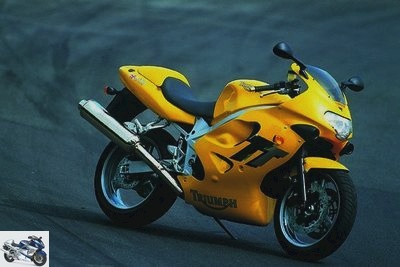 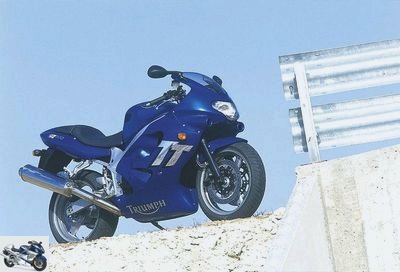 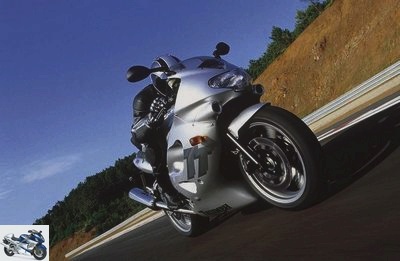 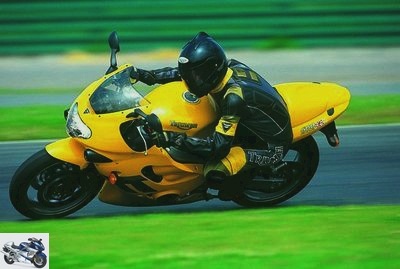 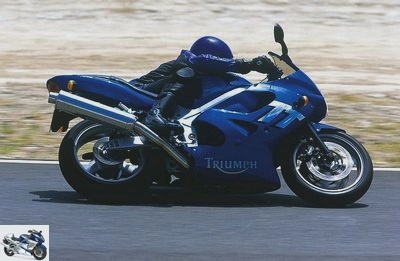 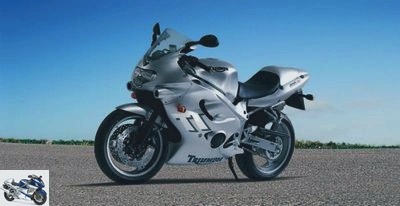 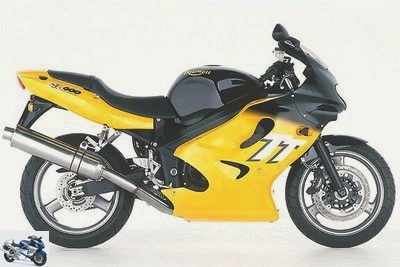 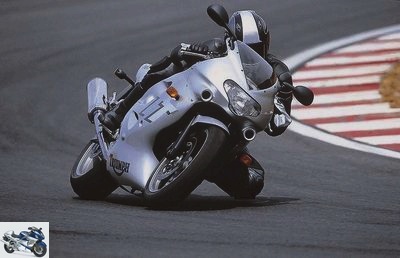 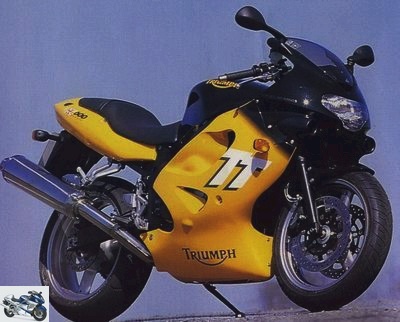 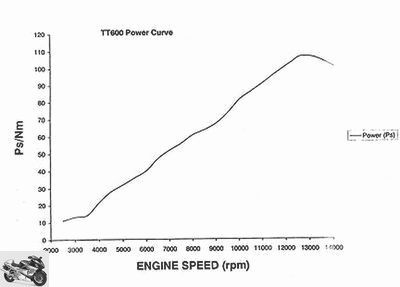 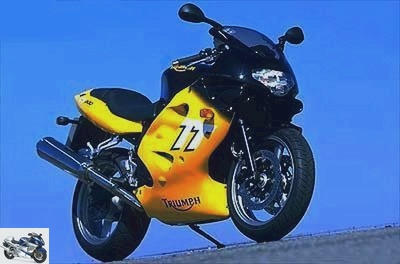 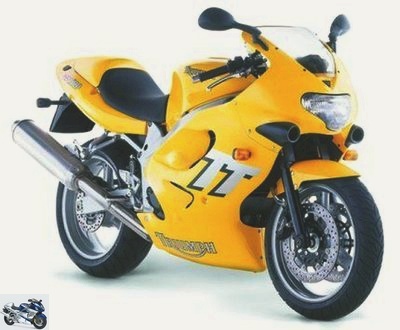 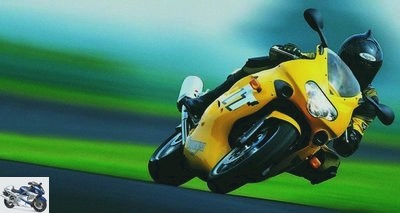 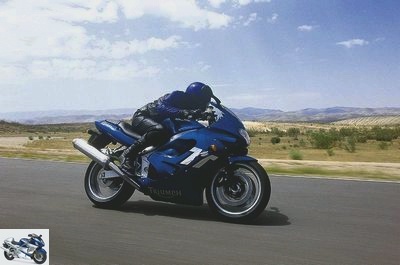 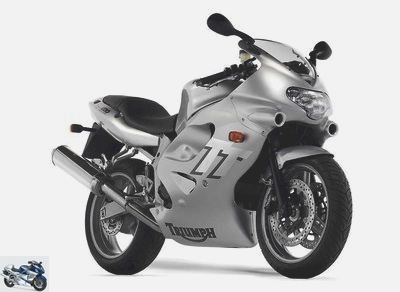 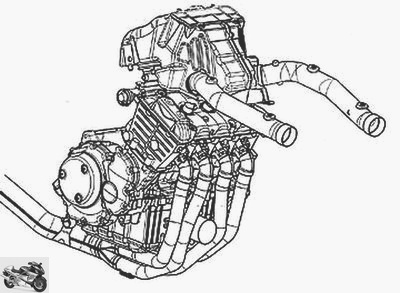 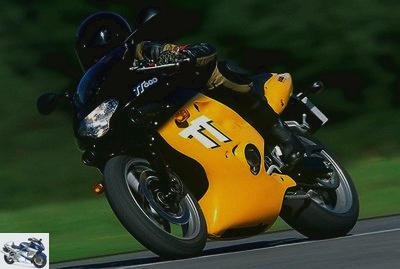 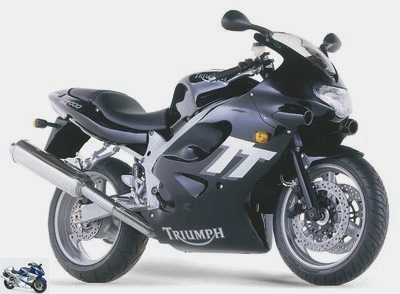 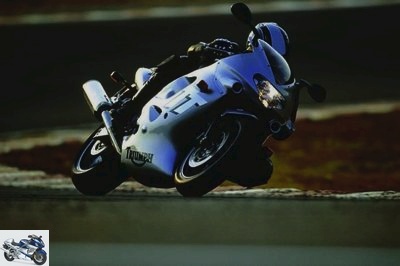 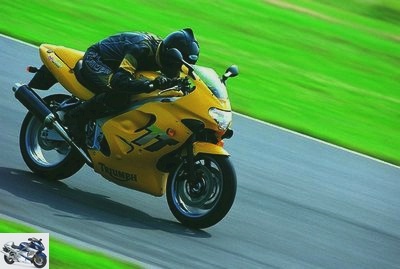