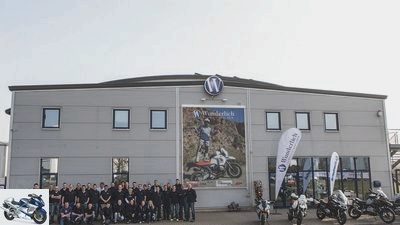 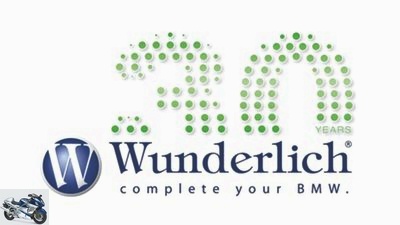 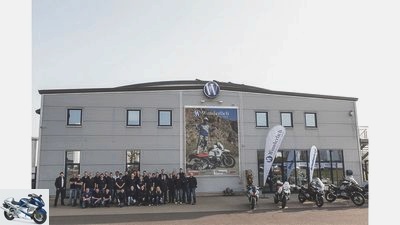 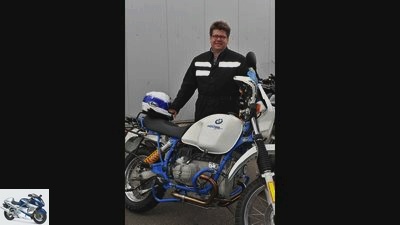 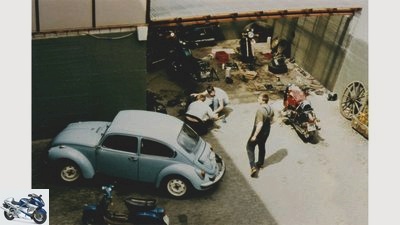 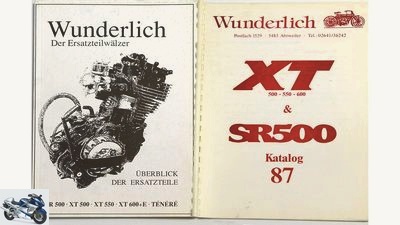 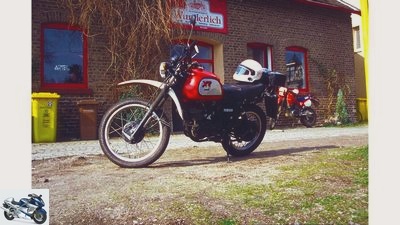 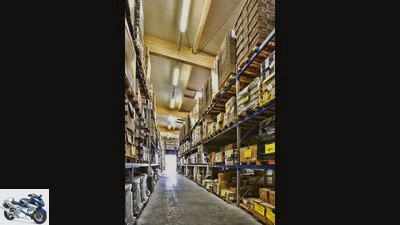 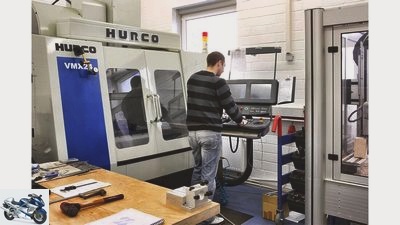 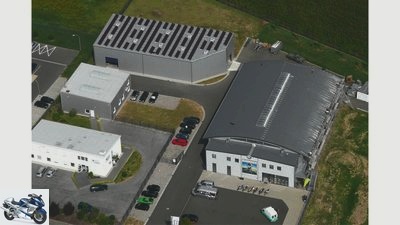 Wunderlich in the company profile

Wunderlich in the company profile
BMW specialist since 1994

The success story began 30 years ago: BMW tuner Wunderlich has developed into the world’s largest specialist supplier of accessories for the Bavarian brand. MOTORRAD introduces the specialist for BMW accessories in.

The answer to the question about his secret of success comes straight out of the pistol: “Think unconventionally and be creative” is Erich Wunderlich’s credo, to whom he has been committed for 30 years. Inventing, tinkering and improving is his passion and runs in his blood. Father Alberto, a skilled doctor, was an avid hobbyist in his spare time. “Everything that didn’t exist at home was made by us,” he says. The well-equipped workshop in his parents’ house in Ahrweiler served him and his two older brothers as an experiment room for screwdriving on various mopeds.

It was thanks to a chance find that this could happen at all: a photo, the father Whimsical in the 50s proudly on an ancient Indian shows. Why this? “Two things were forbidden at home,” explains son Erich: “Smoking and motorcycling.” In view of the father’s two-wheeler past, however, this was no longer enforceable. And at the age of 52, Wunderlich is still as passionate about smoking as riding a motorcycle.

The first machine was a Yamaha XT 500

In 1984, shortly before graduating from high school, he bought his first bike – a Yamaha XT 500. The large-volume single-cylinder was the hottest bike at the time. “A real men’s motorcycle,” the 52-year-old raves to this day. And it was made to work with full physical effort. “E-starter was something for wimps back then.” But the macho box has weak points – one of them is valve train lubrication. For this reason, Wunderlich devises improved lubrication of the overhead camshaft by relocating the oil line directly to the rocker arm shaft. The idea is simple but ingenious. And it becomes a business model: improving Yamahas.

The first modifications, such as improved swing arm and steering head bearings, are still being implemented in the garage workshop in his parents’ house. When the company was founded in 1985, the first catalog appeared – eight self-typed disc machine pages, which quickly aroused a great deal of interest in the XT and SR scene. From now on things are going uphill.

Only two years later there is a wide range of options ranging from chassis optimization to costly performance enhancements – the company has long since outgrown the garage at home and is based in a warehouse at the Ahrweiler train station. In 1988, Wunderlich gave up his business administration studies in Bielefeld – the company now demands full commitment. The first employee joins in the same year.

Three years later, the young entrepreneur set the course again and surprised the IFMA audience in 1991 with a heavily refined BMW R 100 GS. He was disappointed that Yamaha had not continued the tradition of large-volume single cylinders. “With the R 100 GS, BMW offered what I imagined,” he says. “A powerful two-cylinder with 1000 cm³.” A 68-page catalog with more than 200 accessories for bikes of the white-blue brand was published as early as 1992.

Almost 100 percent of the in-house developments from Germany

The new R 1100 GS then triggered a trend-setting decision at Wunderlich in 1994: From then on, the company concentrated entirely on the brand. And it has long had core competence in this area and considerable success with it. Most of the ideas for new, innovative products are born in our own research and development department. The eight-person team meets at least once a week. Company founder Wunderlich is still brimming with ingenuity. In the group there is usually heated discussion and precise calculations. The point is to filter out those ideas from the variety of ideas that have the greatest benefit for the customer – but which can also be implemented in an economically viable manner.

If a positive decision has been made, the product idea becomes a design drawing. A model is created from this by hand, and ultimately the prototype. The testing then takes place in practice – tested, loaded, checked and assessed again and again. “If a product doesn’t work as we had imagined, it will be crushed again,” says perfectionist Wunderlich. And he deliberately refrains from his own production. “We have everything manufactured by specialists from specialty companies according to our specifications.” Whether turning, milling, injection molding, sheet metal bending work or textile production – for him it is the best way to have this work done by “people who have a perfect command of their craft”, and to achieve an optimal price-performance ratio. The majority of its producers come from the region. “Made in Germany” is taken seriously in Sinzig: Almost 100 percent of in-house developments are produced in this country. 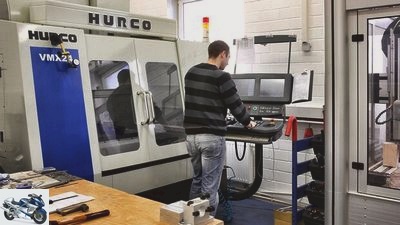 95 percent of Wunderlich’s products are made in Germany.

First own product under the brand:

Bestseller – the most successful product:

The flop in the company’s history:

Accessory series for the G 650 X-Country / X-Moto / X-Challenge. Reason: vehicles did not establish themselves in the market.

Number of employees / in development: