What longevity for the R6! Yamaha’s supersport has been in the catalog for 8 years without any real changes (the 2010 evo marked too few changes to be significant). Aging in the calendar, she nevertheless loses nothing of her charisma. Tracking to the end of the connecting rods, the magic of the R6 is still alive, even more after the 2010 update. Don’t look at the design side, you won’t see a thing – it’s all about the mechanics. The longer exhaust by ten centimeters made it possible to get in tune with the level of pollution control and to improve the flow of gases at the outlet. Yam worked a lot on the air intake and electronic engine management. A larger air box ate 1/3 of a liter from the tank. But these modifications give 10% more torque and better availability at mid-range. On the scale, it bumps a bit and the R6 has gained 4 kilos.

Being the most extreme 600 sportswoman does not exempt you from undergoing an ungrateful but essential law: evolution. And even when our name is R6, we are no exception. But Miss Pistarde is hardly worried. With the Yamaha engineers who looked into it and an incredibly formidable potential on the track, the 2010 – 2016 version of this furious 600, like the 2008, will continue to delight many..

Let’s go back to its genesis, which basically dates from 2008. Technology enthusiasts will appreciate it. After adopting the YCC-T (drive-by-wire) throttle control system, the R6 swooped in 2008 to its then-R1 sister the YCC-I (Yamaha Chip-Controlled Intake) variable intake. A set in the air box that allows you to modify the length of the intake horns.
The set of cones is divided into 2 sections, the top one being mobile, actuated by a servomotor itself controlled by electronics. At low speeds, to improve torque, the horns are separated and air passes through the lower section, resulting in short intake manifolds. The engine response to acceleration is thus better.
Higher in the towers, at a certain speed, the upper section lowers and covers the base cones. As a result, the intake pipes are longer and provide more gniak in high revs. Since a modification of the air box is essential, its orifice has also been improved to reduce air resistance..

That was the technical side. Question pure power, the R6 lost a few horses in 2010 (who knows why) to develop since some 124 horses. An already muscular hara, hysterical in the towers, but which loses a little nobility in the face of the trailer of the ex-grind and its 135 horsepower obtained at 14,500 rpm (129 without the forced air intake ). The power that a 750 developed not so long ago. Except that today, around this power, there is an EXUP, titanium valves, an anti-dribble, a Drive by wire YCC-I handle, a YCC-T variable admission, and a chassis that has it also evolved.

Thanks to its mastery of die-casting technology, Yamaha redefined the distribution of the frame’s rigidity by modifying the wall thickness of the two side beams by touch, especially at the level of the rider’s knees. At the same time, the wall of the steering column has been thickened in order to gain rigidity, while the cross member that connected the left and right sides of the Deltabox frame has disappeared on the model since 2008, as had been the case on the R1 2007 model..
These changes are almost impossible to see with the eye, but are supposed to improve handling and increase the precision of the R6 when cornering. In this regard, nothing is left to chance: the new fork sleeves also benefit from a differently distributed stiffness, a new lower triple clamp, and an extended triple clamp offset. On this formidable front axle, the braking remains the excellent 310 mm double disc with 4-piston radial calipers; the only change comes from the thickness of the discs, going from 4.5 to 5 mm.

adre. And hop, 450 grams of gained at this place. Underneath, there are sections of the swingarm that are no longer extruded but forged aluminum. A few centimeters away, the rear suspension has been lightened via a new compression adjustment support, as on the R1 2007-2008 version. And yet the R6 has gained weight. 5 kgs in 2 years, to settle in 2008 at 166 kgs dry. – and still 4 kilos in the hips for 2010. For some time now, the crazy hunt for weight no longer seems to be the priority of manufacturers (except Honda and Ducati).

On the aesthetic side before and after 2010, it is subtle and yet, the R6 has still gained (a little bit) in dynamism. But it will be necessary to be really attentive to distinguish that the upper edges of the sides have been redesigned, that the point of attachment of the mirrors is modified a tad, that the new bubble caps an even sharper beak, and that we have a bit reviewed the top of the tank. Flickers, but a design that is still incredibly aggressive and decidedly irresistible: as if adrenaline had guided the draftsman’s pencil. 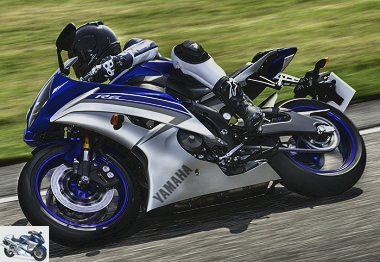 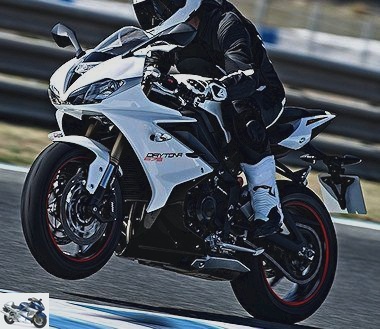 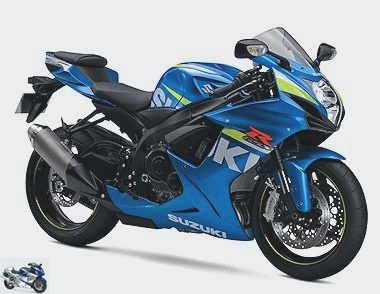 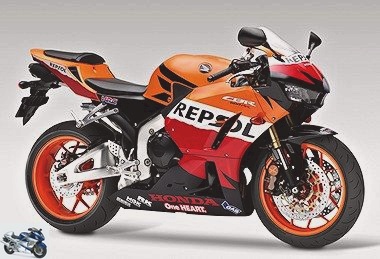 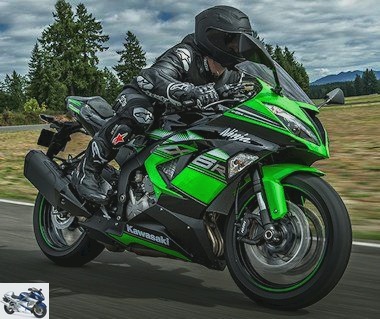 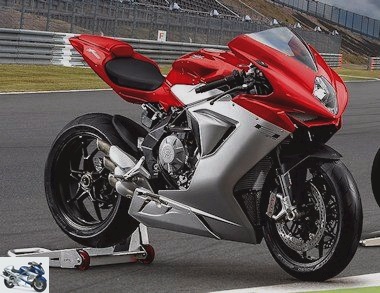