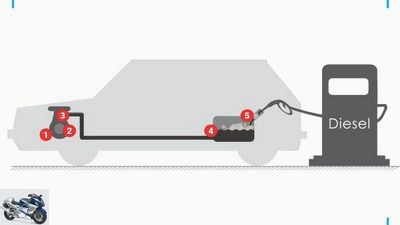 Fuel and oil additives don’t fix anything. But they can clean the engine, reduce fuel consumption and protect against wear. We clarify what to look out for with these additives for cars and motorcycles.

This is what additives in the fuel do

What the vital vitamins and trace elements are for humans, these are the additives for the engine. Many of these special chemicals can be found in fuel or engine oil, and they serve one purpose: They reduce wear on the drive. Now it is the case that in the accessories trade you often see so-called additive additives – do these products even bring anything if engine oils and fuels already have sufficient additives? Car and motorcycle manufacturers often say “no” and warn against the use of additives, and even threaten to withdraw the vehicle warranty.

As always in life, it’s such a thing with the truth. Whether an oil additive is worthwhile for a new motorcycle or car is a matter of debate. This is how far it wants to go, for example Liqui Moly don’t let it come. The company is one of the best-known manufacturers of additive additives and tries to reassure consumers by taking out insurance in case one of their additives causes engine damage. “We have never had a case like this before”, says David Kaiser, Head of Development at Liqui Moly. 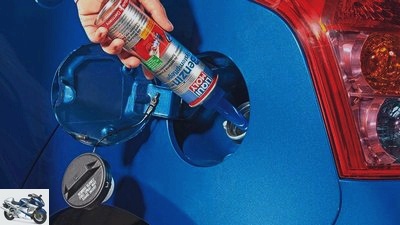 Additive cleaners remove residues on valves and other parts.

In the case of older vehicles, on the other hand, using them can definitely bring something and reduce wear and tear. A particularly large amount of city traffic leads to harmful deposits in the engine; a special cleaner, for example, which is added to the engine oil shortly before the oil change, is suitable here. And if you only ever use a less high-quality lubricant for your vehicle, you can spice up the oil with a wear protection additive. But only if you resort to resources from well-known manufacturers. Because many cheap products do more harm than they help, because they contain Teflon, chlorinated paraffins or abrasives.

Important at this point: What is good for the car is by no means good for the motorcycle – especially with the models with wet clutches. The wrong additive or use will cause it to slip. With Liqui Moly, therefore, the bike additive may only be added to two percent of the oil quantity. 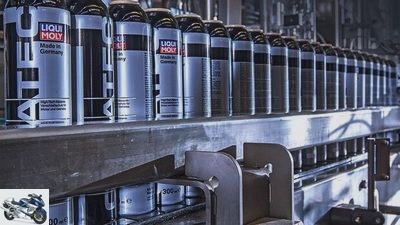 Fuel additives promise great benefits for motorbikes and cars. After all, every combustion process leaves residues that are deposited as deposits in combustion chambers, on injection nozzles or valves. In gasoline engines, a layer of coke forms on the intake valves over time, which can narrow the intake cross-section and thus reduce engine performance. In the case of intake manifold injection in a car or motorcycle, these coking act like a sponge: They suck up the fuel and release it again in an uncontrolled manner, which has a negative effect on engine operation and service life.

In the case of diesel, the deposits clog the injection nozzle holes. In tests with a lower quality fuel, the nozzles were so closed after just 20 hours of continuous operation that the engine had lost a good eight percent of its power. Liqui-Moly-Mann Kaiser knows, especially abroad, that you have to reckon with inferior fuel quality: “The qualities fluctuate particularly in Great Britain, Italy, Spain and Portugal.” 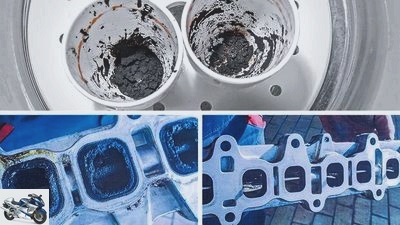 Above: A lot of city traffic increases the formation of soot in the particulate filter with diesel and clogs it. Special additives lower the soot ignition temperature. Below: cleaning the intake tract with an additive.

The fuel additives are particularly worthwhile here. But they are also useful for us – especially when there is a lot of short-haul traffic. Tests showed that the additives removed the deposits after a few hundred kilometers in both gasoline and diesel engines.

Other spray guns are sometimes used for two-wheelers because, for example, there are still many old carburetor models on the streets. More effective cleaners are then required. And since the bikes are usually mothballed during the winter, a petrol stabilizer is also required. The agent protects the fuel from aging and oxidation during long idle times. It also prevents corrosion in the entire fuel system.