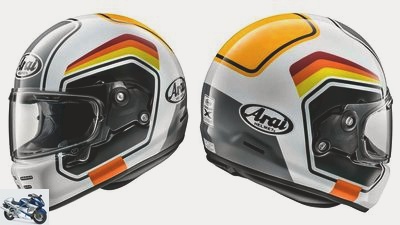 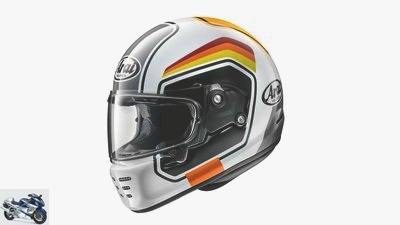 1/10
Arai has introduced three new helmets for the coming year. 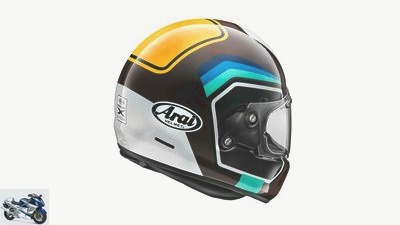 2/10
The first newcomer is the Arai Concept-X. It will be available in numerous designs. The version shown here is currently only available in the Netherlands. 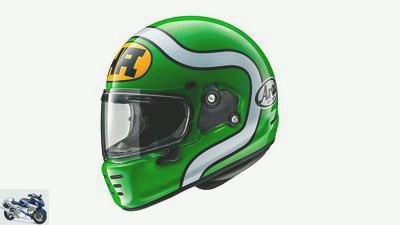 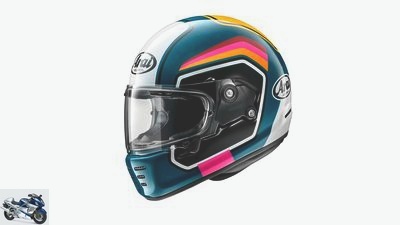 4/10
Prices start at 579 euros. The design variant shown in the picture is also available in the Netherlands for the time being. 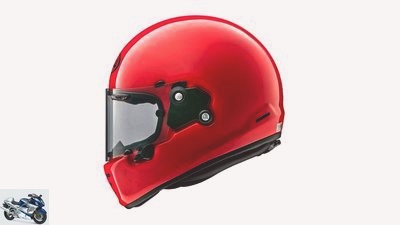 5/10
The Concept-X is already available in various design variants at the market launch. 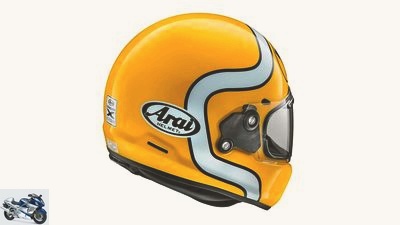 6/10
The inner lining is removable and therefore easy to clean. 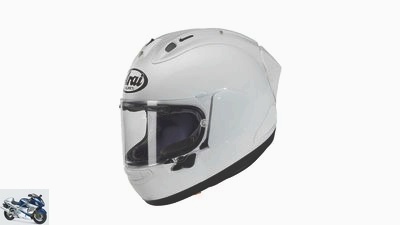 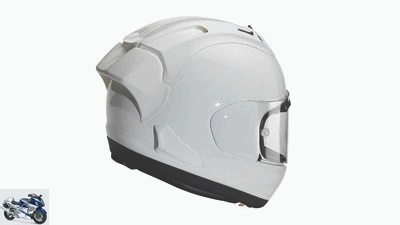 8/10
The Racing is a slightly upgraded variant of the well-known RX-7V. 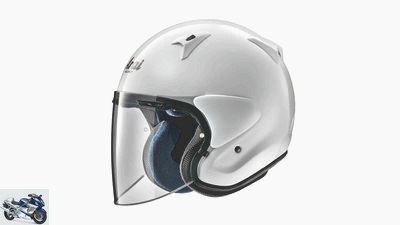 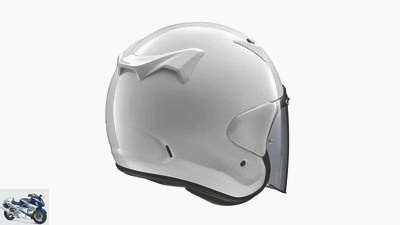 10/10
The final price has not yet been determined.

Arai has introduced three new helmet models for 2020. The Arai Concept-X, the Arai SZ-V and the Arai RX-7V Racing are new to the range.

With the Concept-X brings Arai launched a new helmet for retro lovers. The appearance of the Arai full-face helmet is rather simple. The surface of the helmet is kept smooth. There are no spoilers or edges. The new Concept-X is offered in a multitude of different design variants that are definitely impressive. However, at least for the time being, not all versions shown in this article are available in Germany. For example, those who have been looking forward to the Concept-X in the design shown below will unfortunately be disappointed. Potential buyers will have to fall back on a shop in our neighboring country that also delivers to Germany. 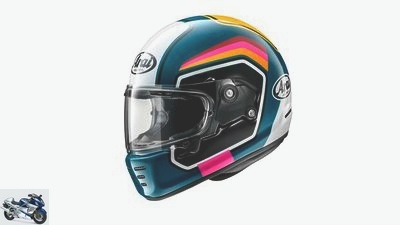 The Arai Concept-X is available in various design variants. Unfortunately, this design will only be available in the Netherlands for the time being.

Arai has also given the new retro helmet a new visor locking system, which is also used in a similar form on the Arai Formula 1 helmets. The inner lining is removable and therefore easy to clean. Arai uses the double D-ring system for closure. The new Arai Concept-X is available in sizes XS to XXL. Prices start at 579 euros.

The second newcomer to Arai goes by the name SZ-V. The open face helmet will initially be available in two rather simple designs. Similar to the Concept-X described above, the inner lining of the SZ-V can also be removed. The large visor should protect against wind and weather. Arai also uses a double D-ring lock for the SZ-V. 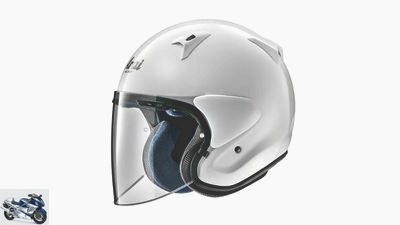 The price for the Arai SZ-V has not yet been determined.

The helmet was designed in such a way that communication devices find a safe place on the left side. The sun visor is attached to the outside, typical of Arai. The new Arai SZ-V is available in sizes XS to XXL. The price has not yet been determined. However, Arai has already mentioned that the SZ-V will tend to be in the higher price segment. Interested parties have to plan around 500 euros.

The “Racing” is an upgraded version of the well-known RX-7V. The racing is homologated for use in the MotoGP, Superbike World Championship and other FIM racing series. In addition, minor adjustments were made that should have a positive effect on the aerodynamics. 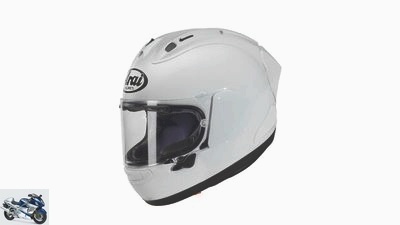 The new Arai RX-7V Racing is designed for use in various FIM racing series.

The ventilation openings on the front have become a bit smaller compared to the base. The final price has not yet been determined. However, the Racing is a little more expensive than the basic RX-7V, which is currently available on various online portals from just under 600 euros.

Arai is expanding its model portfolio with three new helmets and, with the Concept-X, is introducing a full-face helmet that should be of particular interest to owners of retro-inspired motorcycles. All three newcomers are likely to be well made, as is typical of Arai, but the entry prices have also been correspondingly salted.