2017 and Euro4 standards caused all machines and manufacturers to fold. BMW is forced to do so like the others and the Bavarian maxi-trail-sport is doing quite well. Its 4 cylinders, already well filled, gain 5 horsepower. A high power output of 165 hp is now available, achieved at the same speed of 11,000 rpm. Hot in front !
The S 1000 XR is also a machine that likes to drive and carry gear. In order to carry even more, the manufacturer increases its maximum authorized total weight by 10 kilos, which goes from 434 to 444 kgs. An ounce of comfort has been added with softer handlebar attachments to reduce vibration.

Let’s come back, take again, revise the genesis of this atypical and yet damn interesting machine. Its silhouette is striking, with typical BMW stumbling style. It really looks like an S 1000 RR having eaten a GS. With an insect muzzle, duckbill appendage, fairing scent and a rock-solid body, the S 1000 XR imposes its stature and philosophy. Who is ?
Adventure in sport mode. It must be recognized that a pseudo trail powered by a 4-cylinder developing no less than 165 horsepower, that takes you into a very muscular dimension of the trail-GT concept. And this machine is technically as supplied as the sports and streetfighters of the moment.

But playful and considerate. Already, the option box invites you to fall for the Shifter Pro, to up and down gears without touching the clutch lever. As for standard equipment, BMW is committed to implementing in all its models what to assist piloting in multiple ways. The S 1000 XR naturally benefits from this. As standard we have the right to anti-slip ASC and two driving modes. Road for the right balance between performance and comfort; and Rain for more smoothness and a little less power – more description at the bottom of this page.
Let’s come back to the options, because there are the “Pro piloting modes” on the shelves. There, we swap the ASC against a dynamic traction control DTC with angle sensor (finer management) and two other driving modes. The “Dynamic” allows you to play with the machine, while the “Dynamic Pro” allows you to take full advantage of the possibilities of this machine. Better to have a good dose of experience in the pognes.

Sister of blood and metal of the S 1000 R and RR, the XR could legitimately have recovered the chassis.
Well no, this hypertrail wants its own skeleton. And tough. A strong section aluminum perimeter structure, made up of 4 elements: 2 side profiles, the engine and swingarm anchoring section, and the steering column support. The engine is also used as a supporting element. The rear frame, in aluminum profiles, is designed to support crew and luggage.

Streetfighter in a trail suit? Muscular roadster on stilts? Trail hypersport? A bit of it all in the BMW S 1000 XR. The driving position more senatorial than on a roadster and more accommodating suspensions, the bubble of a good size and the wide handlebars invite you to a more relaxed disposition. Once the engine is started, no illusions to be made: there is fire underneath, capable of taking you very quickly, very hard. The instrument cluster from the S 1000 R and RR continues to maintain the family relationship and maintains the look in sportiness. The pneumatic ride follows this path: 120/70 – 17 and 190/55 – 17, these are very road and / or sporty dimensions, far removed from the finesse of an enduro ride.
The Bavarian manufacturer has developed a kind of TGV on two wheels capable of spinning like the wind between Paris and Antibes, grazing from Chambery to Val Thorens and trying the experience of the damaged road..

In “Road“, the steering aids are adjusted to offer an optimal balance between performance and comfort on dry roads. The response to acceleration is direct and the anti-wheeling protection eliminates any detachment of the front wheel.

The mode “Rain“allows the motorcycle to be configured for road conditions characterized by reduced adhesion coefficients. The motorcycle therefore responds very smoothly to acceleration and the front wheel lift off during acceleration is suppressed. The power is reduced to 146 ch.

In “Dynamic Pro“, the handling is very dynamic. The reaction to the opening of the throttle is transparent and direct, and the DTC setting even allows you to savor the advantages of very grippy sports tires on roads with a high coefficient of grip. , including on the track. In this mode, the pilot must actively control the separation of the front wheel and, therefore, any wheeling. “Dynamic Pro” mode is activated by plugging in an encoder plug. As long as the encoder plug is plugged in. , Traction control deactivated and ABS disconnected remain so, even after switching off and restarting the ignition. 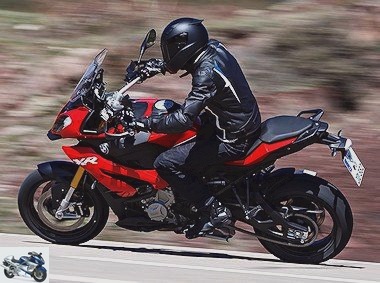 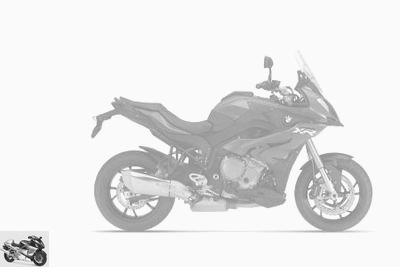 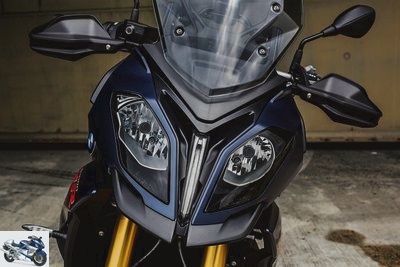 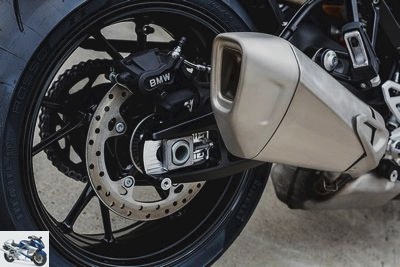 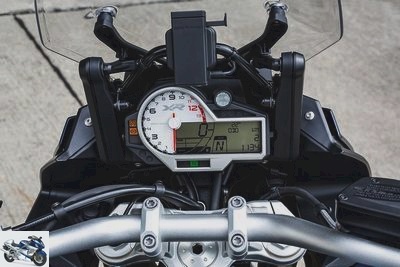 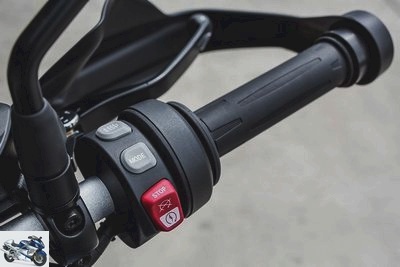 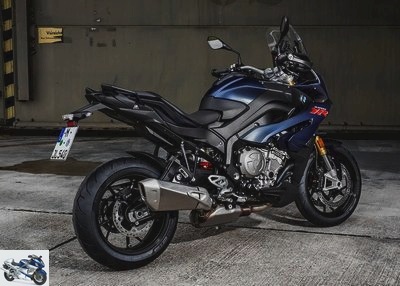 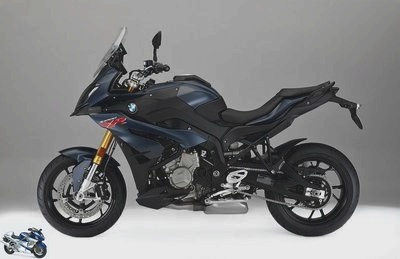 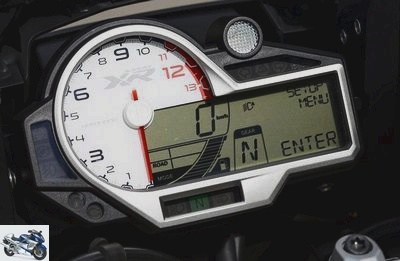 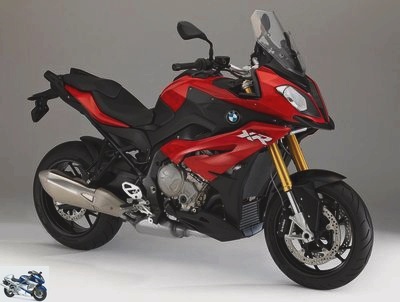 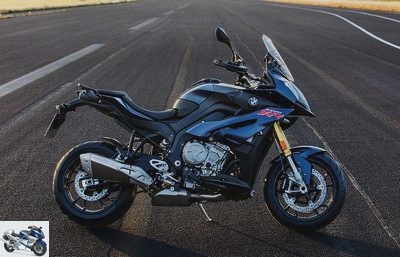 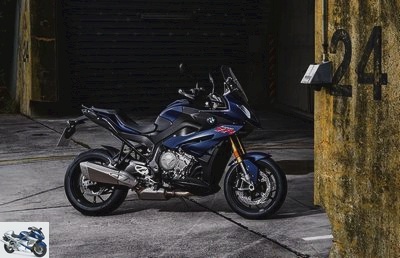 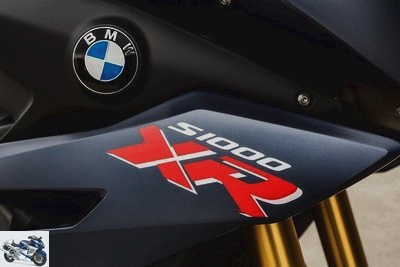 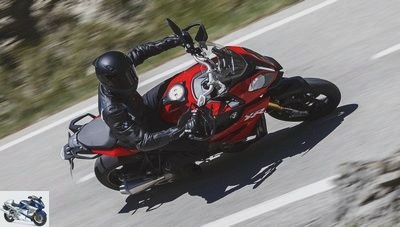 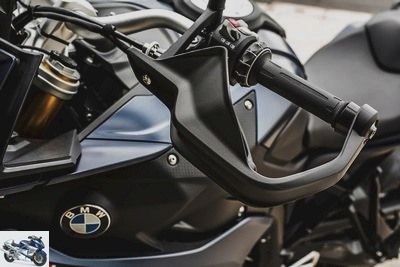 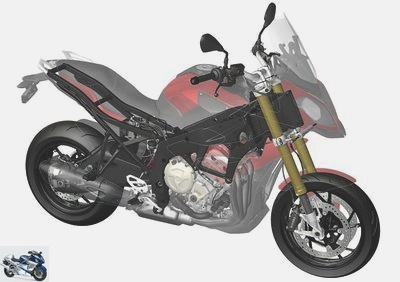 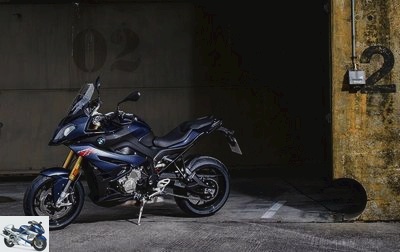 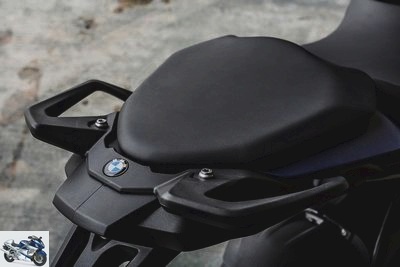 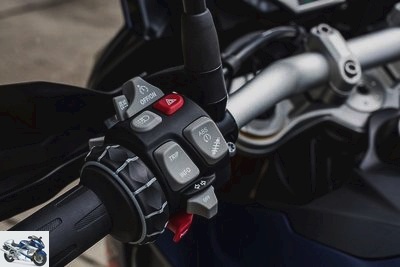 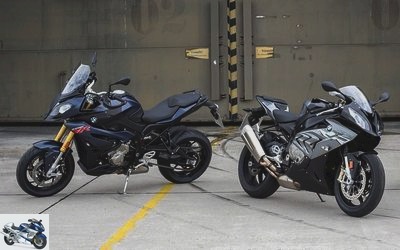 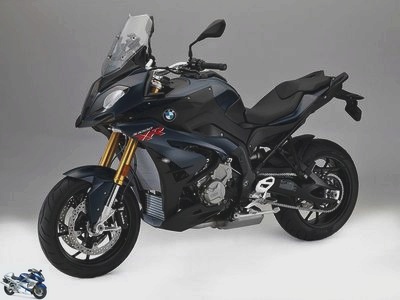