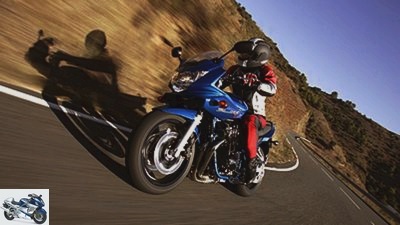 The youth are no longer rebelling, 1968 was a long time ago and the establishment is firmly in the saddle. Nevertheless, there are still ideals of yore that have lost none of their validity. For example, the realization that more displacement has (almost) never done any harm. Like the fresh Suzuki Bandit 650.

The differences to the 600