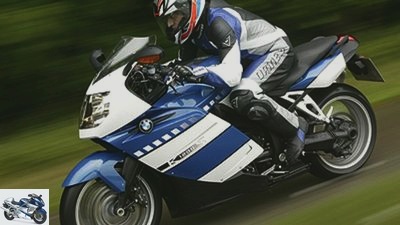 BMW relies on sport. But not just with a simple Japanese copy, but with the technologically advanced K 1200 S. MOTORRAD drove the most powerful non-Japanese series machine of all time.