Kawasaki Ninja 650 ?! Could this be Akashi’s new supersport? The ZX-6R would have survived the genocide operated in its category ?? Not quite. Under this name it is a new ER-6f which is hidden. Like its twin and undressed sister ER6-n, recently unveiled under the new surname of Z650, the ER-6f has a new lease of life and changes its name.

The new version of the ER-6f is a “controllable Ninja”, far from those which made the reputation of the line, aggressive and ultra sporty. So what is he hiding under his kimono? As you can imagine, behind its bellicose plastic, we find the mechanics of the Z 650 (the new Er6-n; yes, it gets complicated). The major evolutions are to be observed on the side of the cycle part.

The framework is new; it weighs only 15 small kilos and adopts a tubular steel architecture similar to that of the sulphurous H2R. It participates in the drastic weight loss of the whole, close to twenty pounds. The rear suspension has also been revised. Formerly deported on the right side, it has been refocused and horizontalized in Back-link format, resulting in a complete overhaul of the motorcycle’s perimeter..
It remains more classic for its front axle, with a 41 mm fork and 300 mm brake discs. The 2-piston calipers will receive the urban reinforcement of a Bosch 9.1M ABS.

For everyday life, it boasts the added bonus of a bubble adjustable in 3 positions over an amplitude of 60 mm. We also appreciate the brake and clutch levers adjustable in 5 positions, the sporty and complete dashboard, the tachometer needle changing color according to the speed, and the small touches of elegance. Like the sleek fuel cap without mounting screws, or the X displayed in the taillight when called upon.
Is traction control planned? Yes, but not for us. In Japan only: the Japanese Ninja 650 are equipped as standard with this active safety. 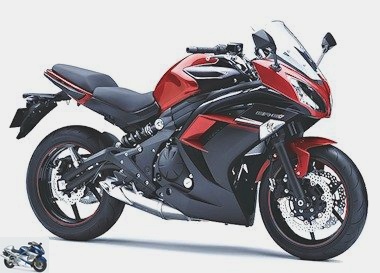 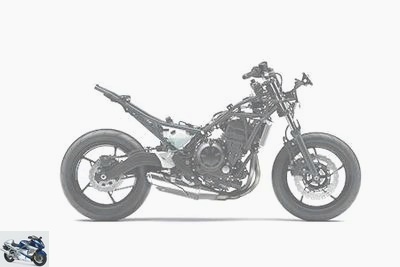 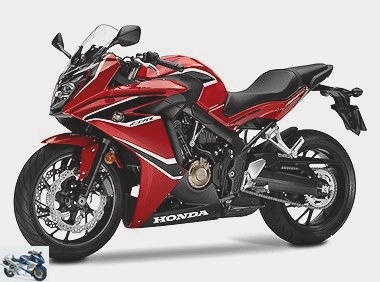 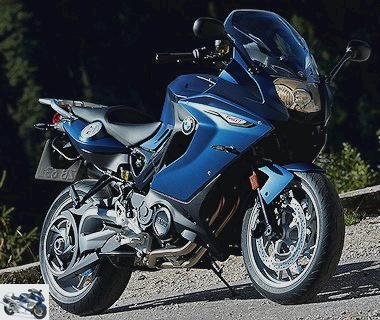 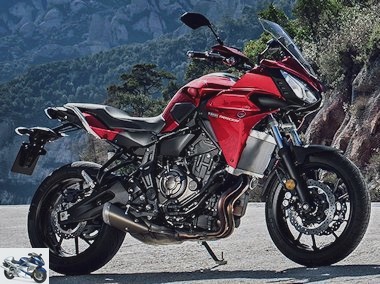 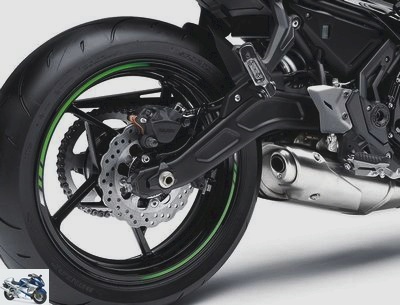 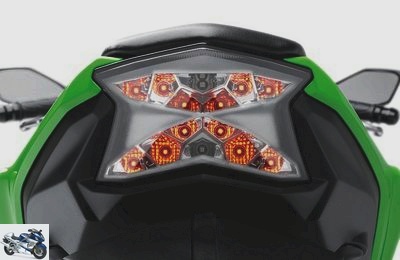 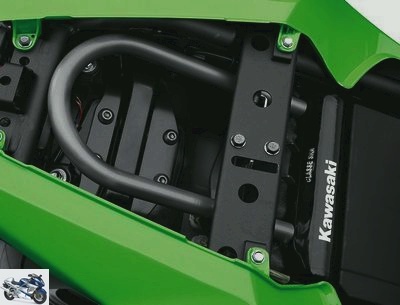 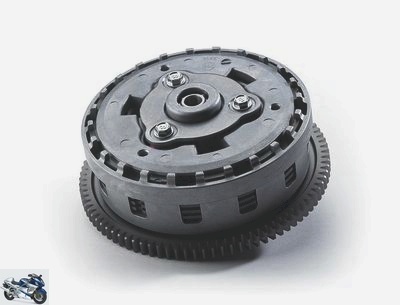 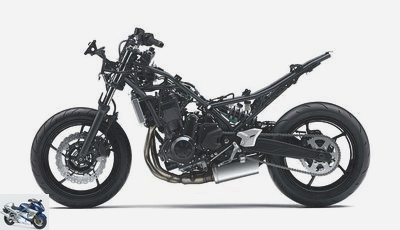 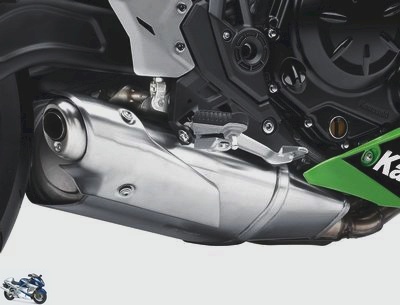 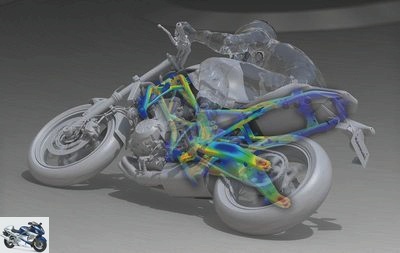 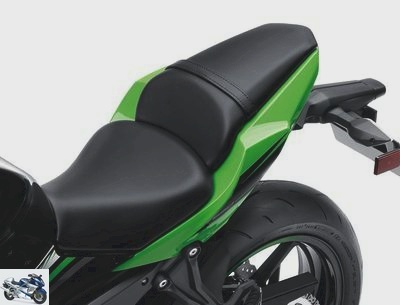 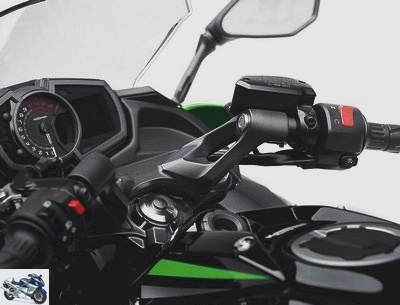 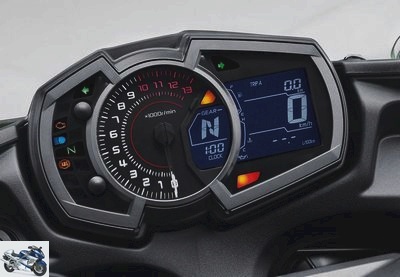 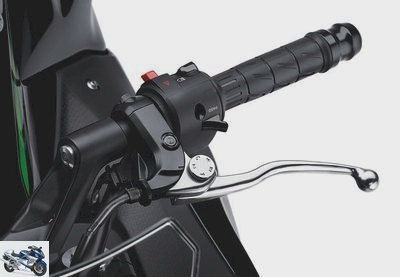 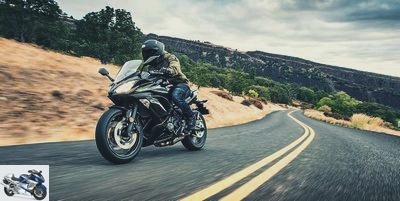 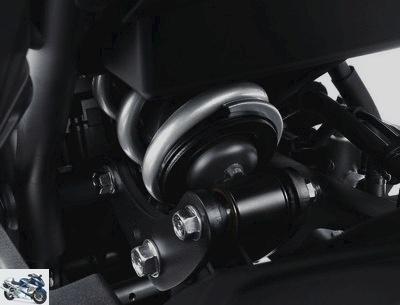 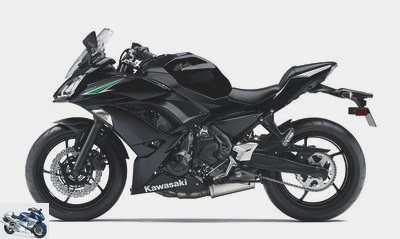 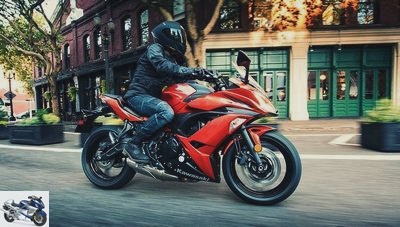 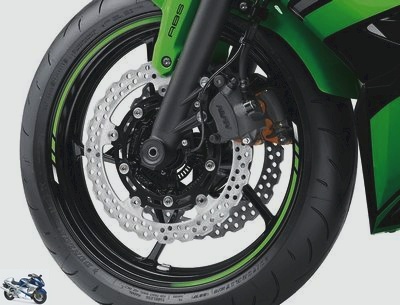 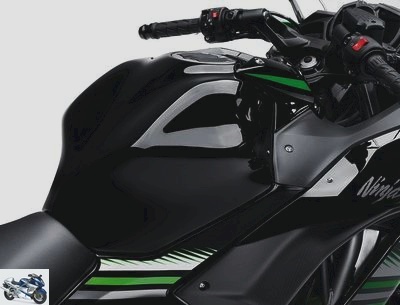 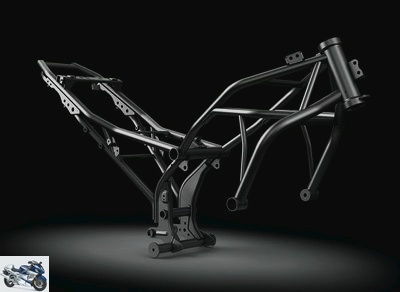 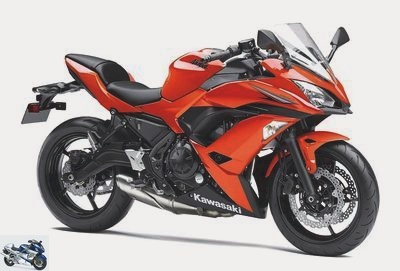 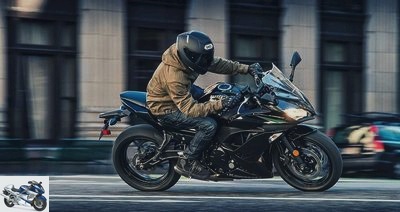 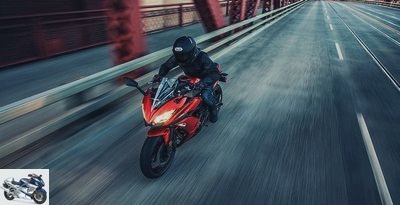 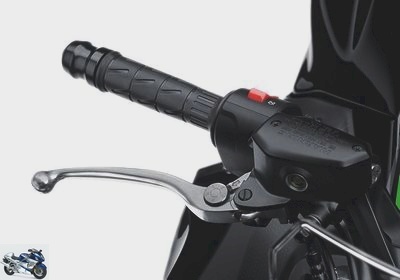 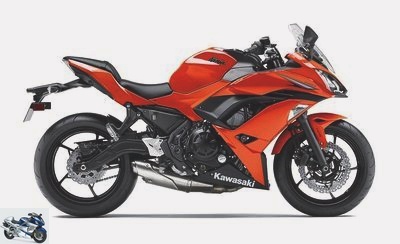 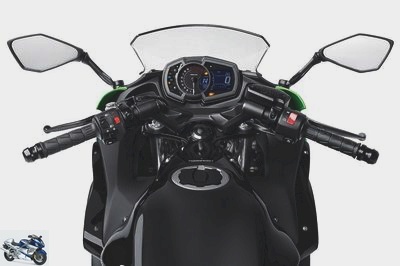