Like a pair of sneakers, the Z 1000 SX brilliantly combines two mutually exclusive virtues: comfort and a sporty stride. Thanks to this, it leaves its mark on the sport-gt market and helps the most undecided to find the shoe to their feet.. Forget the light bulbs. It is now adorned with sparkling LEDs, highlighting the sportiness of its new silhouette. Athletic line, which it traces the tangent by several points offering increased comfort. In short, here it is even more sporty and even more comfortable.

If in practice the SX is halfway between the ex auntGTR 1400 and the sister ZX-10R, in terms of style, it has clearly chosen its camp. She adopted the “racing” fashion and wears a fashionable Ninja dress. His features are tapered, ultra piercing. Not aggressive, but downright belligerent. Its prow takes on the appearance of arrows, sharpened by a host of reliefs which exacerbate its sharp gaze. What dull the desires of the most timid … Kawasaki has chosen to radicalize its range, and we still demonstrate this after the adoption of the surname Ninja 650 by its small roadster ER6-F.

With age, she still matured. Already because she got rid of those nasty acne growths that acted as a blinker, but also because these clothes offer better protection and comfort than before. This is made possible by a longer and thicker 3mm saddle, a 15mm taller screen, and 28mm wider fairings. So she puts on a pretty apron, ready to heat her kettle to cut porcasson trajectories..

Fortunately, boiling the engine is always so pleasant! The power remains similar: 142 horsepower. His impulses are still as sporty, but a bit less rough. They have been polished by injection tuning. Mechanically, whether it is the chassis or the engine, there are no other major developments to consider. Anyway this mill was already on top and the frame incisive and precise at will, free from any reproach. It is made up of sporty peripherals including a large inverted fork and well-proportioned radial brakes..

Having said that, there is one element that is really a game changer. It comes directly from the one she imprinted her dress on, the ZX-10R. Under its underside, it is not hiding new legs, but the latest generation of nerve endings, more precisely a Bosch inertial unit. If for the Kawa fighter plane, it allows to bring down the competitors between two chicanes, for the SX, this paraphernalia makes it possible to reinforce the security and the stability. Through traction control (KTRC) and supersport anti-lock braking (KIBS), the “cornering management” (KCMF) system monitors, coordinates and modulates all engine and chassis parameters.

Other touch-ups serve the comfort on board. Namely the arrival of more ergonomic passenger cuffs and originally adapted to the stowage of suitcases, (on the older generation, they needed to be drilled) as well as a shock absorber a bit more flexible. To conclude, the SX gets a more sophisticated and revamped dashboard with LCD screen. It offers an original gear indicator. 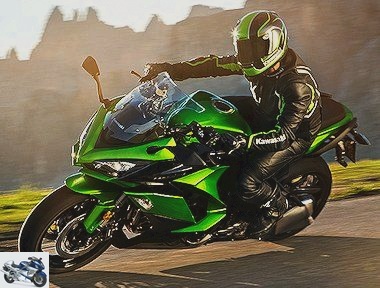 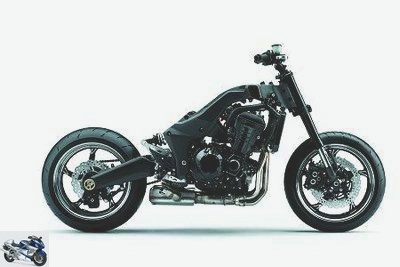 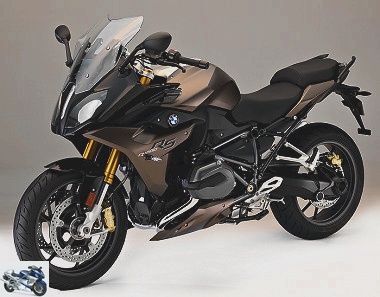 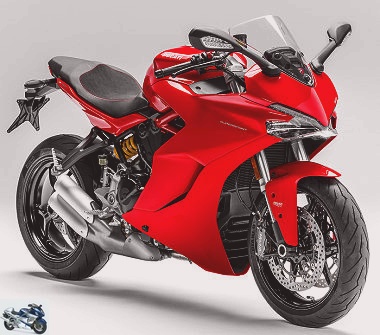 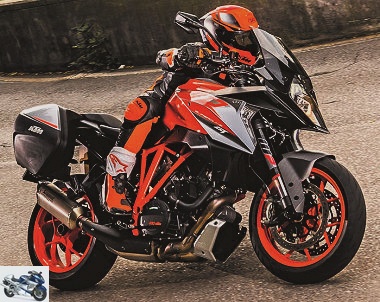 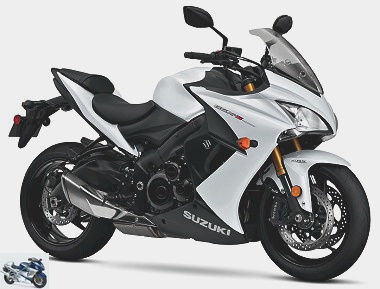 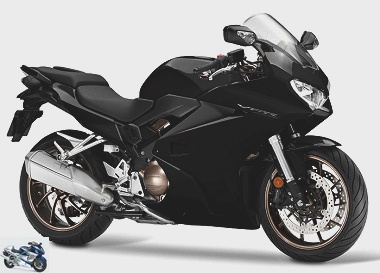 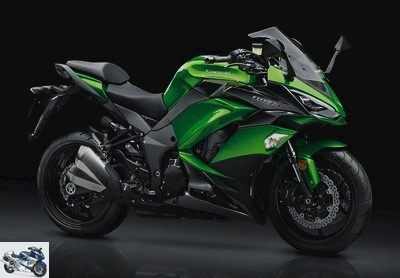 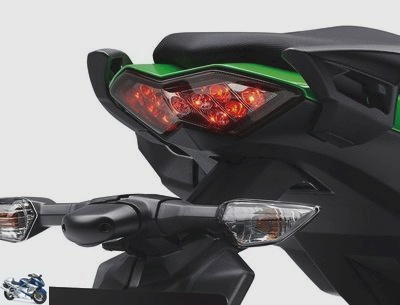 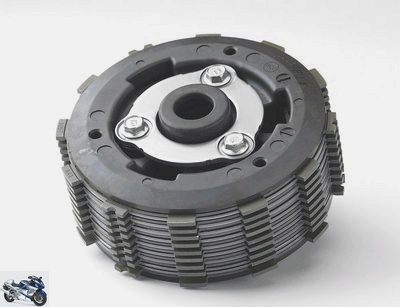 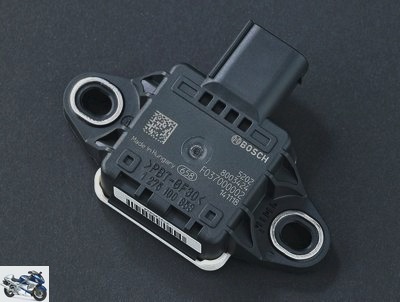 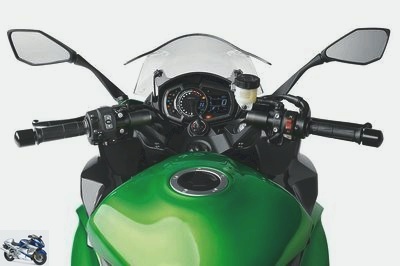 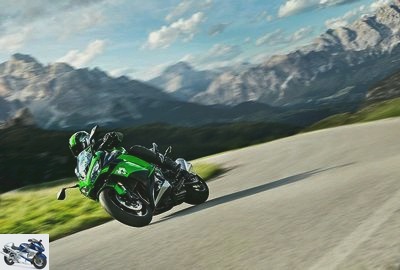