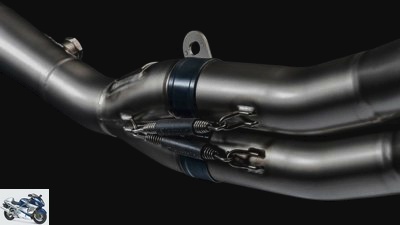 1/8
Akrapovic is launching a limited special edition of the Evolution Line for the Kawasak ZX-10 R and RR for its 30th year. 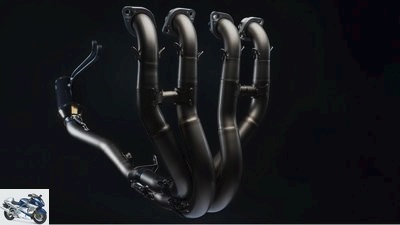 2/8
There will only be 30 pieces. The structure and optics are based on the world championship systems of WSBK and Jonathan Reas. 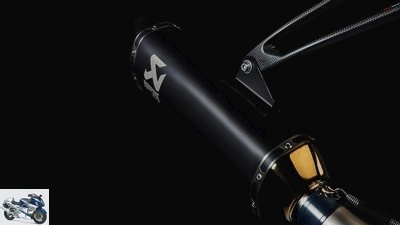 3/8
Including the golden hull foot to win the sixth Reas World Championship in a row. 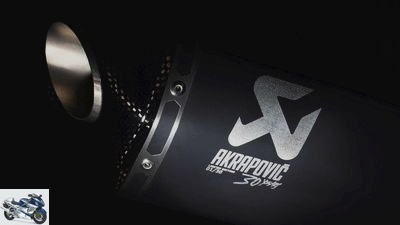 4/8
The engraved shell is made of wafer-thin titanium, the rest of the tubes. 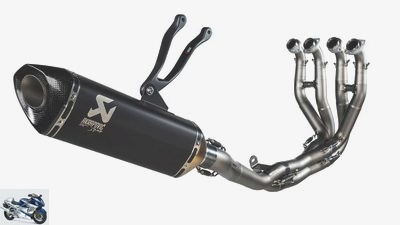 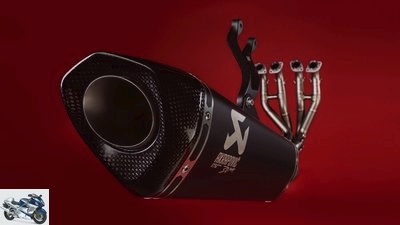 6/8
Akrapovic supplies a dB killer for use on noise-limited racetracks. 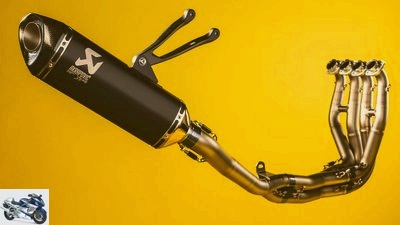 7/8
The manifolds are technically and visually completely in line with the WSBK systems from Kawasaki. 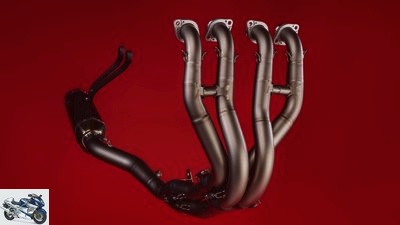 8/8
The 0.9-millimeter-thick manifolds are coated for greater durability.

To celebrate the company’s 30th anniversary, exhaust specialist Akrapovic is launching a limited, complete system for the Kawasaki ZX-10 R and RR.

The premonition resonates. The special edition of Akra is limited to 30 pieces. The elbows are formed from coated titanium tubes only 0.9 millimeters thick and match those in the World Superbike by Jonathan Rea very close to the systems in operation. From its special edition to win the sixth consecutive world championship title in 2020, the 30-year edition from Akrapovic takes over the gold-anodized base to which the engraved and black-lacquered cover, also made of wafer-thin titanium, is riveted. The limited Evolution-Line is completed by a bevelled end cap made of titanium. The system is attached to the stern by a holder made of carbon.

In this version, the system saves 6.6 kilos or 56.4 percent compared to the series system from Kawasaki. As a pure racing system without road approval, the Akra enables the Kawa to increase its power by 11.1 hp at 8,550 tours and 13.4 Nm more power at 3,600 rpm. The peak values ​​increase from 187.3 at 13,450 rpm to 194.2 hp at 13,900 rpm and from 107.1 Nm to 108.6 Nm at 11,700 rpm each time. Because the stationary noise increases from 93.8 to 105.5 decibels at half the nominal speed and which is too loud even for most racetracks, Akrapovic supplies a special dB eater for use on the racetrack. Akrapovic has not announced a price, but they assume that the 30 collector’s items are more likely to hang over the fireplace than on a superbike that is in danger of falling. 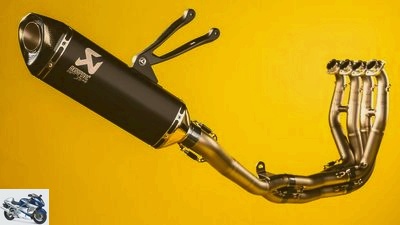 Again shifts in the racing calendar

Happy Birthday Akra. 30 years of sound and performance with less weight. It is celebrated with a limited special edition for the Kawasaki ZX-10RR.