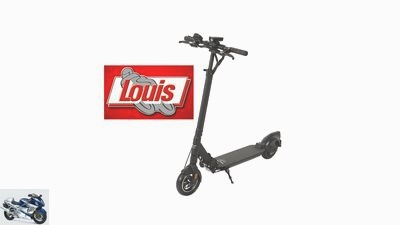 Louis is selling vehicles again
E-scooter from the Louis branch

Back to the roots: for the first time since 1996, the accessory chain is selling motorized two-wheelers again. Two electric scooters are now in stores.

who Louis knows from the early years knows: once accessories and clothing were by no means the only sales segment. Motorcycles were also part of the chain’s range until 1996. Even more: In 1969 Kawasaki was looking for a sales partner in Germany, Detlev Louis then took over the general import and became one of the largest motorcycle dealers in Germany.

While he has grown into one of the leading outfitters in the two-wheeler sector over the past 20 years, now comes the surprise. The two-wheelers are back – contemporary in the form of e-scooters.

Walberg Urban Electrics in the range

Initially, the offer includes two models from the Hamburg company Walberg. The top model Egret Eight V3 with a range of up to 30 kilometers is available for 1,249 euros. Those who do not want to dig into their wallet that deep – albeit deep – still have the model The-Urban #BRLN V3 to choose from. This only creates 20 kilometers and costs only 949 euros. 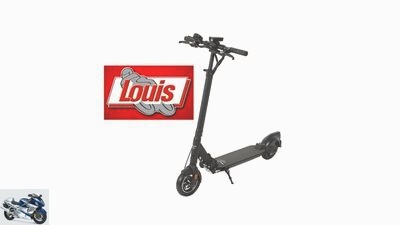 Both have a 350 watt motor, weigh 20 kilograms and carry the new owner through the city at up to 20 km / h. They also have the height-adjustable handlebars and the rear wheel suspension in common, as well as the approval: two brakes, lighting and license plate holder are installed as standard. Soon Louis also wants to add an entry-level model to the range. If it stays with one manufacturer, The-Urban #RVLTN comes into question here – for 799 euros. 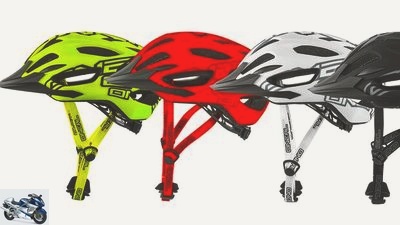 As an additional incentive, Louis is giving away the O’Neal Q-RL bike helmet when purchasing an Egret Eight V3.

Whether the change of heart to selling two-wheelers arose from a friendship in Hamburg or whether Louis will sell more motorcycles again – literally – remains to be speculated.