The Stelvio immediately succeeded by entering the market for large trails. Gifted, efficient, with this little character specific to Mandello, it could come crashing its cylinders in the wheels of the reference BMW R 1200 GS. Problem: the reputation of the German is such that it is not easy to find a place in the sun. This could have discouraged the Guzzi from erasing these few faults…. Nay! The 1200 Stelvio improves after 2 years of service and the NTX version logically benefits from the same improvements.

A little facelift gives it more aggressiveness in the face, and if the features are essentially preserved, it is however almost the entire fork crown that has been changed. Only the headlights remain identical. New bubble, improved protection, and above all a very strong increase in autonomy. The tank carries 32 liters, or 14 more. You can easily exceed 400 km before re-watering the beast. Among the rare criticisms that one could make in the Italian style, the engine management deserved a little more roundness and availability. A new exhaust and a more efficient electronic management arrange all that, offering a more pleasant and exploitable twin. He loses a few horses and a pinch of mkg; nothing serious because the maximum values ​​are obtained earlier. The chassis, already healthy and pleasant, benefits from new front and rear suspension springs and lighter brake discs.
The 1200 NTX gains new suitcases, a redesigned dashboard and better fuel gauge reading, an ATC torque limiter (a kind of traction control), and 2 kg less. Note that only the ABS version is available in France. 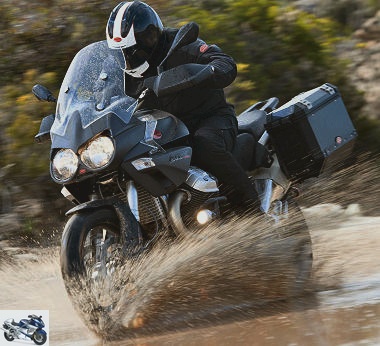 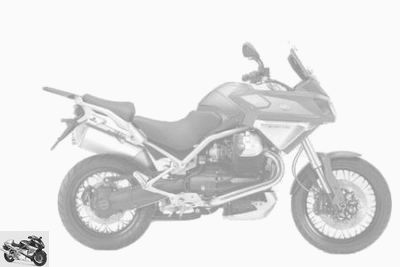 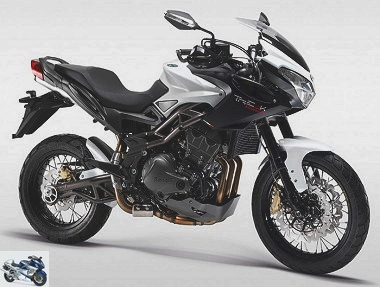 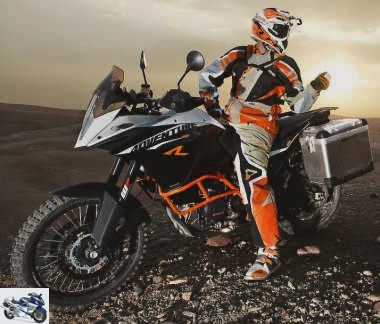 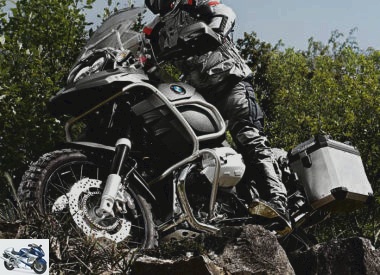 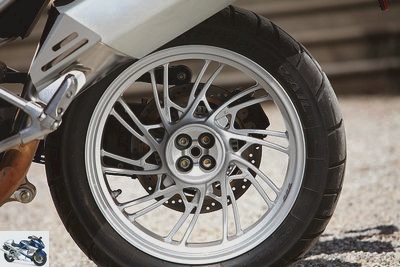 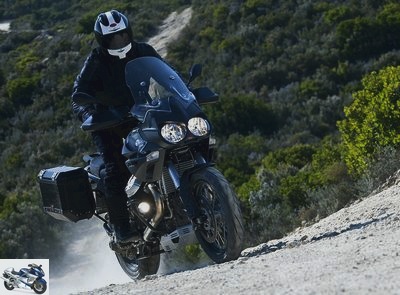 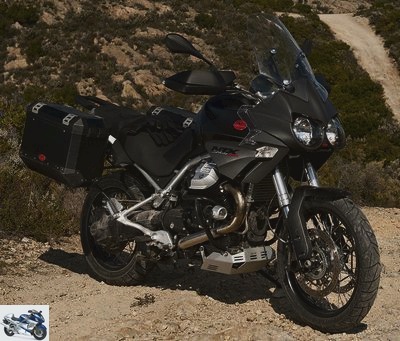 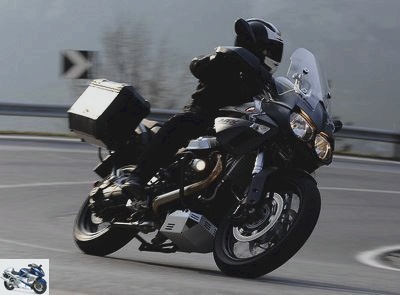 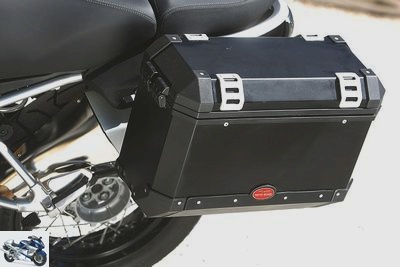 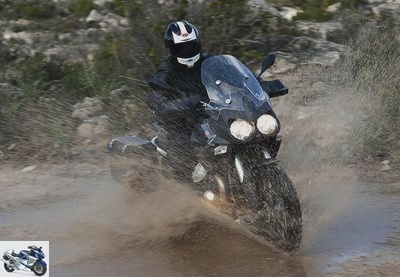 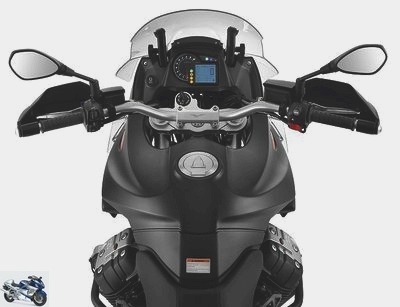 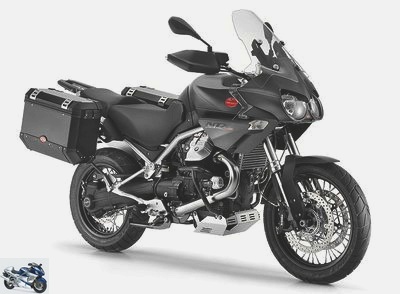 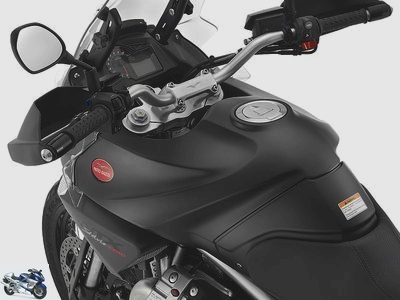 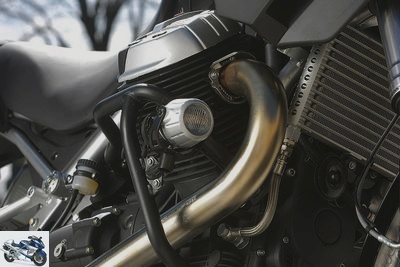 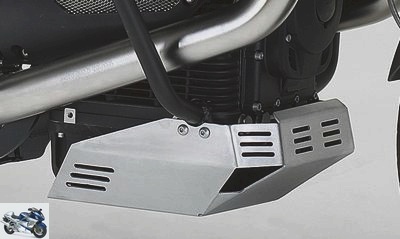 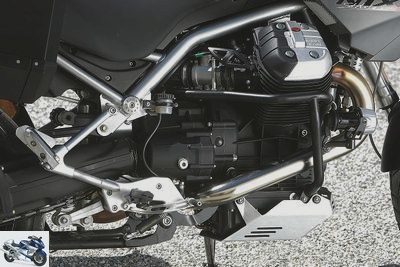 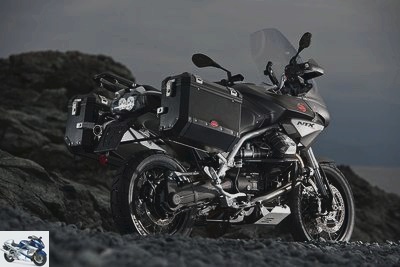 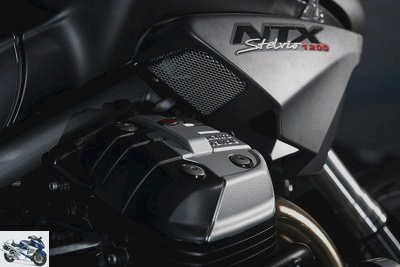 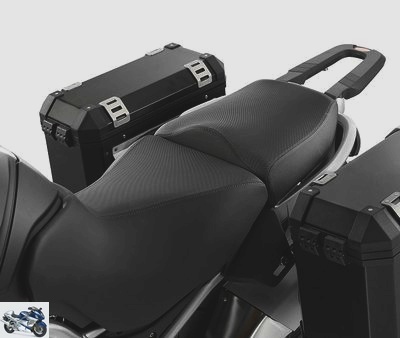 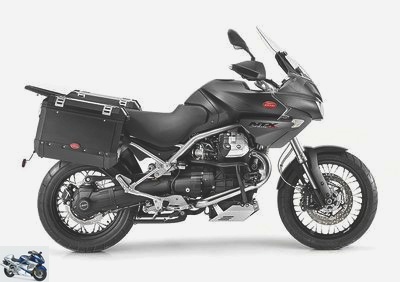 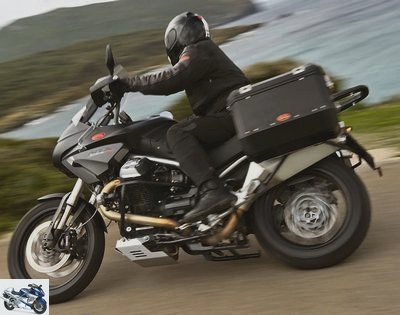 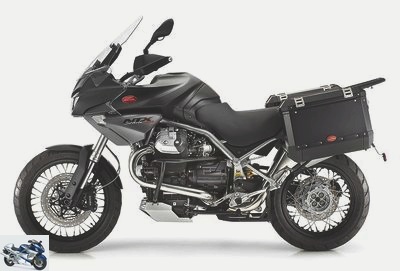 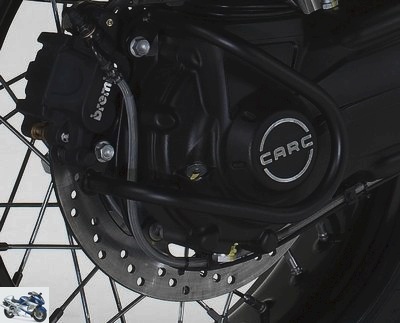 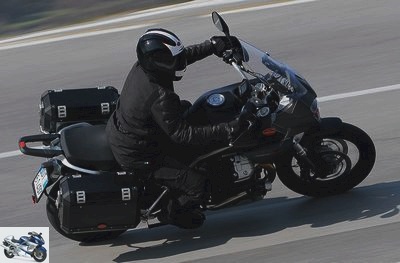