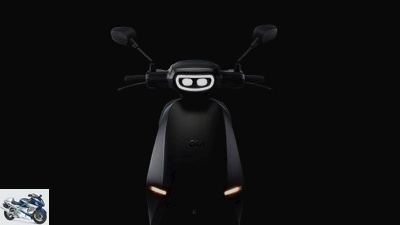 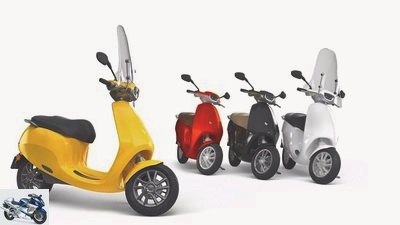 1/15
The Ola Electric Scooter is based on the AppScooter from Etergo. 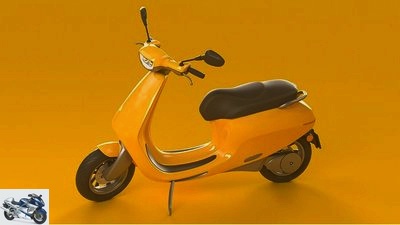 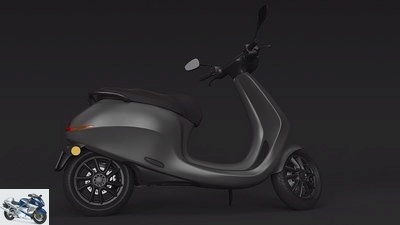 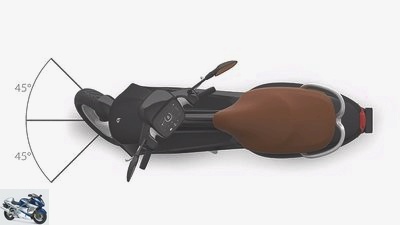 4/15
The AppScooter is approved for two people. 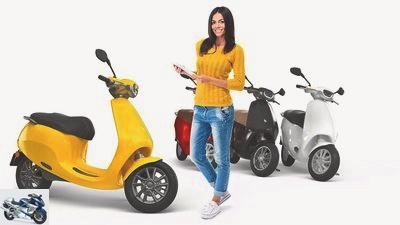 5/15
The range should be between 80 and 240 kilometers, depending on the number of modules. 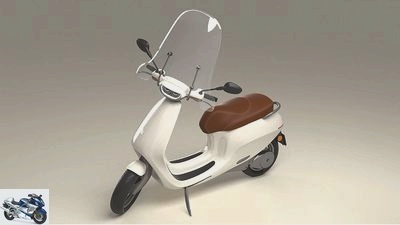 6/15
A large windshield is also available as an option. 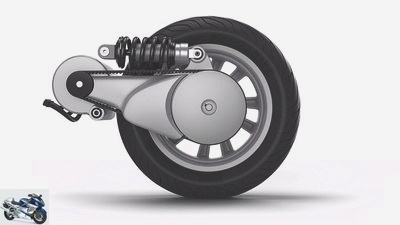 8/15
A 7-inch touchscreen forms the cockpit. 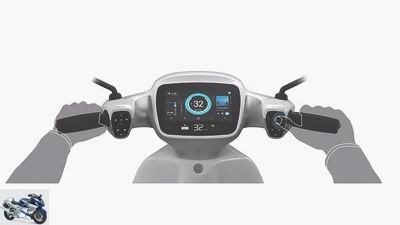 9/15
The touchscreen is locked while the vehicle is in motion; the thumb buttons on the handlebar are used to control it. 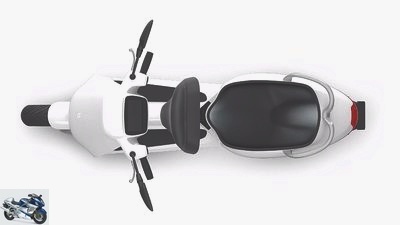 10/15
The storage compartment under the bench holds 60 liters. 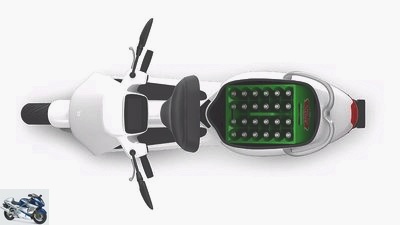 11/15
A beer crate even fits in the storage compartment under the bench. 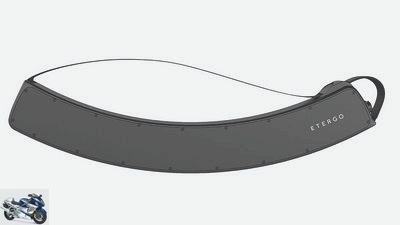 13/15
The battery modules can be removed and with a weight of 7.5 kg they can also be easily carried. 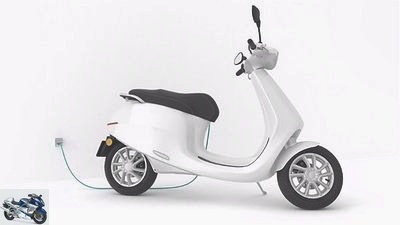 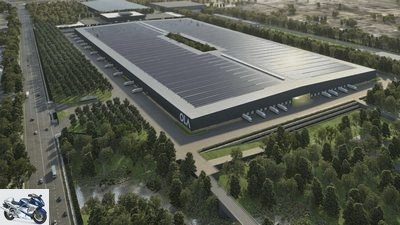 15/15
In such a mega factory, Ola Electric plans to manufacture up to 10 million electric scooters a year in southern India.

The Ola Electric Scooter is based on the AppScooter from Etergo. The Amsterdam startup was taken over in 2020 by Ola Electric, an Indian manufacturer that is building a mega-factory that extends over an area of ​​500 hectares and is expected to produce up to 10 million scooters per year.

Ola is expected to present its first S series electric scooter model for India in August 2021. The booking list is said to have been well filled with 100,000 pre-orders within the first 24 hours. If the booking system hadn’t been overloaded because of the huge rush, it could have been more, according to the manufacturer. In order to be put on this list, interested parties had to pay 499 Indian rupees, or around 5.70 euros.

It should achieve a proud 240 kilometers of range on a single charge if the speed is 20 km / h and the route is flat. Realistically it will be around 150 kilometers.

Prices for India and Germany

The purchase price for the Ola Series S in India has not yet been officially announced, but is estimated to be around 100,000 INR, which would be a little more than 1,130 euros. The basic version of the Ola Electric Scooter is powered by a 2 kW (2.68 PS) electric motor, while the more expensive versions have a 4 kW (5.36 PS) motor. A top speed of up to 45 km / h is to be expected in the base, in the stronger versions it should be up to 70 km / h top speed. The most powerful variant supposedly comes with 7 kW of power (9.38 PS) and should bring it to a top speed of 95 km / h. In Germany, the electric scooter has been available as the Etergo AppScooter from around 3,400 euros since 2019, with variants of different strengths also available. The scooter comes with a drive unit swing arm at the rear and a one-sided wheel guide at the front and offers space for two people.

The highlights are in the details. The AppScooter does not rely on a conventional tubular steel frame, but on a self-supporting monocoque made of fiberglass laminate. This should be more torsion-resistant than tubular constructions and more durable. The storage space under the fold-up bench seat holds 60 liters. It not only fits 2 helmets, but also a whole case of beer if necessary. 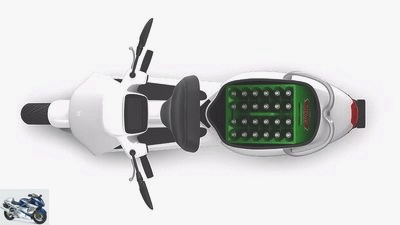 A beer crate even fits in the storage compartment under the bench.

The AppScooter’s cockpit is dominated by a seven-inch touchscreen (Android system) that can be networked with a smartphone (Android and iOs). Thanks to the SIM card used, the electric scooter even has an Internet connection. A navigation function is already permanently installed. This means that not only are all information about the vehicle available to the driver, but also all of the smartphone’s apps. Since the touchscreen is locked while driving for safety reasons, two thumb switches on the right and left of the handlebar are used for control. Integrated loudspeakers provide listening enjoyment even while driving.

The energy for the drive is provided by a removable lithium-ion battery with a capacity of 1,155 Wh per module. Equipped with a shoulder strap and a grip tape, the 7.5 kilogram energy storage device should be easy to remove for charging at a conventional socket. The batteries used do not take away anything from the storage space – they are inserted via the storage compartment under the seat, but then have their place in the footrest. 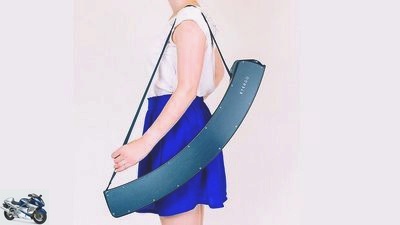 The battery modules can be removed and with a weight of 7.5 kg they can also be easily carried.

Almost 4 hours are specified for an 80% charge, the battery is fully charged after 5.5 hours. With a fast charger, the charging times drop to 1.5 or just over 2 hours. A maximum of three battery packs can be installed in the AppScooter. The ranges are 80, 160 and 240 km (at an average of 20 km / h). Each additional module costs 699 euros extra.

Dimensions of the electric scooter

The AppScooter is 1.86 meters long, the wheelbase is 1,345 millimeters, and the seat height is 800 millimeters. The specified weight is 74 kilograms. It rolls on standard 12-inch wheels with 110/70 tires. Disc brakes slow down both front and rear. A one-sided telescopic fork cushions and dampens at the front and a horizontal strut at the rear.

The Ola Series S / Eterga AppScooter scores with a fair price, plenty of storage space and modern functions. Space for a crate of beer under the seat – nobody will imitate it anytime soon.