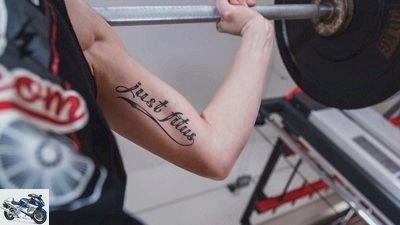 The slogan is short is simple. It fits on the inside of your upper arm and it describes you perfectly. At least if he’s not the only thing we know about Carolin Fitus.