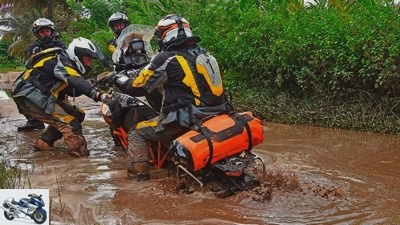 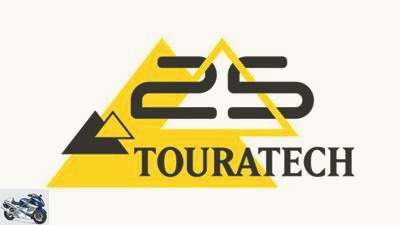 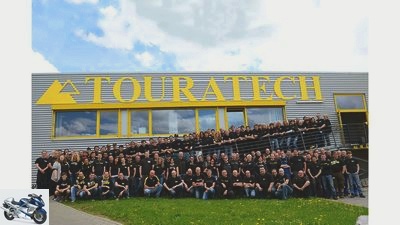 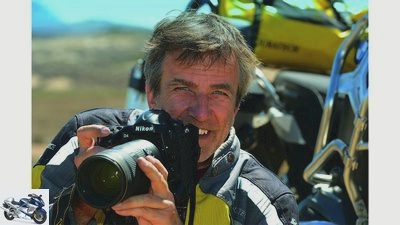 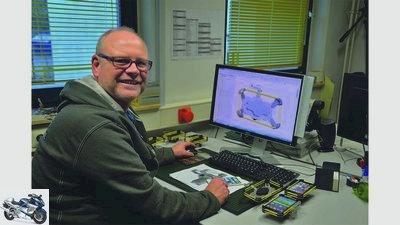 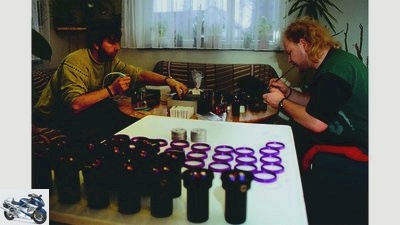 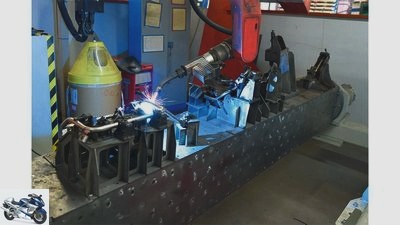 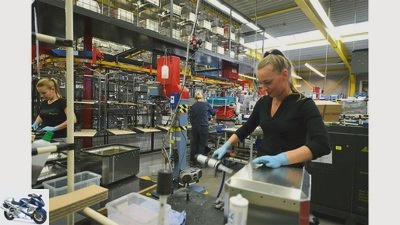 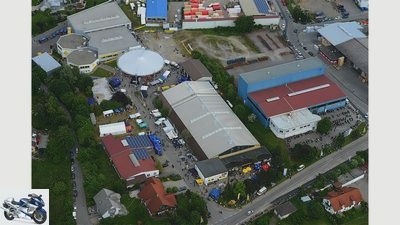 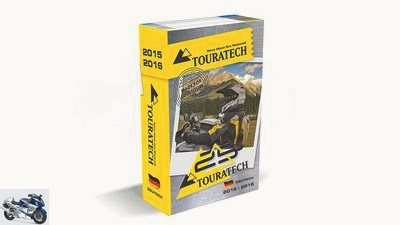 +++ UPDATE from 5. January 2018 +++ The truck outfitter Happich from Wuppertal has been the new owner of the insolvent Touratech AG since January 1, 2018.

The truck outfitter Happich from Wuppertal has been the new owner of the since January 1, 2018 Touratech AG. Touratech announced this in an official announcement. In the press release it says:

After the takeover of Touratech AG by Happich GmbH on January 1, 2018, the newly founded Touratech GmbH started business operations at the Niedereschach location.
Almost all employees could be taken on as of January 1st, 2018 and production, sales and administration as well as logistics will continue at the location in the Black Forest.

Alberto Reinhart (CEO of Happich AG) and Marc Pelzer (owner of Pelzer Swiss Holding AG and therefore Touratech) will take over the management. “Touratech GmbH will continue to be the market leader in motorcycle equipment for adventure and travel”, promises Alberto Reinhart, CEO, “and with an optimized product portfolio, we will continue to offer Touratech products in the well-known top quality for motorcycle manufacturers in the premium segment and for travelers and adventurers around the world.” Intensive restructuring measures in the areas of production and logistics are now intended to bring about fast and efficient delivery processes.

Herbert Schwarz, founder and former managing director of Touratech AG, no longer appears in the imprint. On his Facebook profile he reports: “2018 back to (Herbert) SCHWARZ” and “Same passion – new company. Stay tuned!” Translation: We are curious when and in what form.

Happich GmbH specializes in the interior fittings of trucks and buses. The investor intends to continue to run Touratech as an accessory specialist for touring and off-road motorcycles. Neither the previous business model nor the Niedereschach location in the Black Forest will change. Almost all employees were also taken on.

Both details of the terms of purchase and the purchase price were agreed not to disclose. The Happich Group was insolvent in 2009 and was taken over in 2010 by Pelzer Swiss Holding AG, to which it has belonged ever since.

Three months after Touratech’s completely surprising application for bankruptcy, the Villingen-Schwenningen District Court officially opened the proceedings on November 1st. Since the insolvency application became known, according to insolvency administrator Dirk Pehl, more than a dozen potential investors have submitted offers for the company, which has grown very quickly into an international company. These include both financial and strategic investors, ”said Pehl. Competitors are usually referred to as “strategic investors”, in the case of Touratech this means other companies from the motorcycle and accessories industry.

Due to the lively interest, the insolvency administrator appointed by the local court is “confident of finding a good solution for the company” and “giving the around 400 employees security again.” Business operations at Touratech not only continue unchanged, the company has due to the continued high demand, for example for their aluminum suitcases, even wanted new employees during the preliminary bankruptcy. Pehl sees this as a “great vote of confidence” on the part of customers from the motorcyclist scene.

In addition, Touratech has received “a major order for the next three years with a volume of several million euros” from the motorcycle industry. The company is currently represented at the EICMA trade fair in Milan, and the Touratech catalog 2018 will also appear in January.

At the beginning of November, the Villingen-Schwenningen district court will decide on Touratech AG’s application for insolvency filed on August 10, 2017. It is very likely that the judge will allow the application and officially open the bankruptcy proceedings. Afterwards, creditors can register their claims.

When asked by MOTORRAD about the current situation of the Black Forest accessories manufacturer, the office of the insolvency administrator Dirk Pehl (who was still provisional up to the opening of the proceedings) said that talks were being held with potential investors. As is customary in such cases, there has so far been absolute silence about their content and who is eligible as an investor.

Marketing employee Margit Rowley, who is responsible for press work at Touratech, described the mood of the company’s 400 or so employees as “cautiously optimistic.” Business operations continue regardless of the insolvency proceedings. Touratech accepts orders and can also deliver, confirmed Ingo Schorlemmer, press spokesman for the insolvency administrator.

The important things first: “Nothing changes at first”. For Touratech’s Head of Marketing Alex Schonborn, one thing is crucial on the Monday after the bankruptcy petition became known: “Business operations continue as before. Our range of goods is available, and with very few exceptions we can of course also deliver.”

On the second Friday in August, Schonborn and the 400 or so Touratech employees had the terrible news that their company could not pay outstanding bills and was therefore on the brink of having to take it to the weekend. But already on Monday most of them returned to work with a kind of defiant optimism. The wave of solidarity expressions from customers around the world that went through social media over the weekend gives hope. Schonborn: “If this solidarity is also expressed in the fact that our customers do not let us down, we would have gained a lot.”

What happened? On August 10th, Touratech filed for insolvency at the Villingen-Schwennigen District Court. Together with the provisional insolvency administrator Dirk Pehl, Touratech boss Herbert Schwarz informed the employees about this step at a works meeting on Friday. How could it come to insolvency? In 2016, Touratech moved into a new production facility built for several million, later than planned. But not only logistical, but also software problems have ruined the start-up. “Significant production and delivery failures” resulted in the consequence “eventually to bankruptcy”, so the official press release of the liquidator.

What’s happening now? The insolvency administrator will try together with the company management to get Touratech back on the road. It is vital for the company to have material delivered in order to be able to continue manufacturing products at all. “The point is to put the company on a sound financial and economic basis in order to preserve the location and jobs as much as possible”, explains the liquidator. And adds: “Wages and salaries are paid.”

The approximately 400 employees of Touratech AG came together today for a works meeting and were welcomed by the board of directors and the provisional insolvency administrator Dr. Dirk Pehl informed about the bankruptcy. Business operations will continue unchanged. Wages and salaries are paid.

The press release states the reason: “The cause of the bankruptcy is the delayed implementation of the new building, which was necessary due to increased demand. The associated difficulties on the part of logistics and production as well as the considerable production and delivery failures ultimately led to bankruptcy.”

The preliminary insolvency administrator will now first get an overview of the economic situation of Touratech AG and examine restructuring options. “Before filing for insolvency, Touratech and its consultants had already drafted the first basic principles for a restructuring concept,” said Pehl after his first inventory. “The first thing is to implement the restructuring that has already started and to develop options to put the company on a sound financial and economic basis in order to preserve the location and jobs as much as possible,” continued Pehl.


Touratech in the company profile

Accessory giant from the Black Forest