The English suburbs had become accustomed to Triumph escapades. The brigands punked on the handlebars of the Speed ​​Triple, ignoring the dandies who camped on the Bonnevilles du revival. For ethnic leaders with evil eyes, the Rocket 3 and its excessiveness were ideal. The clans divided the towns of England among themselves, until a new wind blew through the smog mists.

As they approached, the stranger was wearing neither a kilt nor a coat of arms, but no one was fooled by his origin, presumably the Highlands. He did not show up because everyone was warned of his arrival by the scent of the internet. But he was one of them! So they grouped together, greeted him, then one of them dared to ask the question that each had on the end of the headlights:
“We know your big cousin, Tawny 1050 as he is called here. But you, even though you have 3 legs like us, you don’t have the size of our home. What are you dragging your tires that smell of dirt and road? “The Tiger 800 then had no choice: play fair, and tell its story..

It all started when Hinckley left. The factory had given birth to fraternal trail twins. The most seasoned 800 XC set off for the Scottish highlands to train for its backpacker destiny and cultivate its thirst for off-roading. His brother followed him for a while but quickly XC said:
“Look, it’s not for you up there. You don’t have the right wheels; I have 90/90, 21 inches and spokes; you 110/80 in 19 “on aluminum poles. And I can put on my choice of tread or nipple tires. Your fork is thinner, you have fewer settings and you won’t be able to overcome obstacles like me with your suspensions lower by 40mm. You are made for the city. You still have good travel and can go where the roadsters hesitate. With your shorter wheelbase, your 5 kilos and 35 mm less saddle height, and your less open column angle, you’ll be sharper, more accessible and more reassuring than me. And don’t worry bro; we have the same heart. Your 95 horses, they will bring you respect in the city “.

On that with its 3-cylinder block 799 cm3 derived from that of the Street Triple, the latter could have it bad to share its entrails, especially if the mechanical base is the same, the larger cubage of 124 cm3 has enough to make someone jealous. Generous power for quick and light speed through the city, frolic as only a trail can do, this is the niche of the 800 Tiger. A more relaxed driving position than a roadster, straight back, ideal crossing ability in urban terrain, this little beast seems to have understood the country. But a diplomat as he is, he understood that he had to… ..within the BMW F 650 GS but not the friends. Thus, if its engine is larger than that of the 675 Street Triple, its power is lower so as not to upset the little roadster troublemaker. What he didn’t tell him was his torque value of 8.1 mkg, higher and obtained earlier..

Equipped with a new frame and a more than nice 3 cylinders (both shared with the 800 XC), the Triumph trail plays in the mid-size category, like the fire-Transalp but with much more fishing and a chassis one level above. Placed just under 10,000 euros, the price is well placed, certainly higher than that of the direct competitor, the BMW F 700 GS, but the English offers one cylinder and 24 more horsepower than the German. An adjustable saddle that can adjust to two heights is standard, as is ABS; tire pressure monitoring is optional. Stretched between two sidewalks, the GS twins a growl before shattering the Tiger. The other Triumphs have stepped aside, that’s not their problem. No friends in the settling of scores, only the people who chant the winner. 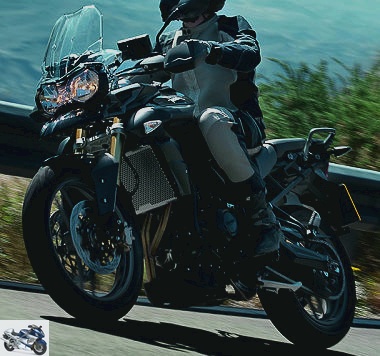 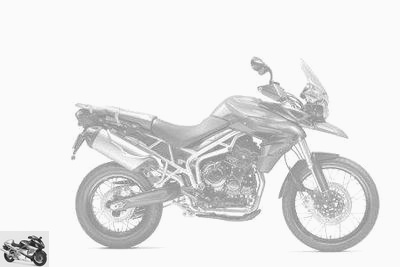 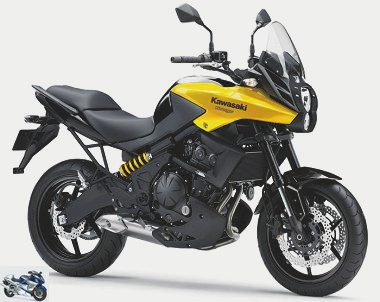 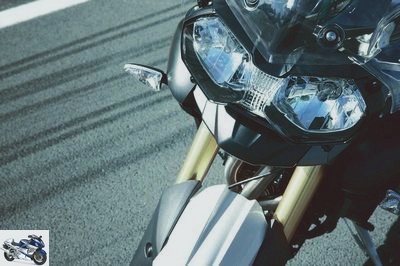 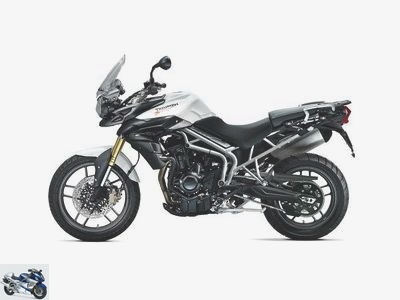 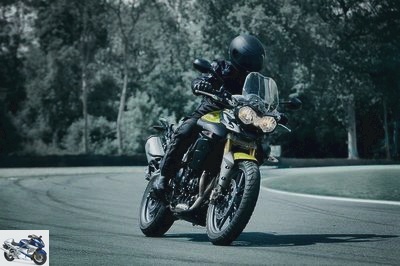 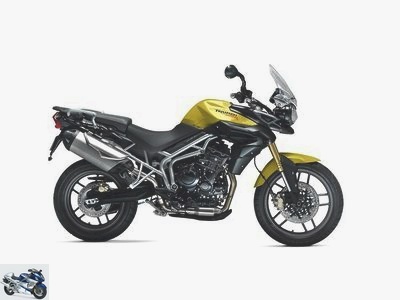 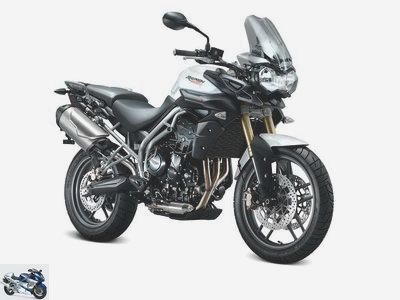 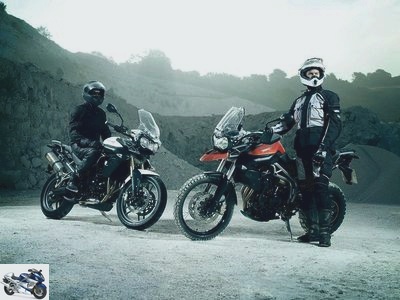 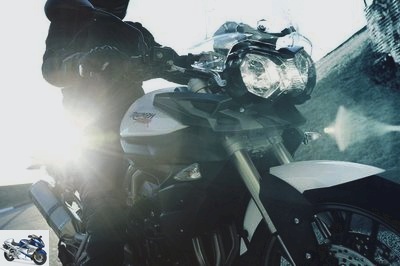 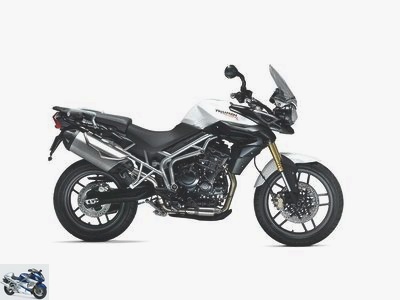 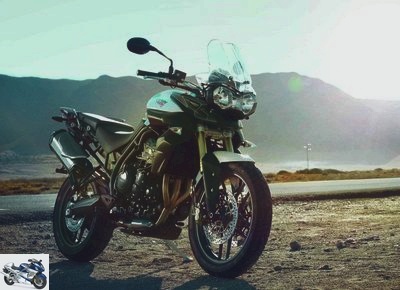 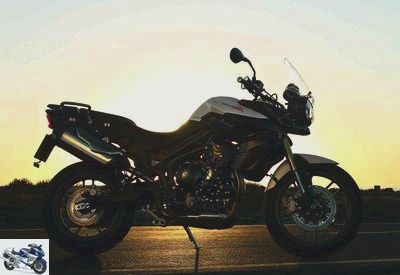 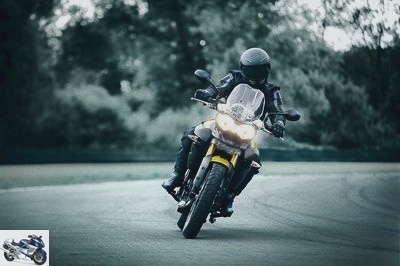 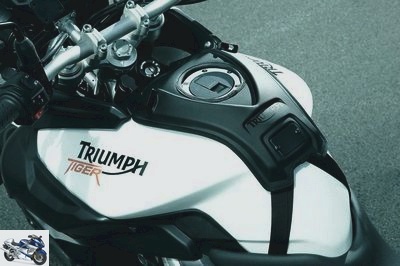 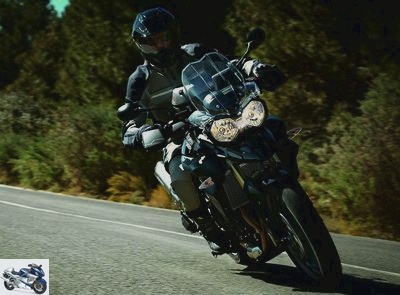 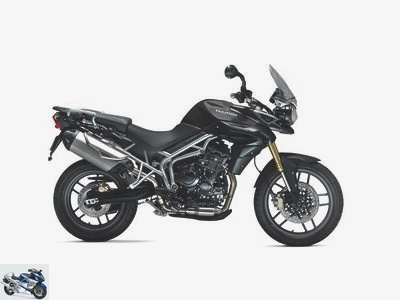