Introduced in France in 1970, the 650 XS was first and foremost the first four-stroke machine manufactured by Yamaha and it was also its largest displacement at the time. Indeed, at the time when we began to talk about anti-pollution standards, especially in the American market which alone already represented the most important part of the world motorcycle cake, the leaders of the firm with three tuning forks then thought of expanding their range. Unlike the two other Japanese manufacturers Suzuki and Kawasaki, who first developed models up to 750 displacement before switching to the valves, Yamaha, whose highest cubic capacity did not exceed 350, made large displacement coexist with timing chain and smaller with light engine. At the time, it was the only mixed 2T / 4T road range from Japanese manufacturers …. 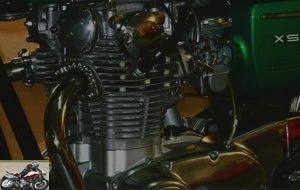 The 650 XS has a rare elegance for a large displacement of the time. It evokes finesse, thanks to its narrow tank and rigor, due to the perfectly vertical engine. A superb piece. Its design undeniably borrows a lot from the "so British" elegance of the Triumph Bonneville, which it takes on again. It was designed with the Toyota design office, which will provide Yamaha with all its experience with four-stroke engines, and in particular that acquired during the development of the 6-cylinder Toyota GT2000.. 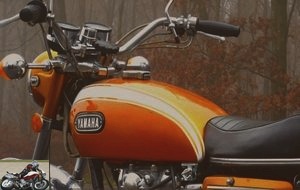 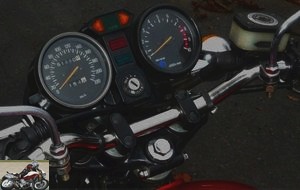 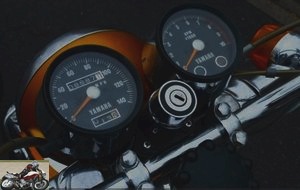 On the first versions (XS-1, XS-1B, XS-2 but also the first 447), the hoarse sound flowing from the two silencers (not that much by the way … but at the time, even the constabulary was a music lover), is a real treat and superbly accompanies vigorous thrusts or downshifts according to the convolutions. Enough to forget the very present vibrations. A 650 does not lack agility and faces the drudgery of traffic jams with a smile at the end of the cylinders.

With the sleek tank and the two side covers with their chrome embellishments covering the frame removed, we discover the Achilles’ heel of the beast. The one who, the first, fiddled with his big pilot fingers the intimacy of the beautiful, is called Percy Tait, champion / technician, to whom Yamaha entrusted the mission of returning to the dancer XS, a "road ballistics" and more trajectories. controlled in extreme conditions. It was done and well done. From the first 447 model, the 650 XS will no longer suffer from this somewhat “undulating” handling on bad surfaces. Once the frame is equipped with reinforcements and upper section elements, as well as a strut to stiffen the double cradle at the front of the engine, the handling of the Yamaha 650 will fall into the rank of "senior" ! 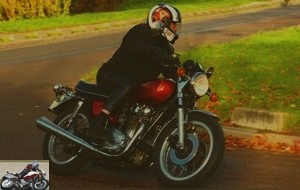 Once again, from the 447 model, the 650 shows a good rigor of behavior. Aside from the chirping in the fingers caused by the intense vibrations, the Yamaha swallows the asphalt running smoothly. Naturally, the lack of protection seriously affects the wearing of the head of the pilot, whose helmet is well tossed past 140 km / h. However, unless you have to, the motorway is not her favorite playground …. 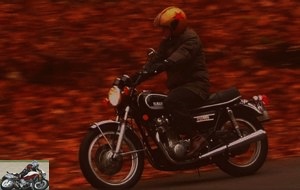 Surprise, whatever the vintage, a 650 XS overlaps with pleasure. The first models even had a support bar. In all cases, a wide and comfortable saddle …. 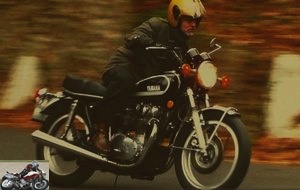 We really enjoy the small winding roads and the entire secondary network with these bikes. What happiness between each turn. On the other hand, in this little game, the XS-2 will quickly hold its own against its two drum sisters in certain sequences requiring muscular and enduring braking. The record that equips it rather honorably, while the front drum of the XS-1 and XS-1B versions will be more…. “Smoking” in some extreme cases …. 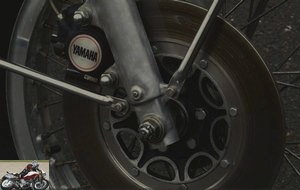 Whatever the vintage, a 650 XS consumes little. 7l / 100 by pulling on it like a goujat, less than six liters by piloting reasonably ….

If the bike has been 100% restored, no problem. The 650 XS is a reliable motorcycle, worthy of pampering like any old lady back in business after a facelift. She will appreciate being warmed up, not too heckled and bladder checked every 1000 kilometers. 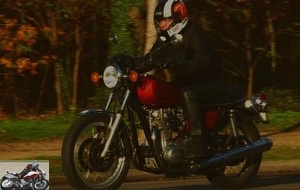 1970, model XS1. The favorite of collectors with its fork bellows and drum brake …. 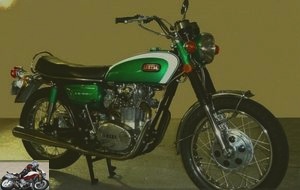 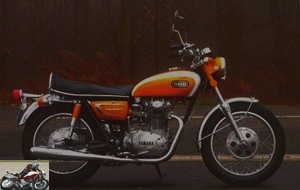 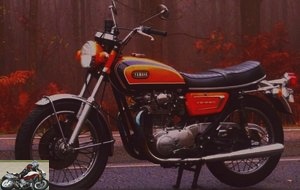 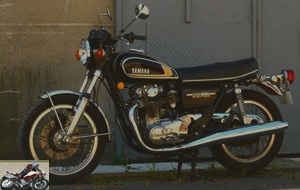 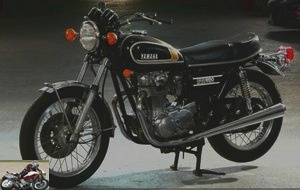 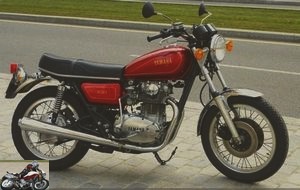 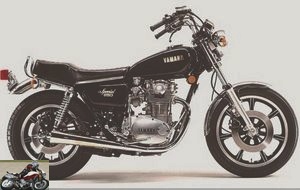 Distrust, prices are rising at a galloping speed. The recent craze for the XS 650 is taking its ratings to new heights. An XS1, restored to 100% competition condition, can be negotiated around 8,000 euros. Count a thousand less for an XS1B. The remanufactured 447 sell for plus or minus 6,000. H1 models from 76 are approaching 4,500 euros. It is however possible to find an XS "in its own juice", from 2000 euros ….

Appeared in 1970 and withdrawn from the market thirteen years later, finding a 650 XS is not very complicated. However, the first models XS1 and XS1B (1970-1971), remain the most sought after. Depending on the use you want to make of it (salon motorbike, motorbike for occasional use or motorbike to be used every day), it should be remembered that the versions prior to the 447 of 1975 vibrate a lot and have a rather poor road.

Starting with the second version 447 model and subsequent versions, whose fuel tank has rounded off for greater range, the XS is a little more opulent, but none the less elegant. Its beauty is now considered "classic" compared to the competition which prepares the passage to the 80s, often abandoning chrome in favor of plastic. Regardless, the reputation of robustness and reliability of the 650 XS is well established and impervious to fashions, it will keep its loyal fans until the end of its career, even made up as a chopper (Special SE in 78 or 3L1 the next year). It will last in France until 1983. This abundance of production is reassuring. Finding an XS is easy and fun, it can pay off big !

Pubs !
In 1977, Yamaha, proud of its valve line, featured its entire fleet on a full page of advertisements. Of course, the 650 XS presented as a flagship! (Photo A)
Sober ads for a motorcycle not being less…. The 650 XS is seduction in discretion…. (Photos B and G)

Finally an informative ad! The message shows that a 650 XS trip necessarily ends with a goatee game. (Photo F)