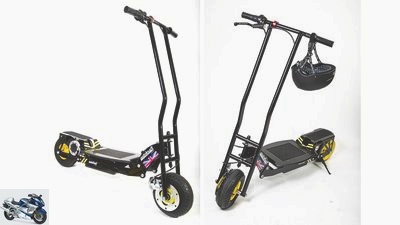 1/8
A new electric scooter is arriving from England. 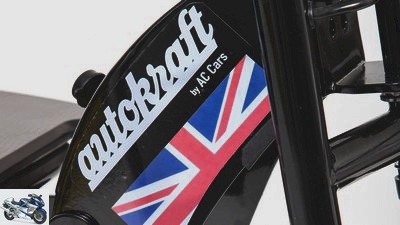 2/8
It is not made in China, but is built in the UK by Autokraft under the AC Cars label. 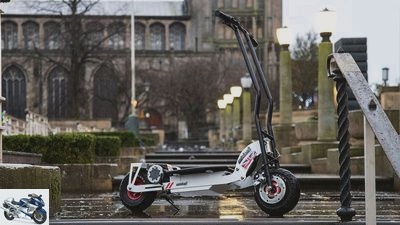 3/8
This makes the scooter a sister model to the legendary AC Cobra. 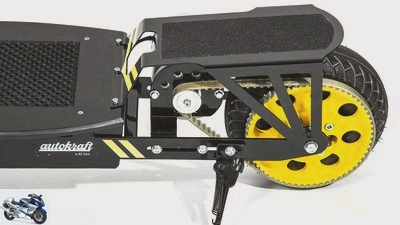 4/8
A 350 watt electric motor drives the rear tire via a toothed belt. 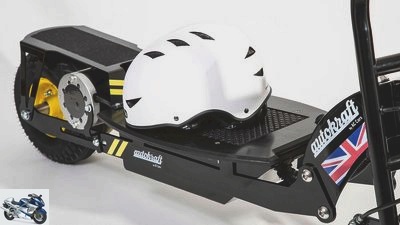 5/8
A 30 Ah lithium-ion battery sits under the footboard. 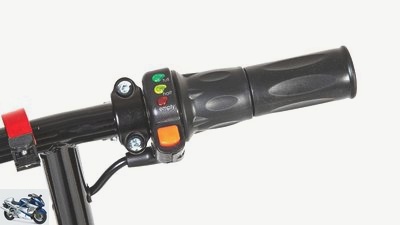 6/8
Different driving modes can be selected. 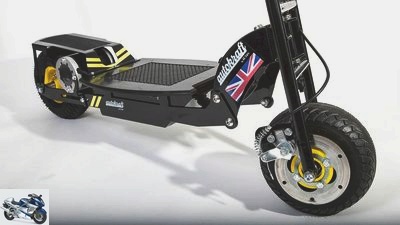 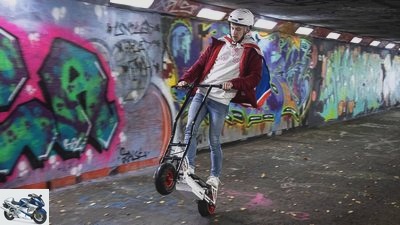 AC Cars e-scooter
From the cobra to the blindworm

AC Cars from Great Britain was once responsible for the brutal AC Cobra. After an electric version of the snake, the British are now even launching an electric scooter

The AC Cobra, built from 1962 to 1968, is considered the macho car par excellence. The Texan Carroll Shelby combined the filigree AC Ace body with fat Ford V8 engines and thus created a real monster. In the most extreme expansion stages, the Cobra contained seven-liter eight-cylinders with well over 400 hp.

The British brand Autokraft has held the right to the Cobra logo since the 1970s and is constantly issuing new versions of the Cobra. Most recently even with a purely electric drive.

With the move towards electric propulsion, the Cobra now even has a two-wheeled brother. It goes by the name TR560 and is completely manufactured in Great Britain. At the moment, e-scooters are not yet street legal in the UK, but the British government has already announced that this will be done soon as part of new mobility concepts. Until then, AC Cars will rely on a Dutch homologation. 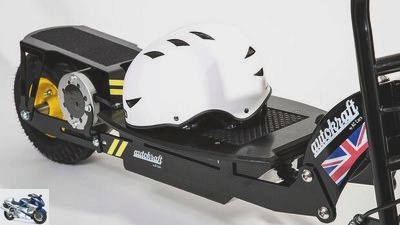 The TR560 has a 30 Ah lithium-ion battery. The 350 watt electric motor should make the scooter up to 25 km / h on its ten-inch tires. The range is specified as up to 50 kilometers. With the built-in charger, the energy storage device should be filled again after around 4.5 hours. The scooter itself weighs 30 kilograms and the load can be up to 100 kilograms. A cable-operated disc brake on the front wheel decelerates, and the lighting is based on LED technology.

The TR560 is available in ten colors at prices starting at around 1,850 euros.

Electromobility is blooming strange. Where a legendary AC Cobra relies on easily 350 kilowatts of drive power from a coarse V8 combustion engine, 350 watts from a small electric motor have to be sufficient in the AC e-scooter. The only good thing is that the scooter is not labeled with the Cobra logo.