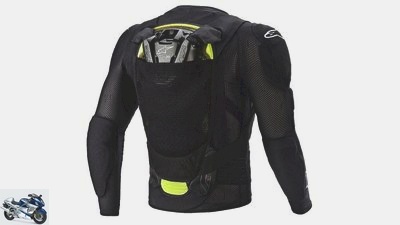 Airbag systems for motorcyclists have already arrived on the road. Alpinestars is now bringing the first airbag system for off-road pilots.

After this Death of two motorcyclists at the 2020 Dakar FIM is committed to making motorcycle rallying safer. Airbag protection systems for drivers will be mandatory in the future.

Alpinestars is now launching such a system for rally drivers. That Alpinestars Tech-Air Off Road was specially developed for the rigors of rally driving and offers protection for the upper body. Prototypes of the system have already been tested during Dakar 2019 and Dakar 2020. 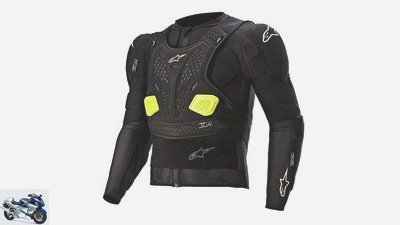 Tech-Air Off Road offers off-road drivers active airbag technology that is controlled by a specially developed rally crash detection algorithm. The airbag system protects the back, chest, shoulders and collarbones. The Tech-Air Off Road system is integrated into the well-known Bionic Pro v2 protector shirt from Alpinestars, which offers additional protectors on shoulders, elbows and in the chest area.

For now only for rally professionals

Tech-Air Off Road celebrated its premiere at the Andalusia Rally at the beginning of October 2020. At the upcoming Dakar, numerous rally professionals will compete with the new airbag system. For the time being, the use of the new system is restricted to rally professionals only.

When the Tech-Air Off Road technology will be available for everyone and at what price Alpinestars still leaves open.

Would you use an airbag system?

No, normal protector and safety equipment is sufficient.

Airbag systems are a great safety gain for motorcyclists. Saving airbags have already established themselves in the street sector. It’s great that off-road pilots can now benefit from it too.