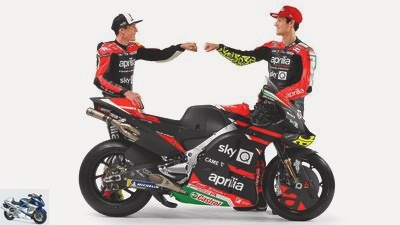 1/15
The Aprilia Racing Team Gresini presents its team for the MotoGP season 2021 shortly before the first test drives in Qatar. 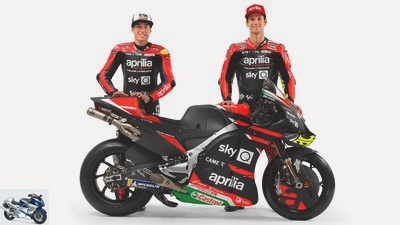 2/15
Aleix Espargaró and Lorenzo Savadori are still there as drivers. 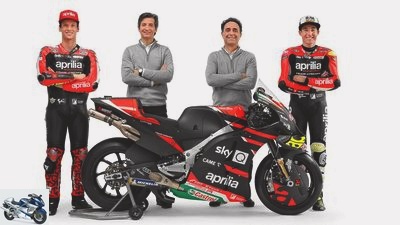 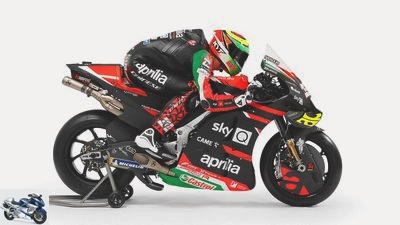 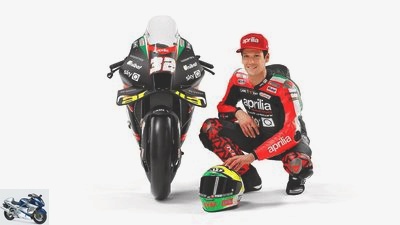 5/15
Savadori should continue to gain experience in MotoGP. 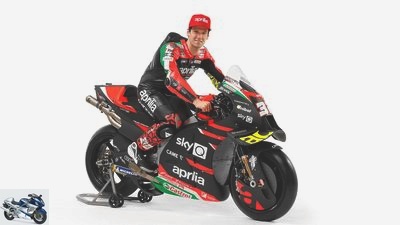 6/15
He only joined the team in the middle of last season. 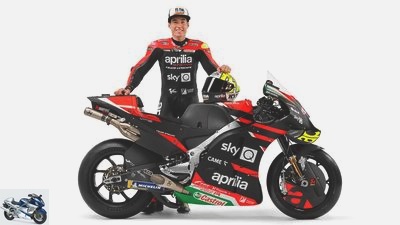 7/15
Aleix Espargaró is entering his fifth season with Aprilia. 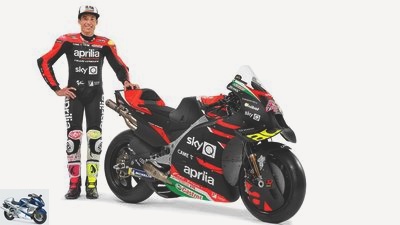 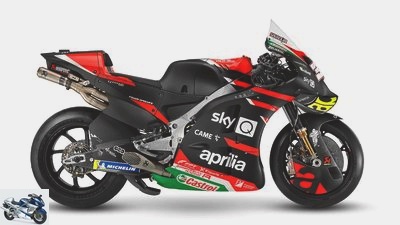 9/15
The racing machines underwent extensive further development over the winter. 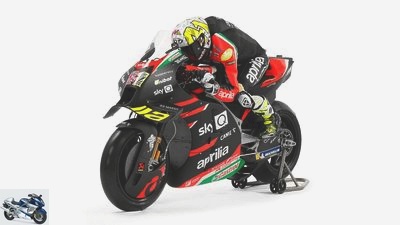 10/15
The progress is evident in the redesigned fairing, which is supposed to bring more efficient aerodynamics, … 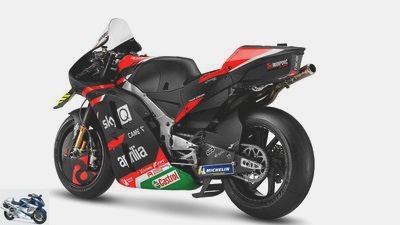 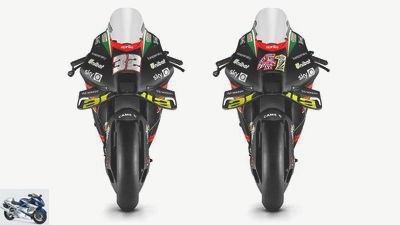 12/15
But also under the cladding should have been modified richly. 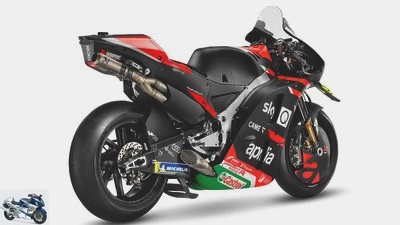 13/15
The chassis, the engine and the electronics were packed. 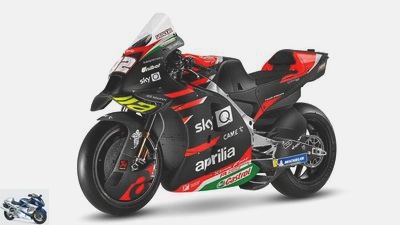 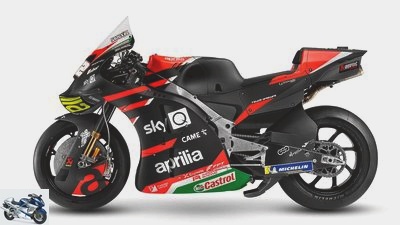 15/15
Of course, the Aprilia team also has goals. This year you want to pick up where you left off last year.

Ex-Ducati works driver Andrea Dovizioso is not racing for the 2021 season. In the Aprilia team, the Italian is allowed to extensively test the Aprilia MotoGP RS-GP rocket. A comeback on Aprilia may be due in 2022.

That Aprilia Racing team invited Andrea Dovizioso to test the new Aprilia RS-GP in Jerez from April 12th to 14th. The ex-Ducati works driver was back on a MotoGP rocket faster than he had thought. After his departure from Ducati, Dovi remained without further involvement in MotoGP. The Italian planned with a sabbath year.

It’ll just be a test

“It was a pleasure to invite Andrea. The days in Jerez will simply be an opportunity to get to know each other better on the track as well. It won’t “Prob marriage” but an opportunity to do a few laps together without making a binding commitment for the future. We are aware of all of Andrea’s qualities and his contribution will be important even for just one test”, explains Aprilia Race Director Massimo Rivola in the run-up to the first test date

“I was pleased with Aprilia’s interest and when we discussed the possibility of doing this test, I gladly accepted the invitation to get back to MotoGP and stay in shape and gave my feedback to the engineers. I would like to thank Aprilia Racing for this opportunity”, Andrea Dovizioso countered the invitation.

“Getting back in the saddle of a MotoGP bike was pretty exciting and I would like to thank Aprilia Racing for that. It was three very interesting days, mainly devoted to finding the best position on the bike. Together we decided to do another test in Mugello in about a month and to work on some aspects of the bike in the meantime”, Dovizioso commented on his Jerez test. 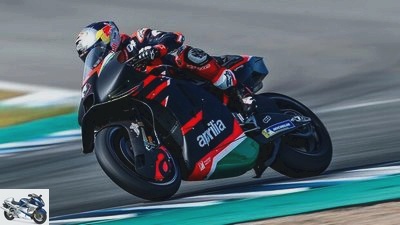 Romano Albesiano, technical director at Aprilia Racing, was also impressed by Dovizioso: “It was three very interesting days, also because of the joy and interest in sharing the vision Andrea gave us of the MotoGP motorcycle. His experience has shown us a clear and analytical method in approaching the fine-tuning of the bike. We had a sincere exchange of ideas with him and we really appreciated that. I hope he saw it that way too.”

After the successful start of the test, Dovizioso was allowed to drive the Aprilia again on May 11th and 12th in Mugello. However, the test drives literally fell into the water. The Italian could only try out the newly arranged seating position, which was very important to him. However, he couldn’t really push the RS-GP due to the bad weather conditions. Accordingly, Dovizioso did not provide any information about a possible future with Aprilia. However, further joint test drives were agreed.

Dovizioso is an option for Aprilia 2022

They followed on June 23 and 24 in Misano. This time Dovizioso was able to do more than 120 laps in the best conditions. His summary: “It was an interesting test”. The Misano test drives focused on the aerodynamics, electronics and general dynamics of the motorcycle. A lot has also been tried out in the chassis area. According to Aprilia Race Director Rivola, the tests provided important information for changes that could take effect in the second half of the season and of course will also be taken into account for 2022. Rivola’s comments on Dovizioso were also interesting: “Andrea has proven to be a great rider in terms of sensitivity and understanding of the bike’s behavior. In parallel with the tests, Aprilia Racing is taking measures to find the best solution in terms of the drivers who can compete in 2022 without waiting for the results of the next tests in July. Andrea is certainly included in the solutions we have evaluated, but there are very interesting and valid alternatives on the table and a decision must be made soon so that we can properly plan the future strategy of the team. The Assen weekend will be extremely important in this regard.”

That Aprilia Racing Team Gresini takes the MotoGP season 2021 under the wheels with the driver duo Aleix Espargaró and Lorenzo Savadori. Dovizioso was offered a place at Aprilia for 2021 after leaving Ducati. However, he declined this offer. The Italian also turned down an offer from Yamaha to become a test pilot there. The tests could mark the beginning of a MotoGP comeback for Dovizioso.

Audience favorite Andrea Dovizioso is returning to MotoGP – but only for test drives at the invitation of Aprilia Racing. Both sides do not want to derive any further obligations from this.