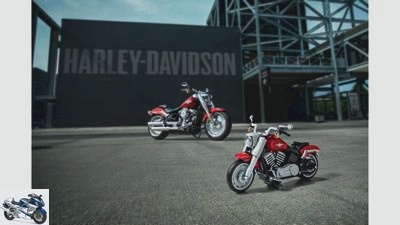 1/6
The Harley-Davidson Fat Boy will be available as a Lego building set from August 2019. 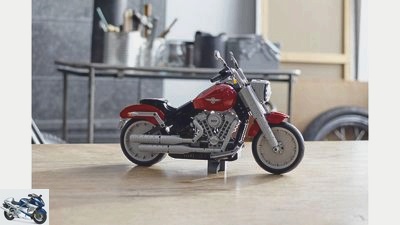 2/6
Some components such as the handlebars are movable. 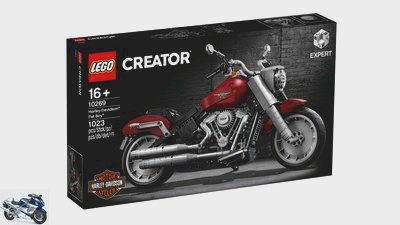 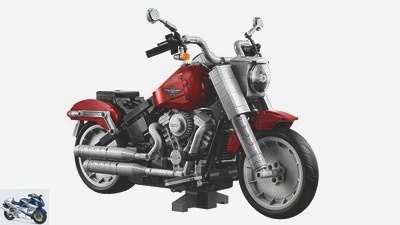 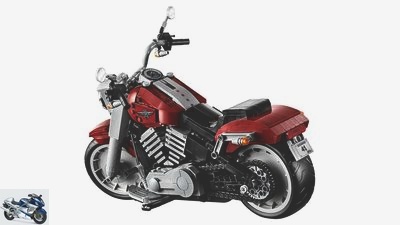 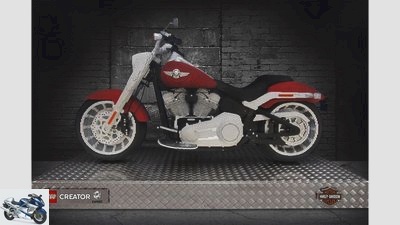 6/6
This Fat Boy from Lego elements in the original size was created in 865 working hours.

From August 2019, a Lego kit will be available for 89.99 euros (RRP), with which hobby hobbyists can recreate a Harley-Davidson Fat Boy in miniature format.

When developing the miniature model of the Fat Boy focused Harley-Davidson and Lego, according to their own statements, primarily on the attention to detail. The kit contains 1,023 parts. Some of the parts, such as the handlebars, shift and brake levers, rear tires and the pistons of the engine are even movable.

The Lego kit for the Harley-Davidson Fat Boy will be available in Lego stores and online shops from August 2019. The construction set should also be offered on other various online purchase portals in the near future. The recommended retail price is 89.99 euros. Incidentally, the set is not necessarily suitable for toddlers, as the recommended age of 16 shows. The level of difficulty in assembly should be correspondingly high. 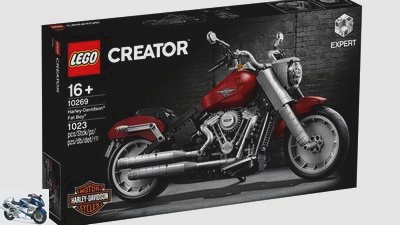 The Lego building set consists of a total of 1,023 parts.

The Harley-Davidson Fat Boy is not the first motorcycle that can be recreated in miniature using Lego components. Lego had already cooperated with at EICMA 2016 BMW Motorrad presented a kit with which the R 1200 GS Adventure can be assembled. The kit for the BMW Enduro consists of just 603 parts. The GS construction set is currently available on Amazon for a little more than 70 euros.

Lego has apparently also motivated the cooperation with Harley-Davidson. The Lego design team decided to also recreate a 1: 1 model of the Fat Boy from Lego parts. The replica of the Fat Boy is said to have been created in 865 working hours. According to the company’s own information, a total of 69,569 Lego elements were used for the Lego Fat Boy in its original size. The replica can be viewed in selected Lego stores in Germany.