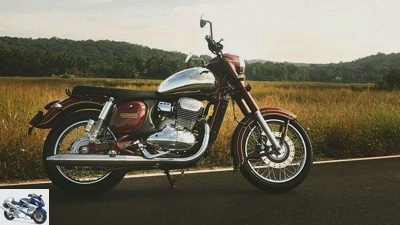 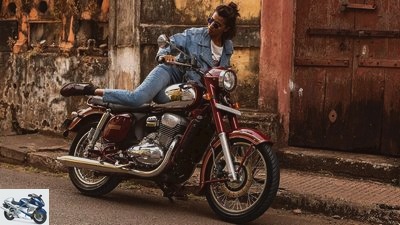 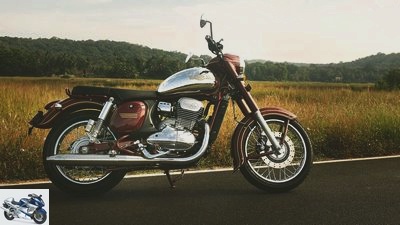 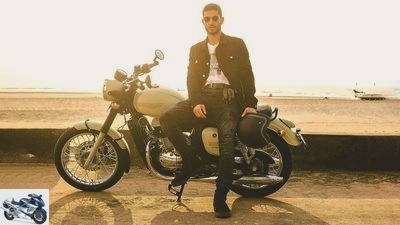 3/19
The Jawa Forty Two wears a simpler lacquer dress and no chrome. 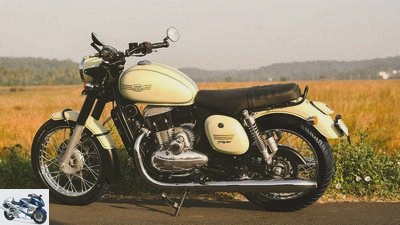 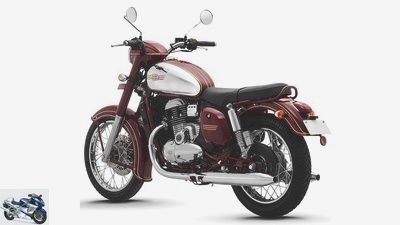 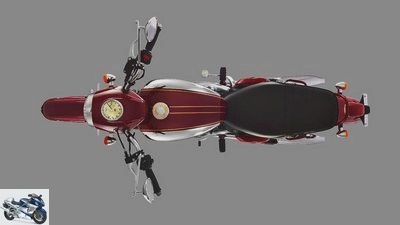 6/19
Wide handlebar, narrow line and speedometer in the lamp cover. 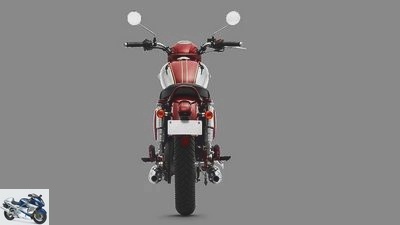 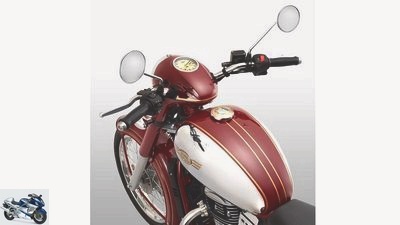 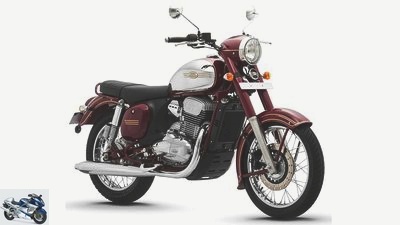 9/19
For the time being, the new Jawas will only be offered in India. 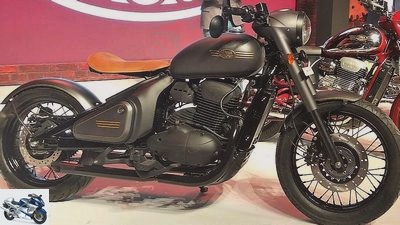 10/19
The Jawa Perak comes in bobber style with an enlarged single cylinder. 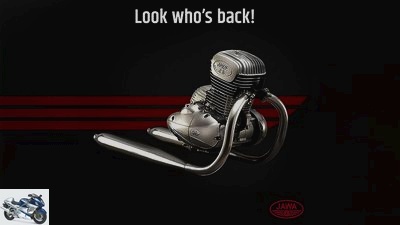 11/19
Mahindra is relaunching the Jawa brand in India. 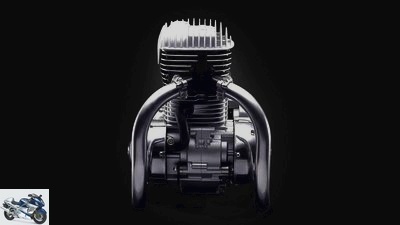 12/19
A new single-cylinder engine was developed for this purpose. 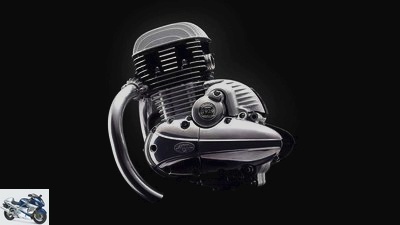 13/19
Visually it looks retro, technically it should be up-to-date. 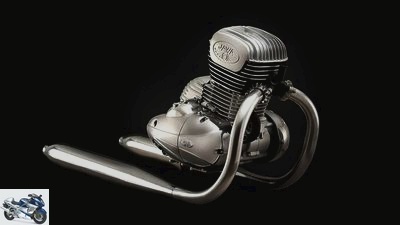 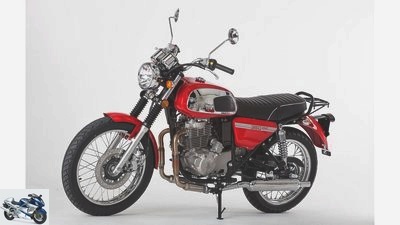 15/19
Visually, the Mahindra-Jawa models should be based on the original 350. 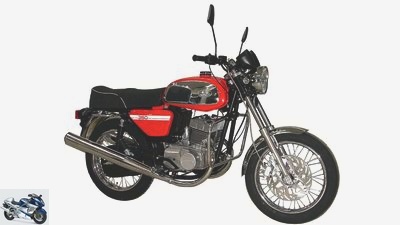 16/19
The new models should be clearly positioned against Royal Enfield. 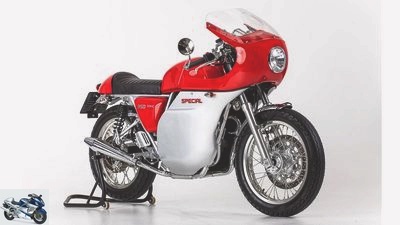 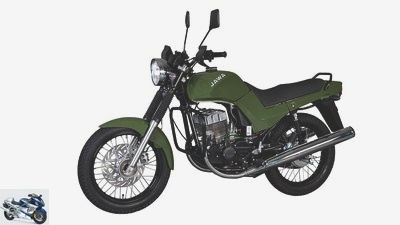 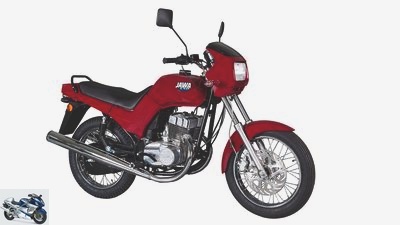 The new Jawa models, presented for the first time in November 2018, are manufactured by the Mahindra subsidiary Classic Legends Private Limited (CLPL) in Madhya Pradesh. At first it looked like sales outside of Asia would not really be an issue.

India-Jawa in the Europe offer

After the successes in Asia, the Mahindra Group toyed with the idea of ​​bringing the Jawas, initially only intended for India, to Europe. The Mahindra Group had announced the brand Jawa again “home” wanting to bring. Since Jawa is a motorcycle manufacturer from the Czech Republic, the launch of various Jawa models produced in India in Europe is obvious. At first there was speculation about a market launch of the Jawa 300, which should meet the homologation for the European market with the help of minor adjustments. Now there is clarity about the Jawa plans, because the Jawa 300 CL is now also listed on the manufacturer’s European website at a price of 6,000 euros. However, the model is currently only offered homologated according to Euro 4. However, the importer promises to also offer Euro 5 models in the future. In addition to the 300 CL, the Jawa 350 Perak will also come to Europe in 2021. The importer explains the technical data that differ from the Indian model by converting them to EU standards. The India model, which meets the new Indian BS6 emissions standard, which largely corresponds to our Euro 5, is almost four hp and two Nm more powerful and twelve kilograms lighter.

New engine for the restart

The Jawa models, which have been available in Asia since 2018 and which are optically based on the Jawa 250/350, are positioned directly against the machines from Royal Enfield. The new Jawas are fired by a likewise newly developed single-cylinder four-stroke engine, which looks like an air-cooled engine, but is actually based on liquid cooling. The 293 cm³ single with two overhead camshafts is fed by an injection system and should deliver 27 hp and 27 Nm. The two exhaust manifolds on the single cylinder are noticeable. It is shifted by a six-speed gearbox. The single cylinder was developed in cooperation between the Mahindra development center in Pune, India, and the technology center in Varese, Italy.

For the chassis, the Indians rely on a classic double loop frame. At the front sits an 18-inch wire-spoke wheel fitted with a 90/90 tire. The 17 inch rear wheel rim carries a 120/80 tire. The telescopic fork looks retro, and two struts work at the rear. The brake system also fits into the retro image: at the front, a single 280 mm disc slows down, while a 153 mm drum brake supports the rear – but in combination with ABS.

New jawas from the equivalent of 1,900 euros

The seat height is specified as 765 mm, the wheelbase as 1,369 mm. The curb weight should be 172 kilograms, the partially chrome-plated tank holds 14 liters. The new Jawa is offered in a basic version and as a Jawa Forty Two, which differ only in details and color, whereby both with the baroque shape and the large sheet metal fenders clearly rely on a retro design. The new Jawa models are available in India at prices equivalent to 1,900 and 2,000 euros. 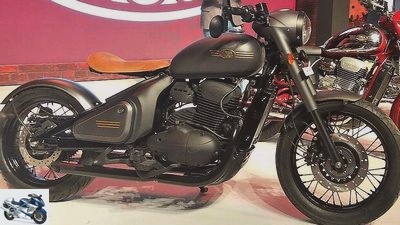 The Jawa Perak comes in bobber style with an enlarged single cylinder.

In addition to the two sister models with the 300 single, Jawa also showed the Perak in bobber style. It relies on a single-cylinder with around 30 hp that has been enlarged to 334 cm³. This should only start later and cost the equivalent of around 2,500 euros.

And the Mahindra Jawa concept seems to be working. As Mahindra reported, the entire production was sold out by November 2019. It is now being considered whether to offer the new Jawa models in other markets as well. One could currently imagine annual sales of 90,000 models. For sales in other markets, however, negotiations about further rights with Jawa in the Czech Republic would then be pending. At the same time, competitor Royal Enfield had to accept declining sales on its home market in December 2018 for the first time in years. In addition, with the Jawa success, Mahindra seems to be putting the revival of the BSA brand on hold for the time being.

Jawas from the Czech Republic

The Czech core brand Jawa itself currently offers a 350 and a 660 in different versions. The 660 engine is originally from Yamaha. The 350 comes from the Chinese manufacturer Shineray and is based on a Honda unit.