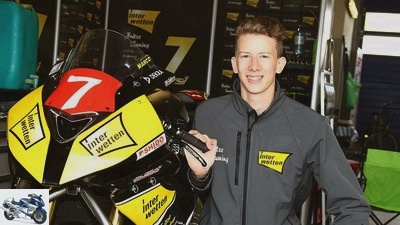 It had become quiet around the Austrian Marco Nekvasil. The bad luck with injuries stuck to him. Now he is returning to the IDM on a Wilbers Superbike BMW.

He had long been a preferred candidate for team boss Benny Wilbers. “Marco already convinced me in 2014 when he won the 1000 stock sport class. We had talks back then. But there was never a contract because he had no freedom with his team at the time and couldn’t even test. ” Wilbers Nevertheless, he continued to watch the 20-year-old and also noted his results in various endurance races. Now the cooperation is sealed. Next to Patryk Kosiniak, Nekvasil will replace the still injured Irek Sikora from the IDM at Lausitzring when Germany’s top class competes in the Superbike World Championship.

“We took our time to replace Irek”, reports Wilbers. “The driver should be young and talented and have a future.” What Wilbers is happy about Nekvasil: “Marco won the Stocksport Series in 2014 on a BMW and was already riding Dunlop back then. So he knows the tires well.” In addition to Wilbers-BMW, ​​Yamaha MGM and the Kawasaki Schnock Team Motorex, the teams in the IDM Superbike 1000 on Pirelli are at the start.

According to Wilbers, Nekvasil’s commitment should go beyond 2017. “I would like to have him on the team again in 2018. If Irek Sikora should be fit again at the end of the season, we’ll build an additional motorcycle.”