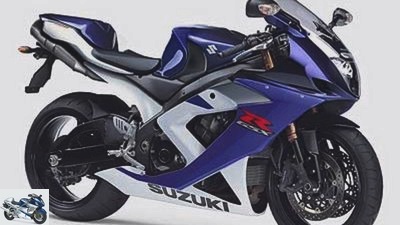 Draw a phantom image in a different way: Instead of darker hair, headlights lower, cladding more open, and so on. Witnesses who were already able to see the preforms of the new GSX-R 1000 and other projects helped with this detective work.