Norton is not an ordinary motorcycle manufacturer. It would be more fitting to present him as an English aristocrat with a passion for sports. His past testifies to it while his current sportsmen ennoble him. Its astonishing little Superlight presented last year aroused curiosity as much as surprised by the power of its mid-displacement twin.. This time, Norton shakes up the category, as well as beyond, with this simply astonishing SS variation.

SS is the identifier that Norton has for its exceptional models. Two strong letters which whistle on the tongue, in a short volume while a very particular mechanical organ has the strong breath in front of the Sino-English mechanics. Supercharged, the 650 cm3 twin-cylinder spits on this Superlight the breathtaking power of 175 horsepower !!!

Proofread as much as you want, there is no typo. That’s 175 nags, or 129 KW if you prefer, or even two and a half times the power of a Z 650. However, the block has not changed, neither in volume, nor in fuel. The power boost comes from the transplant of a compressor. With him, it’s a gain of 70 horsepower; almost 66% more than the original power. The ‘Supercharger ‘comes from Rotrex, a Danish supercharger specialist. It receives the reinforcement of an intercooler to lower the temperature of the intake air. As with any stuffed machine of this type, the compression ratio is revised downwards (from 13.4: 1 to 9: 1). But this is the only thing that is decreasing. Besides the watts, the torque increases strongly, from 7.7 to 12.75 Nm – the muscle of a 1200 Monster in a space of 6 and a half, that causes. To take the shock, the gearbox and transmission are taken from the V4. The weight also takes a little in the operation. An additional kilo, which will be considered negligible for a machine remaining under 160 kilos dry.

Still, a supercharger, air cooler, and all the parts needed for supercharging, it weighs. The Donington brand has done it well, and luxuriously to contain the weight and sublimate the buyers of the Superlight SS. Many elements are made of carbon, including the trim, the BST rims, the tank … as well as the frame and the swingarm. With this material, the Norton joins the ultra confidential club of motorcycles equipped with a carbon frame. Where there are a few Bimota, the BMW HP4 Race and the Ducati 1299 Superleggera.
All good for the rigidity and lightness. Thus constructed, the frame is 47% lighter than its aluminum counterpart. Swingarm claims 20% gain.

The electronics are also expressed, by modulating the ardor of the engine. On the Superlight SS, we find a 6-axis IMU, 3 Riding Modes (Rain – Road – Sport), traction control, anti-wheeeling, a standing start assistant and an Up & Down shifter. There is also a 7-inch color TFT screen, LED lights and a keyless start system..

If the carbon is impressive, the peripherals are also very well made. Brembo is on the brakes with superb 4-piston M50s, biting huge 330mm rotors. The rear features a 245mm profile with a 2-piston caliper. The brake master cylinders are also signed Brembo.
Italy in action before the corners, Sweden during. Damping is taken care of by Ohlins with a 43mm NIX30 inverted fork, TTX-GP rear monoshock and steering damper. In front and behind, everything is adjustable in all directions.
Norton does not forget an additional luxury patina with an embossed and stitched saddle with double fabric, machined tees, a chrome clutch housing, a titanium exhaust and the Union Jack in provocative position..

Kawasaki hit the headlines with its H2 and H2R, the first modern-era motorcycle to use a compressor. Norton goes further by combining the same type of technology with the exceptional use of carbon for its entire part-cycle. It offers a weight / power ratio never seen on a SuperSport, an unreasonable lust at all points, and an abominable price. The 50 future buyers will probably not care about this last parameter. Neither do we since we will never be able to afford it. But beyond dreams and dreams, this Norton is a pure fantasy machine. 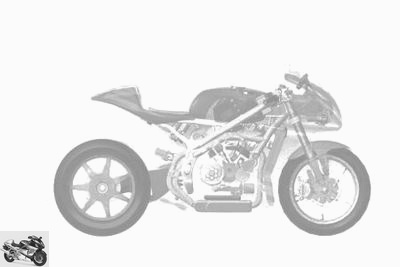 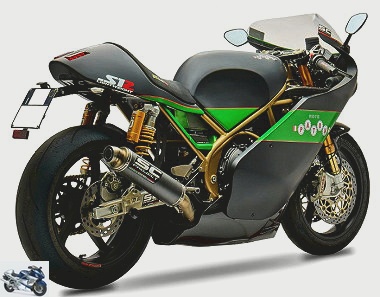 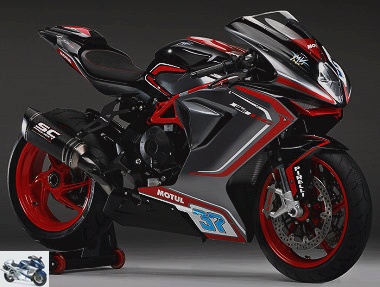 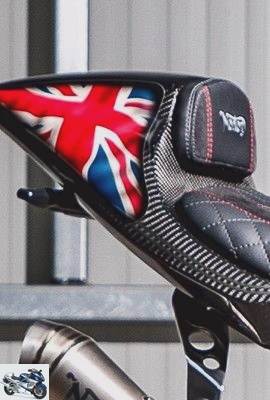 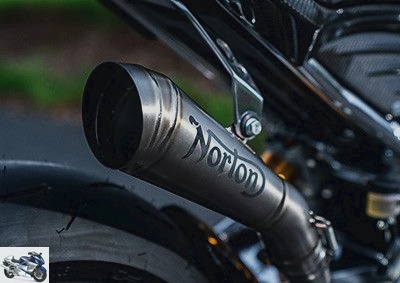 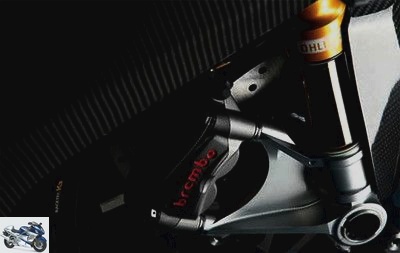 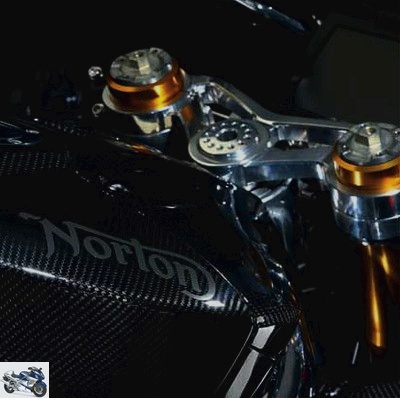 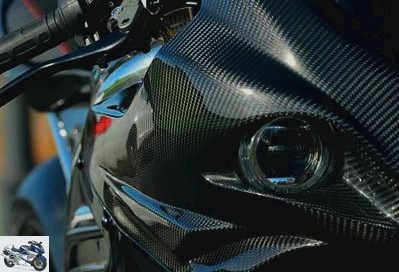