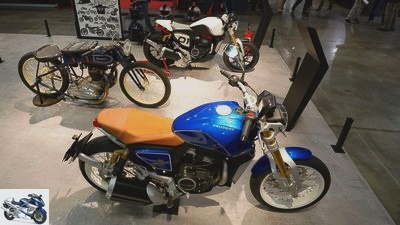 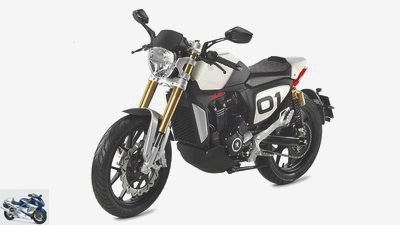 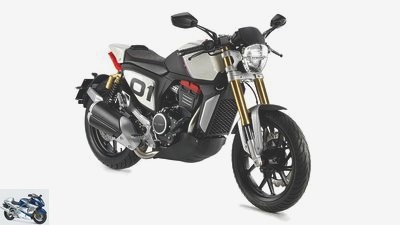 2/6
The P2X Cafe Racer comes as a sporty retro bike. 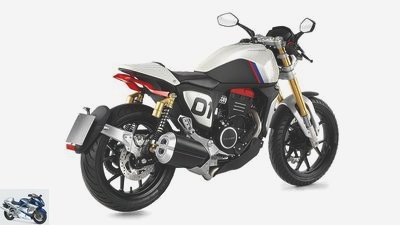 3/6
The basis for both models is the Mahindra Mojo. 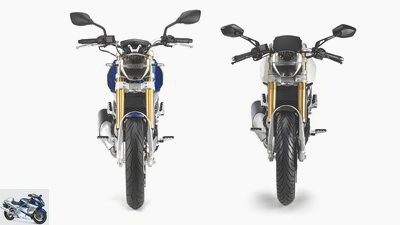 4/6
A 125 cm³ single cylinder is also to be developed for both models. 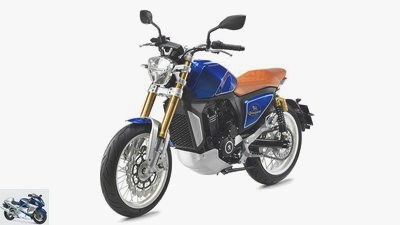 5/6
The Roadster relies on a neo-classic look. 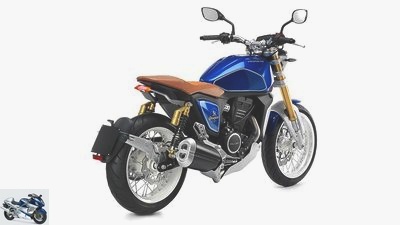 6/6
Both bikes rely on a liquid-cooled single cylinder with two overhead camshafts, 300 cm³ displacement, 28 hp, 32 Nm torque, a six-speed gearbox, a gold-colored upside-down fork and stereo struts with a reservoir at the rear.

With the two new models, Peugeot wants to re-enter the motorcycle market. Most recently, the French two-wheeler group, in which the Indian manufacturer Mahindra holds the majority with 51 percent, only produced scooters with two and three wheels.

Both bikes presented in Paris are based on the Mahindra Mojo and rely on a liquid-cooled single cylinder with two overhead camshafts, 300 cm³ displacement, 28 hp, 32 Nm torque, a six-speed gearbox, a gold-colored upside-down fork and stereo struts Reservoir on the hindquarters. There is also ABS, a five-inch TFT display in the cockpit with connectivity features. Disc brakes in wave design are used for deceleration, while the lighting is based on LED technology.

The P2X Roadster is based on the Peugeot 525 from 1930 with its neo-classic look and the chrome spoke rims with white rim base. The P2X Cafe Racer variant has cast rims, steering stubs and a one-man hump.

Later, Peugeot and Mahindra want to jointly develop a 125 cc single cylinder that will also be offered in these vehicles.