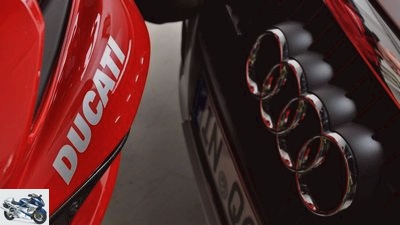 Again and again there were rumors about a possible Ducati sale. The VW supervisory board has now confirmed that the motorcycle manufacturer will remain in the group.

Another clear indication that the company will remain in the VW Group and under the roof of the car manufacturer Audi is that the Ducati Germany headquarters are currently being relocated from Cologne to Ingolstadt at the Audi headquarters. They move into new premises near the recently opened Ducati store in Ingolstadt.

At the VW general meeting in September 2020, VW CEO Herbert Diess had rumors about a possible sale of Ducati clearly rejected. The automaker had allegedly sounded out the market for an investor. As the news agency Reuters reported with reference to Insider, VW spoke to potential bidders about its motorcycle brand Ducati. The car manufacturer wanted to sound out whether there was any interest in the motorcycle brand. An actual sale is not planned. Much more, the rights structure of the motorcycle manufacturer is regularly checked in order to get interested investors on board. However, the majority of Ducati will always remain with the VW Group, even with a possible investor entry.

The future planning for Ducati and the two group sports car brands Lamborghini and Bugatti could also result in technology partnerships, restructuring and other options, including an IPO or a sale, it was said at the time. The Supervisory Board has now made a very clear decision on this. Contrary to previous plans, which VW even confirmed a few weeks ago, the Italian branch with Lamborghini and Ducati will not be split off and listed on the stock exchange, but will remain in the group.

This stands in front of Ducati

Herbert Diess, CEO of the VW Group, invalidated rumors at the end of September 2020 about a possible sale of various group brands, in particular Ducati and Lamborghini. Diess not only rejected the sales rumors, he praised the following brands and expressed his confidence in the sports and luxury segment: “Our luxury models Bentley, Lamborghini and Bugatti are coping with the crisis very well.” In connection with Ducati, he mentioned the steady and continuous growth of the products of the company based in Borgo Panigale.

Ducati has been part of the VW Group since April 2012. Sales in 2012 were 606 million euros and new registrations worldwide were 44,102 units. At Ducati we are currently talking about 716 million sales and 53,183 new registrations.

The sale of Ducati was already an issue in the VW Group in 2018 and 2017. In 2018, the then new VW CEO Diess thought out loud about selling the Audi subsidiary. Of “Fringe business” the VW group may split up, said Herbert Diess at the VW general meeting in Berlin at the beginning of May 2018. Become current “reliable future prospects” worked out, so Diess at the time. Outsourcing is also an option. In an interview with Handelsblatt in August 2018, Diess said: “Ducati needs a plan for the future, a perspective. How is the brand positioning itself technologically in the direction of electric drive? How is further growth possible? I can also imagine a merger or partnership with other brands. Simply having Ducati as a motorcycle icon in the VW Group is not enough from an entrepreneurial point of view.” Incidentally, the VW boss is very familiar with motorcycles. The manager was head of the motorcycle division at BMW from 2003 to 2007.

In 2017 there are said to have been a few companies that showed keen interest in a takeover. Harley-Davidson, Royal Enfield, Benetton, the former Ducati owner Bonomi, and several investment funds are said to have expressed interest. But at first the topic seemed to be off the table. At first, the VW works council had spoken out vehemently against the sale of Ducati. And starting an internal dispute about the small and financially insignificant subsidiary was out of the question for the then VW boss Matthias Muller in the middle of the emissions scandal. 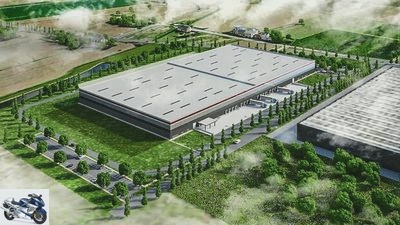 The joint logistics center of Ducati and Lamborghini is located near Bologna Airport.

At the end of 2017, Audi boss Rupert Stadler had apparently assured in an internal letter to Ducati boss Claudio Domenicali that everything would stay the same. Both Ducati and Audi had previously refused to comment on the subject. The sale of Ducati was also called into question due to the new joint logistics center (computer graphics above), which was built for Ducati and the premium brand Lamborghini, which also belongs to Audi, in Bologna.