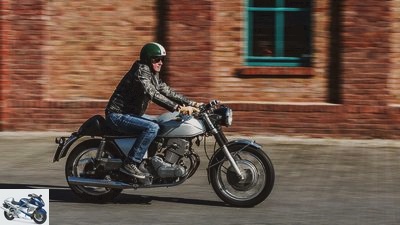 Re-checked: the big mistake
Sold but not revealed

Don’t we all know that? At some point you sold a motorcycle that you should have kept … The story of an unusual love with a happy ending.