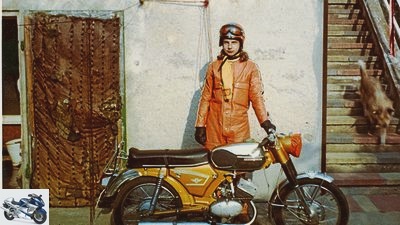 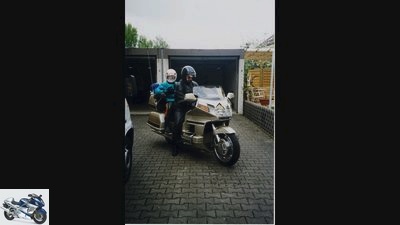 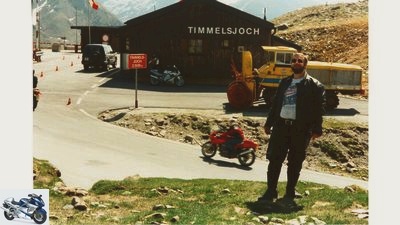 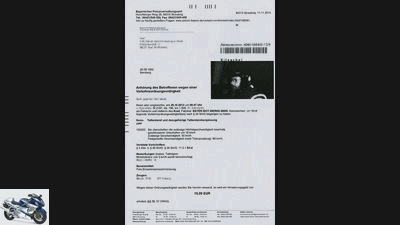 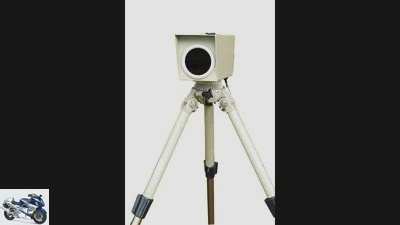 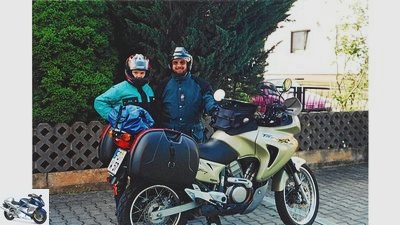 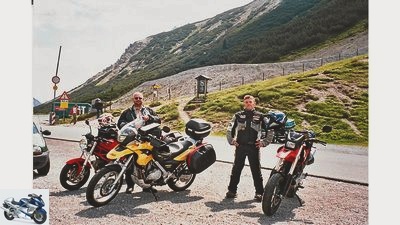 6/10
With son-in-law and daughter on the Hahntennjoch. Only he never drove the Stilfser. 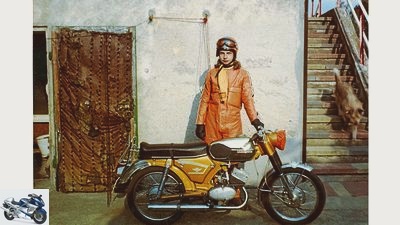 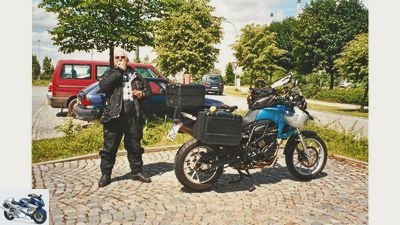 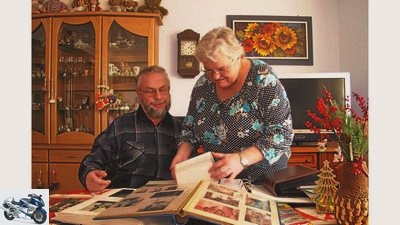 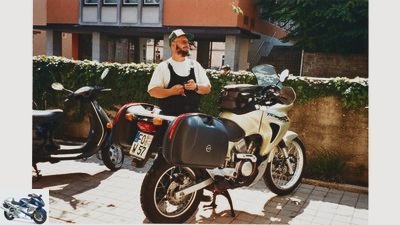 Report Flashed on the last trip

Because health no longer allowed it: after 200,000 kilometers the last bike was sold, the equipment disposed of. But suddenly an unexpected item appeared on the balance sheet.

“No, it’s not a Kreidler, it had fan-cooled only 5.8 hp at the time. I had a Zundapp with 6.25 hp!” Forty years later, Fritz Weib still had the data for his first moped ready to hand. This difference in horsepower should be clear to a MOTORRAD editor, his gaze flashes reproachfully through his glasses. But the long beard immediately shrinks into a benevolent grin when he slides the photo between the coffee cups over the living room table: “This is the Zundapp, the yellow scarf that should be tied to the handlebars in the event of a breakdown as a sign for others by the way from you. “

For the retiree from Forchheim in Franconia, the orange KS 50 marked the beginning of a fulfilled motorcycle life. He has had his two-wheel driving license since his 16th birthday and has traveled half of Europe in the saddle, almost always with his wife Rita on the back or later with one of their two daughters. Fritz Weib is proud of the fact that he “never had to give a penny, nothing, ever to the green race management”. “I’m not a speeder, but I always drove normally.” And a lot: “At times we didn’t even have a car, we even only went shopping by motorcycle,” explains the 58-year-old. “That was with the Yamaha XJ 600 Diversion. My wife also found a taste in her. ”Meanwhile, Rita is leafing through the photo albums on the table and nods to him:“ The Gold Wing after that was half a car anyway, ”she says. Both of them fondly remember the tours to Upper Bavaria, the Andechs Monastery, or the Danube to Weltenburg.

Rita and Fritz Weib ’motorcycle life outlasted eight different machines, the majority of which were Hondas. It ended on the morning of October 28, 2013 with her last motorcycle, a two-cylinder BMW F 650 GS, with a conscious decision and an event that shook Fritz Weib’s view of the world.

The decision was: “In terms of health, I stop driving.” For a long time, rheumatoid arthritis had restricted the mobility of the former warehouse clerk and caretaker. Towards the end of the season, Weib called BMW dealer Bauer in Bamberg and asked whether he would like to take the 71-hp BMW into commission. No problem, said BMW Bauer; so the two agreed on October 28, 2013 as the handover date.

The roughly 30 kilometers of motorcycle to the dealer should be Fritz Weib ’last:” Because I do things all or not at all. “It was consequential that Weiss had completely disposed of his and his wife Rita’s entire motorcycle equipment in the following 14 days. “I wanted to confirm the finality of my step.” The BMW was already gone. A 53-year-old Mercedes developer from Ludwigsburg discovered them on an internet sales platform, took a liking to Weib ‘modifications (wider seat, lower notches, higher handlebars) and bought them straight away at BMW Bauer in Bamberg.

First and at the same time last motorcycle ticket

Then Fritz Weib ’Motorradleben came back to him completely surprisingly: in the form of a letter from the Bavarian Police Administration Office – because the” permissible top speed of 50 km / h in built-up areas was exceeded by 10 km / h after a tolerance deduction “. In other words: On the way to the BMW dealer, white was flashed at 60 km / h in town. For the first time in his life. “That can not be a coincidence! Now I have an officially issued photo document of the very last ride of my 40-year biker existence, ”he says with astonishment.

Fritz Weib paid the 15 euro warning money long ago. He wants to frame the hearing sheet with the snap-in snapshot, which shows him with glasses and a long beard, unmistakably under his jet helmet. His first and last motorcycle ticket in 40 years will have a place of honor among the family photos on the living room wall.