Make no mistake, this Tiger 900 is just the tree that hides the forest. A nursery of variations to satisfy all the desires of trail enthusiasts. English sauce of course. More than an update, it is a major overhaul that allows the Triumph to consolidate its achievements, to assert an increased potential and to grumble on the competition.

It is also an opportunity to get rid of the coded names that accompanied each version. Between XR, XC, XCx, XYoupi and DBZ, it was a bit of a hassle to just grasp the differences between each. At present, we can quickly find out who from GT, GT Pro, Rally or Rally Pro can present the capacities capable of seducing. Except for those looking for a simple road trail. So we start with the most accessible, the basic model of the family. But although Triumph is thus presenting its 900 Tiger without a qualifying adjective, it is far from basic..

Everything is like a story of evolution, more and more. As if the shift upwards could not suffer any respite. A word that the Tiger refuses to imagine. Just like its 3 cylinder. Had he been living in his 800cc for too long? Was he no longer provoking enthusiasm? None of that, except it’s time to move on. A pinch of additional bore, almost 4 mm, and voila that the displacement climbs to 888 cm3 – from where the new name of 900. A good way to pass Euro5 without too much suffocation. However, don’t be fooled by the power presented right away. Yesterday in 800, today in 900, the medium displacement Tiger spits the same 95 horses.
True and false. This maximum power is available earlier, 750 rpm ahead of the tachometer. The couple present themselves as the main winner, with almost 1 mkg of gain. From 79 Nm at 8,050 rpm, the three-legged progresses to 87 Nm. Obtained at a speed lowered by 800 rpm. At all good to strengthen the recoveries and the availability of the block. Despite its 70 Kw, this Tiger cannot be clamped in A2 – Triumph preferred to offer this possibility to higher models in the range.

The 800 Tiger’s engine suited them very well. Hinckley, however, felt that a little more character wouldn’t hurt him. Along with his feverish outbreak, he changes the ignition sequence with a score in 1 – 3 – 2. A more present sound, more return in sensations and increased availability are the expected benefits..
In addition to the new internal parts to the engine, Triumph took the opportunity to change the air box, review the radiators and advance the thruster in the frame..

A redesigned structure too. The steel tube trellis modifies the shape of its tubes and now allows disassembly of the rear aluminum loop. No more need to untwist it when you got bumped into it by an olibrius from the A.R.A (the Old Alcoholic Rhinoceros). The aluminum swing arm is reconfigured and perforated. The efforts on the chassis are obvious as evidenced by the weight. The chassis of the Tiger 900 has lost 5 kilos compared to the 800. Mass has also been reduced on the engine and a few other components. In all, it is 7 kgs that release, taking the Triumph to 192 kg. The tank sees things differently, growing by a liter and carrying 20 units of benzine in the belly.

She’s proud, and she shows it. His gaze has frowned enormously while his bust gains in dynamism. A new LED signature displays the brawl. Underneath, a duckbill inherent to the category takes its place on all versions, while it was reduced to an insidious presence on the XR & co road versions of the Tiger 800. The rider will have his chest slightly straightened, the handlebars having been moved back by 10 mm. The saddle is a little narrower, making it easier to put your feet on the ground.

As it is an entry-level, this Tiger tempers himself on the presence in order to direct the interested party towards more upscale, richer, more expensive versions. It therefore ignores sophisticated suspensions (only the preload of the shock absorber is adjustable), the ABS is not cornering, we forget the hand protectors and the choice of colors is reduced. Not to say unique.
This Triumph trail is however far from dying. Not only is it the lightest of the siblings, but it still has two Riding Modes (Rain and Road), traction control, a 5-inch color TFT screen (7 on the other Tiger 900), a saddle adjustable in height, full LED lighting, assisted clutch, Marzocchi components including a 45mm inverted fork and Brembo Stylema calipers. Exceptional braking gear for this kind of machine.

The Triumph 900 Tiger sports a new identity, a revisited engine for more character and efficiency as well as a whole lot of sweets. That she took care to reserve in large part for her sisters of the highest order. The name seems to come from the T430 of the twentieth century as the bike enters full rim in the third decade of the millennium. With conviction. 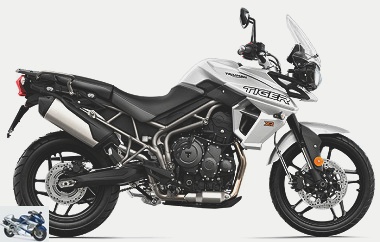 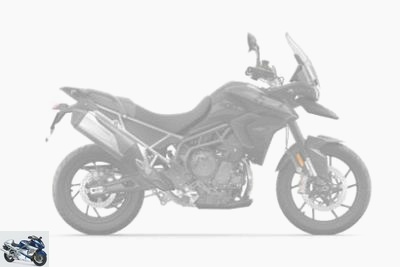 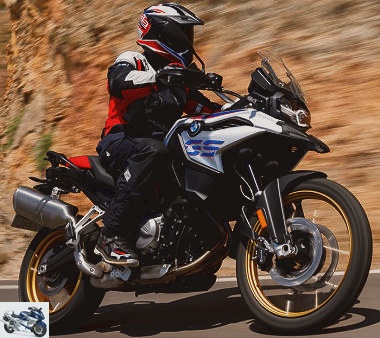 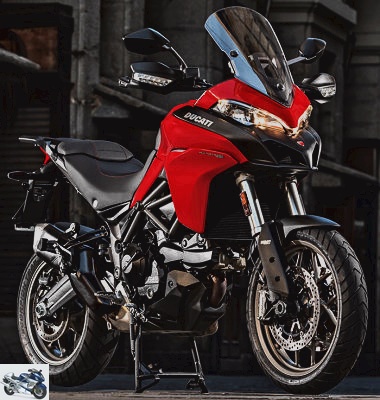 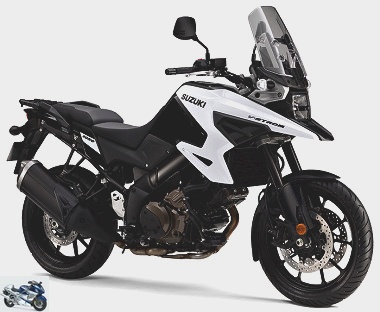 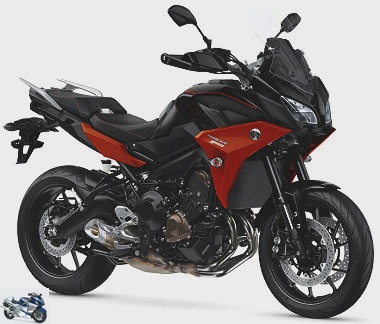 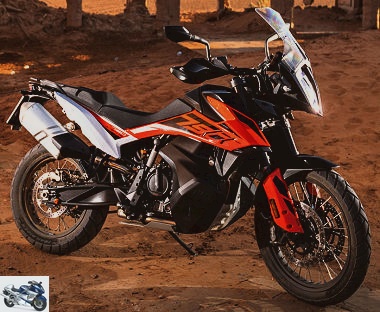 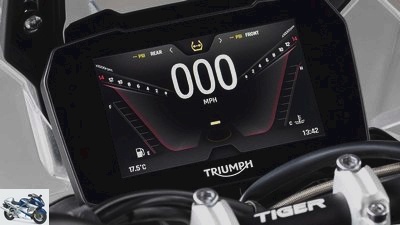 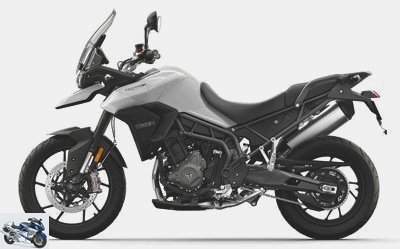 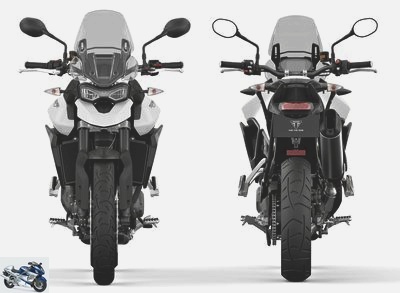 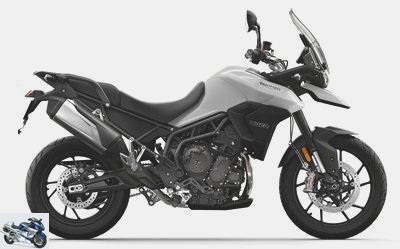 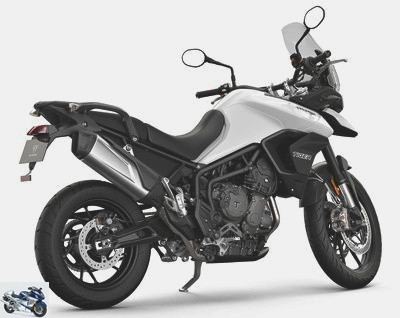 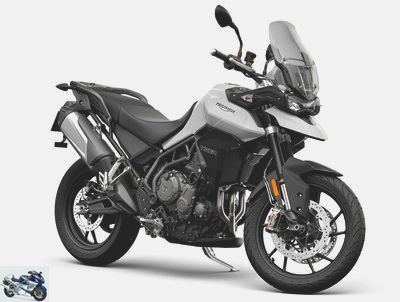 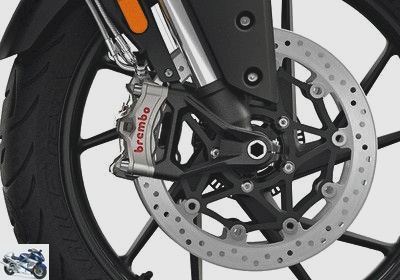